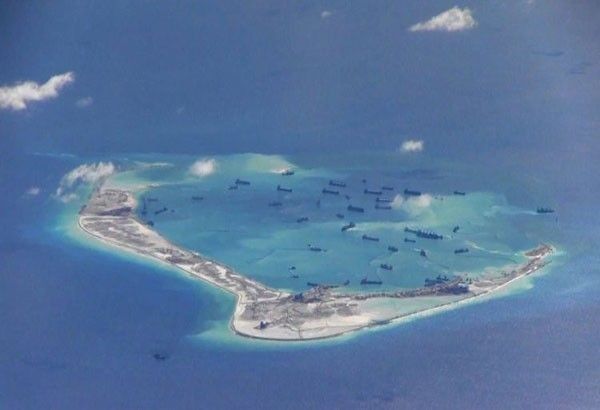 Aboard a C-295 plane, he was joined by Northern Luzon Command Commander Lt. Gen. Arnulfo Burgos and other members of the National Task Force on the West Philippine Sea.

PAF Commanding General Lt. Gen. Allen Paredes, on the other hand, flew aboard one of the two FA-50 fighter jets that escorted Esperon’s group.

The flight mission flew over sovereignty buoys or markers in the Philippine Rise, the former Benham Rise in the eastern seaboard that was renamed five years ago.

PAF public affairs office chief Lt. Col. Maynard Mariano said the ceremony commemorating the 123rd Philippine Independence Day and the celebration of the 5th anniversary of the renaming of the Philippine Rise was also held at Clark Air Base, Pampanga.

The solidarity maritime patrol was organized by the Tactical Operations Wing of Northern Luzon under Brig. Gen. Aristotle Gonzalez.

Mariano said escort missions – such as in maritime patrols – build confidence and assure the Filipino people that the PAF “will always be there to keep our airspace inviolable and safe for all of us.”

“The commemoration aims to promote marine conservation and to assert the country’s sovereign rights on the Philippine Rise, formerly known as the Benham Rise,” he said.