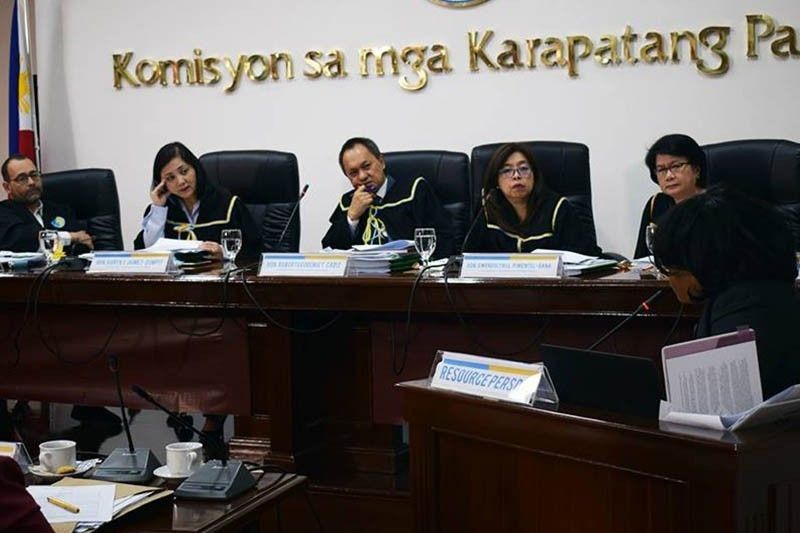 MANILA, Philippines — The Commission on Human Rights said Tuesday that “corrective” actions are already being carried out after state auditors advised the office to improve the processing of financial assistance to victims of human rights violations.

In its report, the Commission on Audit said it found that 174 out of 291 approved beneficiaries, or 60%, of the commission’s Financial and Community Assistance project had not yet received aid totalling P183,000.

Of the P2.63 million under the program, only P1.83M had been distributed to 117 approved claimants.

COA said 18 beneficiaries had insufficient contact information needed for the release of checks and 17 human rights victims had not benefited from the aid due to delayed processing of payment.

It added 139 claimants had not benefited due to delayed requests for additional aid from the CHR Central Office.

She added “corrective measures are already being implemented for situations within our control.”

The audit commission said that “had the CHR undertaken proper measures on the timely establishment of permanent contact number and address of the approved claimants, and processing of payments and request for additional fund for financial assistance early on, the benefits could have been given right away to the victims of human rights violations who were in dire need of financial assistance.”

The regional offices were also advised to study trends on the number of applicants and probable beneficiaries.

De Guia said CHR’s investigators are doing their “level best” in securing permanent contact details of victims and, if possible, asking for documents in advance.

She added that processes and fund programming have been refined to increase the number of beneficiaries for the grants and to make sure government humanitarian services are delivered sooner.

“We stress that the fund for the unreleased financial assistance is also intact and just waiting to be released once requirements have been met. As we continue to reach out, we also welcome beneficiaries to come to our offices so they may receive the said assistance,” De Guia said.

De Guia also explained the commission’s process in releasing financial assistance, which begins with an investigation into alleged cases of human rights violations upon receipt of complaint or through motu proprio investigations. Motu proprio probes are the ones carried out based on the commission's own initiative.

After an independent probe, the investigating CHR office will issue a resolution, which will include recommended actions. If the team establishes that a rights violation was committed, they may also recommend financial aid.

The release of compensation may be easily done in cases when complainants are identified, De Guia said. But the challenge in motu proprio investigation often lies in determining the whereabouts of victims.

“However, even if complainants or victims were already identified, there are documents that are more challenging for the beneficiaries to provide due to the restrictions posed by COVID-19 pandemic. These are documents also required from CHR to secure from the grantees in justifying the validity of the release of the said public funds,” she said.