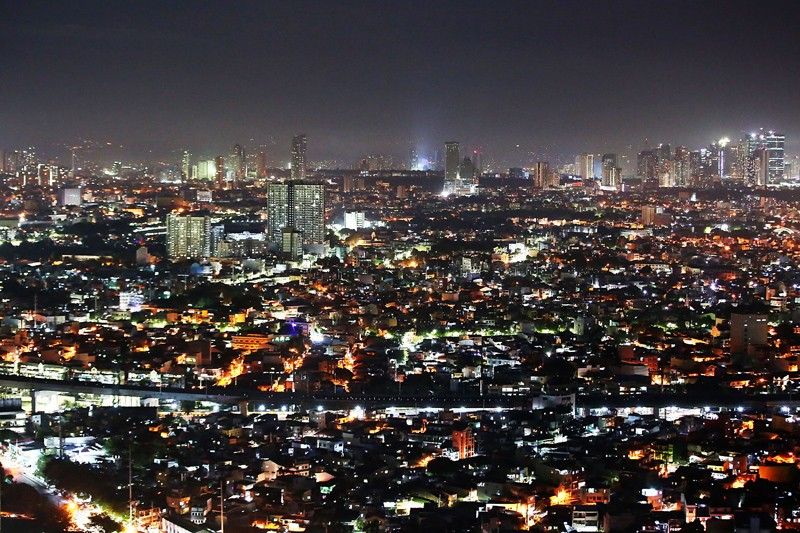 MANILA, Philippines — As the vaccination of essential workers has begun in Metro Manila, the Department of Finance (DOF) expects policymakers to take the next step of reopening the economy to allow workers to regain the jobs they lost during the COVID pandemic.

In an economic bulletin, Finance Undersecretary and chief economist Gil Beltran said containing the spread of the virus and preventing transmission rates from rising will give the government an opportunity to resume economic activities at full capacity.

The vaccination of essential workers registered under priority list A4, he added, may lead to looser quarantine restrictions on commerce, trade and travel.

“The vaccination of economic frontliners has finally commenced, an important step in protecting the population and the subsequent easing of restrictions,” Beltran said. “It is imperative that health risks posed by the epidemic be managed effectively and efficiently, and its transmission arrested.”

He noted that the failure to manage local outbreaks might force the government to tighten rules on business and mobility.

Beltran also pointed out that, as the policy thrust will be upgraded from risk management to risk avoidance, the country might need to revert to another lockdown, which would mean that government will have to concentrate its efforts on trying to arrest the spread of the virus.

As a consequence, jobs will be lost—similar to what happened in Metro Manila and the provinces of Bulacan, Cavite, Laguna and Rizal when President Duterte reverted its status to enhanced community quarantine (ECQ) from March 29 to April 11.

Although this was downgraded to a modified ECQ from April 12 to May 14, hundreds of thousands of workers lost their jobs due to business closures. As proof, the unemployment rate was recorded at 8.7 percent in April, from a pandemic low of 7.1 percent in March. Further, the number of jobless Filipinos worsened by around 700,000 to 4.14 million, from 3.44 million, as firms slashed their workplace capacity in compliance with limits set by the government.

However, Beltran noted that “this year, the recent imposition of stricter quarantine measures was more localized so that its effects on our employment were not as drastic compared to last year.”

He cited a Labor Force Survey that showed 43.27 million Filipinos are employed, as of April. This, he added, shows that the labor figures have improved since the government began easing business restrictions.

An expert yesterday urged the government and the public to work together to achieve a “no-mask Christmas,” a goal that Malacañang said is attainable because of the ongoing efforts to contain the pandemic.

He explained that if herd immunity is achieved in the National Capital Region (NCR) plus eight – a collective term for Metro Manila, Bulacan, Batangas, Cavite, Laguna, Pampanga, Rizal, Metro Cebu and Metro Davao – the rest of the country would be protected because surges always begin in Metro Manila.

“So how long will it take? We calculated: If 250,000 (vaccine doses is administered) per day, we will get to containment in October and herd immunity in November. And this is a realistic and attainable goal for all of us. So we have to imagine as a country a no-mask Christmas,” Austriaco said at a press briefing.

“Can we have a no-mask Christmas? What would it look like? It would look like what it was before… When that happens, we can begin to lift social distancing and masking arrangements… This is something that we can imagine. Let us all do this together, where we achieve herd immunity – the NCR plus eight by Christmas and the rest of the country, by sometime next year,” he explained.

Austriaco said COVID-19 containment would protect the country against future surges, and allow the further reopening of the economy and mask-less gatherings of vaccinated persons.

He added that although outbreaks may still happen during containment, the virus would struggle to spread widely through the population. He noted that herd immunity will protect the unvaccinated from the virus, starve the virus, and allow a return to the old normal.

To achieve containment, about 45 percent of the population of NCR plus eight or about 16.65 million people should be inoculated, a goal that requires 33.5 million vaccine doses, Austriaco said.

Herd immunity, on the other hand, requires the vaccination of at least 70 percent of the population of NCR plus eight or about 25.9 million, a threshold that requires 51.8 million doses of pandemic jabs.

Austriaco said the Philippines needs to achieve at least a containment to have a mask-less Christmas. “We have the capacity as long as we have the supply,” he said.

“We can achieve it. That’s why we are aiming for population protection or the containment discussed by Fr. Austriaco because we know that countries that achieved containment no longer require the wearing of masks outdoors like Israel and some parts of America. So that is what we are aiming for,” he said in Filipino.

Roque said a total of 14,205,870 doses of COVID-19 vaccines have arrived in the Philippines as of June 17. More than 5.5 million Filipinos have received at least one dose while more than two million have been fully vaccinated as of June 16.

Austriaco said measures should be taken to protect the population from new and more infectious COVID-19 variants as he suggested that the government enforce a 10-day hotel quarantine for international travelers arriving in Metro Manila and Cebu.

Based on studies, he said, this 10-day quarantine is 99.7 percent effective at preventing variants from entering a country.

“There is no scientific evidence that a seven-day quarantine would protect us enough from the Indian variant. And if it enters Cebu, it will enter the entire country and it will be catastrophic because we will get another surge and it would destroy Christmas this year,” he said

Although noting that a 10-day quarantine can be expensive and difficult, he stressed that this has to be done to protect the country against the Indian variant.

“And so, now we have to ask, are there ways to allow vaccinated Filipinos to bypass testing and quarantine?…We can always consider the IATF?(Inter-Agency Task Force for the Management of Emerging Infectious Disease) travel pass that will be released either this week or next week around the world for precisely this question,” he added.

Asked if he thought the government should reprioritize its vaccine allocations because of the rising number of infections in areas outside Metro Manila, Austriaco said pandemic shots are not used to deal with a current surge.

“Vaccines are used to prevent a future surge. And the reason why, is that vaccines take six weeks to two months to take effect. So if you are going through a current surge at the moment and you start vaccinating people, there will not be an effect on that surge for two months,” he explained.

He said people are already financially burdened by the pandemic and requiring them to shell out hard-earned money for testing is unwarranted.