Breaking News
Home / Headline / Fact check: No, the US did not designate former ICC prosecutor Bensouda a terrorist 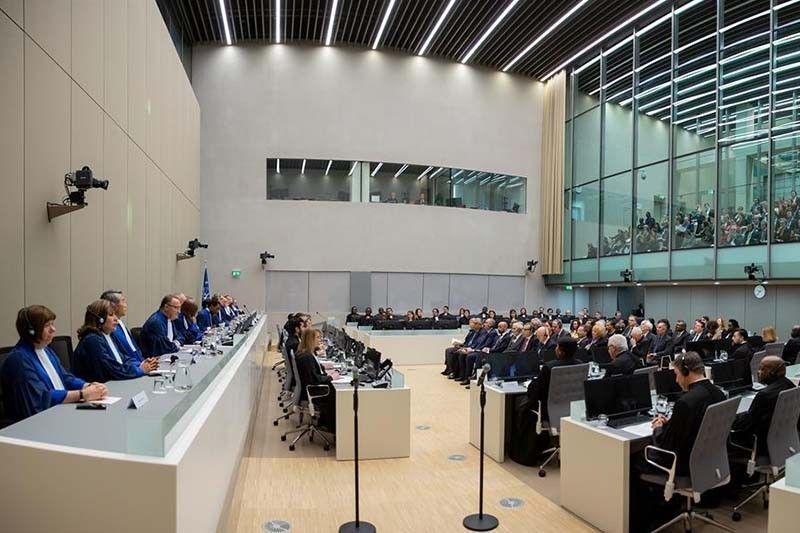 MANILA, Philippines — Sen. Francis Tolentino on Thursday claimed that former International Criminal Court prosecutor Fatou Bensouda was designated a terrorist by the US.

Tolentino, an administration senator, said this as he raised concerns over Bensouda’s “official credibility” to seek an investigation into alleged extrajudicial killings in the government’s “war on drugs”.

Related Stories
ICC prosecutor seeks Philippines drug war probe
Duterte administration ‘will never cooperate’ with any ICC probe, Palace says
DFA warns ‘drug war’ probe may discourage other states from joining ICC
“We should note that previously Madame Bensouda was included in the SDN (specifically designated national) list of the US government under President Trump,” Tolentino said in a statement on the Senate website.
“Besouda [sic] as a US-designated ‘terrorist’ was considered as a threat to US national security and foreign and economic policies.”
While it is true that the Trump administration imposed sanctions on Bensouda and the ICC’s head of jurisdiction Phakiso Mochochoko, including them in the Treasury Department’s list of Specially Designated Nationals, the court officials were never designated by the US government as terrorists.
It was a move that Bensouda is quoted by the Associated Press as calling “a dangerous precedent for a rule-based international system.”
The sanctions were reversed by the Biden administration in April.
Bensouda and Mochochoko’s inclusion in the SDN list means their assets in the US were blocked and US persons were “generally prohibited from dealing with them,” as outlined by the US treasury department.
The sanctions are typically placed on “individuals and companies owned or controlled by, or acting for or on behalf of, targeted countries” as well as “groups, and entities, such as terrorists and narcotics traffickers designated under programs that are not country-specific.”
Terrorist designation, however, requires a separate process from the US State Department under the Immigration and Nationality Act.
“How can she during her tenure objectively conduct an investigation when some members of the international community considered her as persona non grata for terrorist links?” Tolentino also said.
Bensouda sought permission to open a probe into the Philippine “drug war” a day before her term as ICC prosecutor expired. Any investigation, if authorized, would be conducted by her successor, UK lawyer Karim Khan.
“A lot of questions will have to be answered first whether a retired prosecutor can still recommend the prosecution of a head of state of a non Treaty of Rome signatory,” the senator also said.
It must be noted that the Bensouda made the request for an investigation — not prosecution — while she was still ICC prosecutor.

The Trump administration’s top diplomat Michael Pompeo announced the sanctions on Bensouda and Mochochoko in November 2020 over the court’s investigation of alleged war crimes perpetrated by US troops in Afghanistan.

Pompeo at the time called the ICC “a thoroughly broken and corrupted institution,” and emphasized that the US has never been a part of the court. “We will not tolerate its illegitimate attempts to subject Americans to its jurisdiction,” he said then.

The US also protested the ICC’s probe into alleged crimes perpetrated by Israel in Palestinian territories. Israel is a close ally of the US and receives billions of dollars in military aid from the global superpower each year.

US Secretary of State Anthony Blinken in a statement said the lifting of sanctions on ICC personnel reflects the Biden administration’s “assessment that the measures adopted were inappropriate and ineffective.”

Blinked added that the US continues to “disagree strongly” with the ICC’s probes on alleged crimes committed in Afghanistan and the Palestinian Territories and maintains its “objection to the Court’s efforts to assert jurisdiction over personnel of non-States Parties such as the United States and Israel.”

“We believe, however, that our concerns about these cases would be better addressed through engagement with all stakeholders in the ICC process rather than through the imposition of sanctions.”

The Philippines pulled out of the Hague-based ICC, the world’s only permanent war crimes court, in 2019 but Bensouda at the time said the tribunal could still investigate crimes committed while the country was still a member.

Malacañang has vowed not to cooperate with any “drug war” probe launched by the ICC and has criticized Bensouda’s request for an investigation as “legally erroneous” and “politically motivated.”

— with a report from The STAR