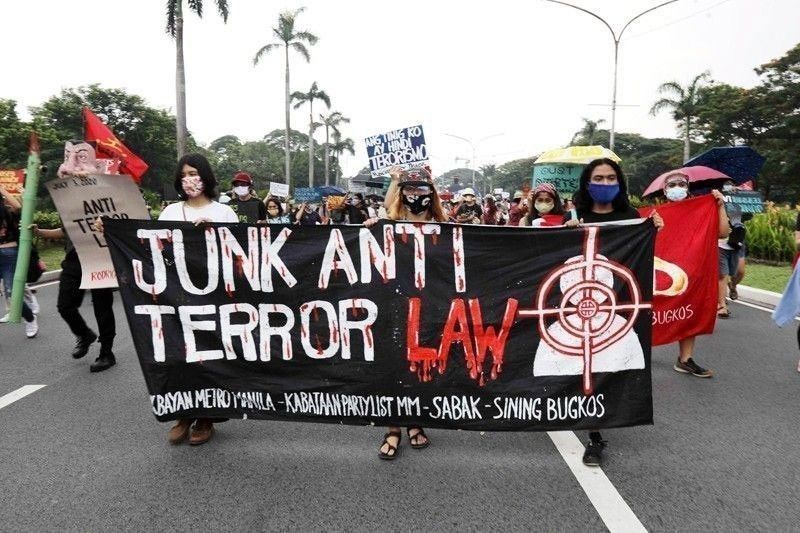 The individuals, identified by rights group Karapatan as farmers, were said to have kept NPA rebels under their protection before a July 5 encounter with government troops.

Related Stories
Court junks anti-terrorism case vs 2 Aeta farmers among first charged under ATA
Miguel Domingo Manguerra, Fe Serna Mariñas, Sherlito Casidsid and Allen Delafuente were all charged on July 7 for allegedly providing material support to terrorists and for being an accessory to terrorism.
Manguerra and Mariñas were also charged with illegal possession of firearms and explosives after troops supposedly recovered a homemade shotgun in their house and an anti-personnel mine attached to the fence of their residence.
Casidsid and Delafuente, meanwhile, were charged with obstruction of justice.
Karapatan said this is the first time that charges under the anti-terrorism law were pursued in the southern Tagalog region.
It added that the families of the four farmers condemn the military’s accusations.
An Olongapo court junked Monday the first known charges under the anti-terrorism law after it found that the prosecution failed to establish the identities of the two accused Aetas.

Some patients go in for COVID-19, others are infected alongside another issue. In hospitals, those lines blur