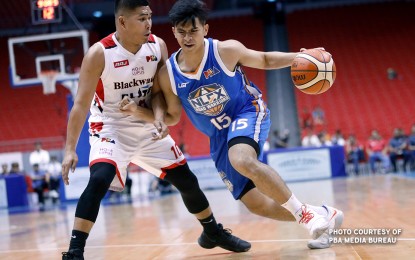 This amid an impending transfer to the Shiga Lakestars of the B.League which has been stalled due to contract issues.

Ravena initially signed a new contract that would keep him as a Road Warrior until 2023.

However, the Lakestars announced that Ravena has also signed with the team and even enlisted him in their own opening day lineup.

The PBA board of governors has already ruled that Ravena must honor his new deal with NLEX, which many PBA fans thought would finally put the issue to sleep until Shiga named him to its roster, which complicated matters.

The Road Warriors will be in action right on opening day as they will face the Rain Or Shine Elasto Painters in the second game of the scheduled triple-header on Friday at 3 p.m. at the Ynares Sports Arena in Pasig. (PNA)

How COVID-19 is leading some N.S. university athletes to go pro

Early citizenship switch a must for Yuka Saso