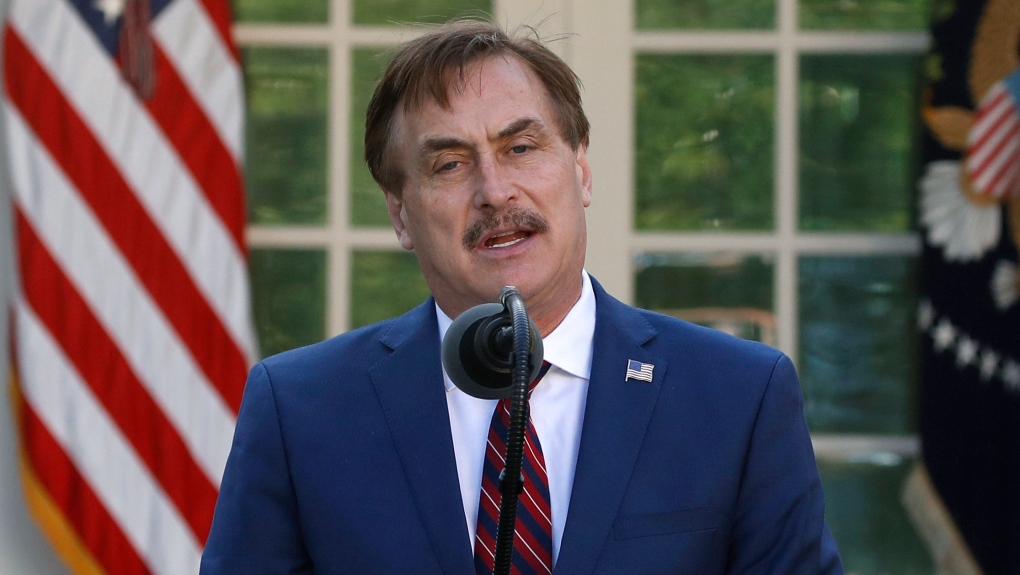 In this March 30, 2020 file photo, My Pillow CEO Mike Lindell speaks in the Rose Garden of the White House in Washington. (AP Photo/Alex Brandon File)

NEW YORK — One of Fox News’ most visible advertisers, Mike Lindell and his MyPillow line of products, has pulled commercials from the network over a refusal to air an ad promoting discredited claims of election fraud.

Fox confirmed the moves on Friday, which were first reported by The Wall Street Journal.

Lindell’s face is well-known to Fox viewers. He told the Journal he spent $50 million last year advertising on Fox.

Lindell has publicly promoted Trump’s false allegations of widespread voter fraud in the 2020 election he lost to President Joe Biden and had sought to promote a symposium next months where some of the claims are to be presented.

“It’s unfortunate Mr. Lindell has chosen to pause his commercial time on Fox News given the level of success he’s experienced in building his brand through advertising on the number one cable news network,” Fox said in a statement.

A representative for Lindell did not immediately return a message seeking comment.

Next generation leaders in PH push for sustainability

Some of the next generation leaders in the Philippines are bent on pushing for sustainability, …