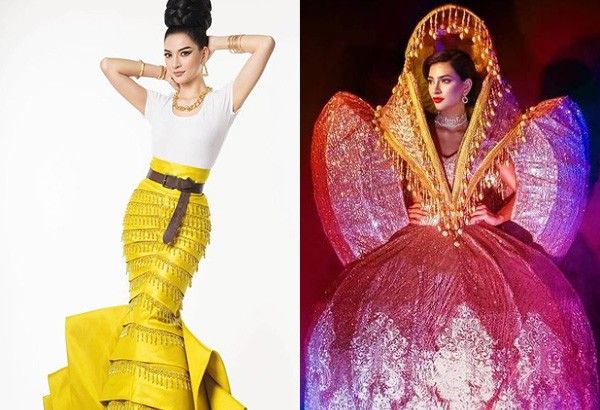 The first was a virtual travelogue into the respective hometowns of its 34 official candidates. Like a Department of Tourism (DoT) campaign material, the beautifully-spliced "Travel with Binibini" video was another reminder to all viewers why it's always "more fun in the Philippines."

The other video was the National Costume fashion show at the New Frontier Theater. After their fabulous montages, it was the perfect time for the candidates to show their respective costumes up close and in motion. The show was opened by Samantha Bernardo's "Aguilar" costume by Patrick Isorena that she wore on the Miss Grand International stage last March.

After the show, the Binibining Pilipinas page showed the creations that were voted by fans as this year's Top 10. And, in random order, they are:

Voting is now officially open. Fans and supporters can cast their votes through the link vote.bbpilipinas.com. The finalist who will garner the most number of votes will be proclaimed the Best National Costume during the grand coronation night on July 11 at the Araneta Coliseum.

To be hosted by Miss Universe 2018 Catriona Gray and Miss Grand International 2016 first runner-up Nicole Cordoves, the coronation night will be beamed live through the A2Z channel 11 network, iWant TFC, the Metro Channel, as well as the Binibining Pilipinas livestream on Youtube, Facebook and Instagram starting at 9:45 p.m.

Fort Frances was the first Ontario town to ban single-use plastics. So how’d it go?

Every breath you take in The First Wave

The colors of optimism

What is home? Filipino artists find the answer with ‘Homebound’