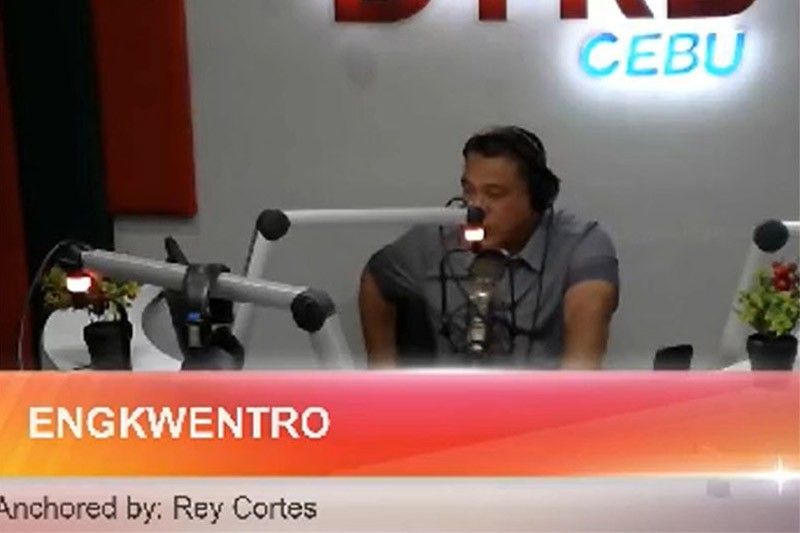 MANILA, Philippines — The Philippine National Police has ordered its Cebu regional office to conduct a thorough investigation into the killing of radio commentator Renante “Rey” Cortes who was shot outside their station on Thursday morning.

Related Stories
NUJP: Radio commentator shot in Cebu
Initial investigation showed that Cortes was shot by an unidentified gunman outside the dyRb Radyo Pilipino station along N. Bacalso Avenue in Mambaling, Cebu City on Tuesday.
Eleazar assured that the police will look into all possible angles in its investigation, including whether the slain radio commentator may have received threats.
The National Union of Journalists of the Philippines-Cebu Chapter said Thursday that Cortes had earlier survived an earlier attempt at his life, but did not expound.
The PNP chief added that local cops are coordinating with Cortes’ family, friends and colleagues to determine the motive of the crime.
“We are calling on those who can give information on this case to help the authorities so we can immediately resolve and give justice to the death of Cortes,” Eleazar added in Filipino.
Data from the NUJP showed that there have been 223 incidents of attacks and threats against the members for the press from the start of President Rodrigo Duterte’s administration on June 30, 2016 to April 30, 2021.
The journalists’ union recorded 19 killings, eight slay attempts and 52 incidents of intimidation.
— Kristine Joy Patag

Too early to say Covid-19 cases are declining: DOH

BI extends cancelation of leaves for NAIA personnel till Jan. 31

Ormoc bolsters position on use, generation of renewable energy

GEOTHERMAL ENERGY. One of the geothermal power plant facilities of the Energy Development Corp. (EDC) …