In her Instagram post, Samantha wrote: “Humbled and honored to receive an award from Quezon City Hall, Philippines! Thank you so much for recognizing my efforts and sacrifices in @bbpilipinasofficial and @missgrandinternational.”

In her recent “Slam Book” interview, shared with Philstar.com some sound beauty tips that could easily be part of everyone’s daily regimen.

“You need to drink lots of water, even if we are at home. Sometimes, when the weather is nippy, we forget to drink it. Stick to the habit of hydrating. As we age, our skin textures start to wrinkle due to lack of moisture.”

“Since our bodies are made up of 70% water, it only follows that we need to replenish what we lost through sweating and excretion. The adage ‘water is life’ makes sense in all aspects of consideration.

“You also need to remove your makeup before sleeping,” suggested the Palaweña beauty.

At times, especially when we’re too tired from work, we let makeup stay on our faces throughout the night. In anticipation for a cleansing regimen that would take time away from your precious sleep, carry wet tissues with a vial of makeup remover or cold cream and start peeling away color from your face while in transit to your respective homes. Or you may do it in your washroom visit prior to taking your ride home. But of course, nothing beats the routine of actually washing your entire face before hitting the sack.

In the same interview, Sam was also asked, “If you could ransack a department store, where would you go and what would you take?”

Her instant reply was “makeup.”

“I’m running out of it and at the same time, I really need it. I didn’t see the importance of it because of staying at home most of the time. But now that it’s on sale, I feel like I can hoard and really save a lot.”

Makeup, maquillage, or it’s idiomatic equivalent “war paint” are necessary tools of a woman’s trade. They not only give color to one’s visage but could also complement, perfectly, a mood or a look you want to put across.

“Try on several and search for colors that would sync in with your own style. Wear what’s comfortable and what you love – something flattering!” Sam advised.

It may take time to find that perfect mix of colors that would sit perfectly on your face. But with constant practice and experimentation, you’ll get the hang of it. And when you do, everything becomes a piece of cake.

Like a painting, makeup works well on a clear face. Your canvas must be free of imperfections that’s why you also need to have a daily routine to take care of it – from proper food to hydration to moisturization.

“And if you’re an island girl like me, always protect yourself from the sun. If you’re going outdoors, rub some sunscreen on your face, arms, and legs. If you’re taking a stroll under the sun, you may wanna cover up with a caftan or balmacaan, aside from wearing a wide-brimmed hat and sunglasses,” advised Sam. 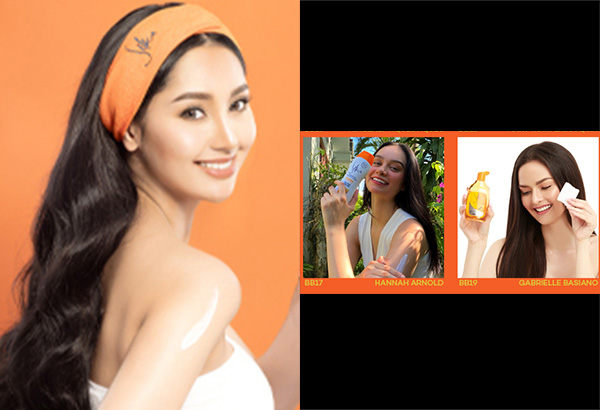 The Filipina has captivated the world. For many years, she has captured the hearts and imagination of the globe, not only because of her innate beauty, but also because of her undeniable intelligence, unparalleled grace, and committed drive to positively impact society.

Binibining Pilipinas has been proudly bannering these traits on the international stage, proving again and again the uniqueness of the Filipina. Now, on its 57th year, the most prestigious pageant in the country finds a new ally in Silka, which for two decades has been giving Filipinas walang dudang alaga. These two forces have come together to propel Filipino women to greater heights!

The partnership between Binibining Pilipinas and Silka comes as the latter celebrates a special milestone — its 20th anniversary. As the beauty brand has built a legacy of empowering women through self-care / alaga sa sarili, teaming up with Binibining Pilipinas is significant in reinforcing commitment to women while positively impacting society at large.

“Binibining Pilipinas has built itself to be the most prestigious pageant in the country. But more than that, it has been an organization that proudly advocates for the Filipina to the world,” according to Jane Co, Vice President for Marketing of Cosmetique Asia Corporation. “We are very proud to work with them in this year’s pageant as we aim to once again crown Filipina women that will represent the best of our country internationally.”

This new relationship between the two organizations resulted in a new special award to be given for the first time in this year’s Binibining Pilipinas pageant: the Binibining Alagang Silka title.

Apart from this special title, the brand had the unique opportunity of being entrusted with caring for the skin of the 34 beautiful Binibining Pilipinas candidates this year and empowering them to be the best they can be.

“The candidates of this year’s Binibining Pilipinas are the embodiment of the adage ‘grace under pressure.’ We are here to give them walang dudang alaga and to help them take better care of themselves so that they can always put their best foot forward whatever opportunity they pursue,” Eunice de Belen, Senior Brand Manager of Silka, added.

“We are humbled by the trust given by our new partner,” according to Irene Jose, Chief Operating Officer of Uniprom Inc. and Binibining Pilipinas Charities Inc. (BPCI) board member.

Fort Frances was the first Ontario town to ban single-use plastics. So how’d it go?

Every breath you take in The First Wave

The colors of optimism

What is home? Filipino artists find the answer with ‘Homebound’