State media asked: Would you air meetings of other gov’t officials’ political parties? 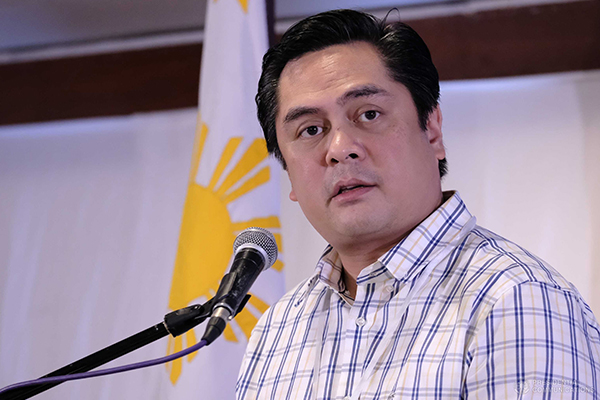 MANILA, Philippines — After it aired the meetings of President Rodrigo Duterte’s political party, state-run media People’s Television Network was asked Sunday if it would also air the party meetings of other government officials.

To recall, the network came under fire for airing the Partido Demokratiko Pilipino-Lakas ng Bayan’s two-hour meeting on its plans for the 2022 elections on government-run channels.

Related Stories
State media told to show Philippines ‘faring better’ in COVID-19 response
PCOO out of Palace complex, now renting an office space in Manila City
In a statement, Rep. Carlos Zarate (Bayan Muna) slammed the government-owned and maintained network for using state resources to give political parties publicity on its platforms.
“Malacañang is just making excuses because their use of the people’s tax money to run in the next election of their candidates has been criticized. PTV-4 is not a private network of Malacañang or a party,” the House Deputy Minority Leader said in Filipino.
“If one is to follow the logic being used by Harry Roque, then why is it that Vice President Leni Robredo’s meeting with the Liberal Party or Senate President Tito Sotto’s meetings with the Nationalist People’s Coalition or other high officials are not aired live by PTV4?” he also said.
Per Republic Act No. 6713 or the Code of Conduct and Ethical Standards for Public Officials and Employees, government workers are expected to uphold political neutrality and commitment to democracy. It reads:

Public officials and employees shall provide service to everyone without unfair discrimination and regardless of party affiliation or preference.

Public officials and employees shall commit themselves to the democratic way of life and values, maintain the principle of public accountability, and manifest by deeds the supremacy of civilian authority over the military. They shall at all times uphold the Constitution and put loyalty to country above loyalty to persons or party.

The Palace later defended the airing saying it was covered on the merit of its supposed “newsworthiness,” adding that the media outlet could get “out scooped” by its counterparts in the media industry if it did not air the meeting.

“There is simply no way to separate the political personality of the president from his functions,” Presidential Spokesperson Harry Roque said in a press briefing on Thursday.

Over the chief executive’s presidency thus far, government agencies have demonstrated a willingness to rush to implement his on-the-fly policies during his nightly briefings.

In April, the Presidential Communications Operations Office — the government’s lead communication arm — directed state media, including PTV, to “carry regular updates about the world data on COVID-19” to “convey to the public that the Philippines is faring better than many other countries in addressing the pandemic.”

State media has been involved in numerous blunders ranging from the wrong use of logos to outrightly false claims in the past.

As it currently stands, though, the PCOO is no longer in the Malacañang compound and is now renting an office space along the United Nations Avenue in Manila.

“They should stop using the people’s resources for their own political agenda in the 2022 elections. That’s exactly what they are doing with the people’s funds and resources while still wanting mass testing, vaccines, and aid,” Zarate said.

As the nation evaluates candidates worthy of leading the nation beyond 2022, presidential aspirant Ferdinand …