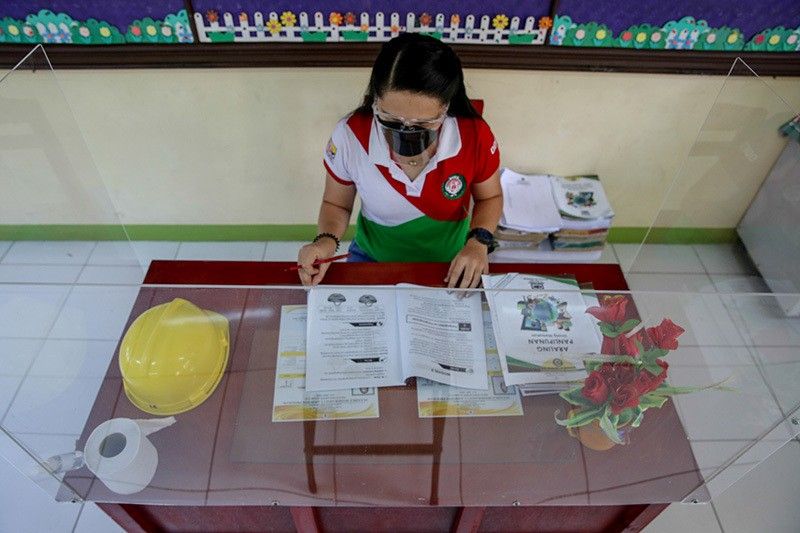 MANILA, Philippines — The Department of Education is coordinating with authorities to look into reports of students cheating through a Facebook group, Education Secretary Leonor Briones said Monday.

Briones said they will look into whether the answer keys for modules were leaked to the group or to the students and whether they have been copying answers from each other.

"We are now seeking the assistance of the authorities and tracing because there are really questions — there are questions and we have [the answer] key for the answered questions," she said partly in Filipino at the Palace briefing.

The education secretary was asked to comment on a supposed Facebook group where students have been sharing notes and their answers to learning modules.

GMA News reported that Facebook group, which had almost 700,000 followers before it was taken down, had posts showing answers to questionnaires and exams.

Briones said: “We will take steps and we already are in touch with the appropriate authorities because we will not tolerate it, at least in education.”

The education secretary in the same briefing said President Rodrigo Duterte has approved the limited reopening of 100 public schools in areas deemed “low risk” by the Department of Health.

DepEd however has yet to announce a date for the pilot run or the official list of schools included in the limited reopening.

Classes in the Philippines officially began on September 13, with remote learning still the setup for over 28.2 million students.

Groups have long warned of the negative impact of prolonging students' learning in their homes, with many difficulties seen from the setup in its first year of implementation. — Kristine Joy Patag with reports from Christian Deiparine

DOTr to recommend increasing PUV capacity in Metro Manila to 100%

Robredo on vote buying: Take the money, but vote according to conscience

Kasambahays ask Robredo: Are you angry at Bongbong?

Rogers family drama: What to know and why you should care

The family drama surrounding Rogers Communications Inc. could have ripple effects for the company and …