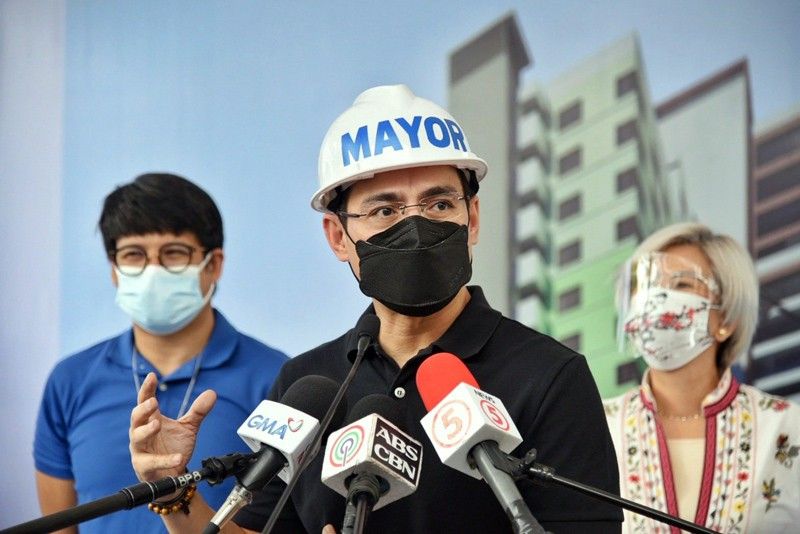 MANILA, Philippines — Manila Mayor Isko Moreno will run for president in 2022 alongside Dr. Willie Ong, a doctor who has a large following on social media and who received more than 7.5 million votes in the 2019 elections for senator.

Moreno will make the official announcement on Wednesday, September 22, but news of the planned tandem broke on Tuesday evening.

Palace: Up to Duterte whether to reveal ‘disorganized’ mayor

Moreno, who was elected head of the Aksyon Demokratiko party in August, had been rumored to be seeking higher office but also recently met with Vice President Leni Robredo and Sen. Manny Pacquiao on potential plans for 2022.

"We're trying to reach out to each and everyone. Ako naman mayroon ako taingang lagi na puwede makinig eh. Wala naman masamang makinig eh (I have ears to listen and there isn't anything wrong with listening)," Moreno is quoted as saying in reports this week.

Pacquiao last Sunday accepted the nomination of his faction of the PDP-Laban party to be its presidential candidate.

Robredo has yet to decide on her plans for the 2022 polls and has been saying that it would be better for the political opposition to back just one bet.

Aside from Pacquiao and Moreno, only Sen. Panfilo Lacson has announced a run for the presidency with Senate President Vicente Sotto III as his running mate.

President Rodrigo Duterte has said he will run for vice president under a separate faction of PDP-Laban although the party has yet to convince Sen. Christopher "Bong" Go to be its presidential canddiate.

Moreno, whom Duterte had criticized in his late-night taped addresses, hit back earlier this month, saying the national government has not been responsive to input on pandemic response. He said then that the insistence on requiring face shields when people need medicine make Duterte's officials seem like they "are living in Disneyland."

He also hinted at seeking higher office, saying in a comment directed at Duterte: "See you in October."

Moreno's running mate Willie Ong specializes in cardiology and in internal medicine and gives health tips and medical advice on social media, where he has millions of followers.

Ong, a former consultant of the Department of Health, had warned that there were risks involved in using Dengvaxia — the controversial anti-dengue vaccine that the DOH stopped administering in 2017 because of risks to vaccinees who had not previously had dengue.

The controversy over Dengvaxia contributed to lower trust in vaccines that led to measles outbreaks in 2019 and vaccine hesitancy in 2021.

According to a Philippine News Agency report in 2018, Ong decided to run for senator because "there is a hole in the Senate" and that having a doctor in the upper chamber would help with healthcare policy.

2021-09-21
AtinitoAdmin
Share
Previous Nerves on edge on Spanish island as quakes, lava threaten
Next The biggest loser in Monday’s federal election might just be Jason Kenney