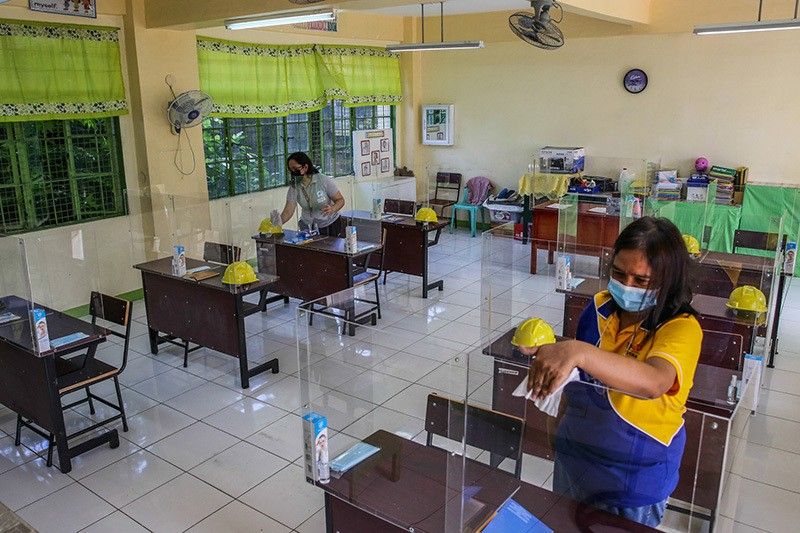 MANILA, Philippines — Sen. Nancy Binay urged the Department of Education on Thursday to "go on full blast" in vaccinating teachers by setting a target rate of 100% as the government prepares to pilot test face-to-face classes for students.

According to DepEd, the pilot test of face-to-face classes in the country will start on November 15. The assessment of the initial run will be conducted from November 15 to December 22, while the end of the pilot study is scheduled for January 31.

The department is set to conduct an evaluation of the pilot study in February when it will identify other schools for expansion of the face-to-face classes and present its final report on the proposed expansion to President Rodrigo Duterte.

"I think the vaccine should be made accessible to teachers and school personnel, and all our teachers should be vaccinated. DepEd should target a full vaccination coverage ASAP. Not 30%, not 50%, but 100%," she said in a statement Thursday.

This comes after Education Undersecretary Nepomuceno Malaluan reported earlier that only 30% of the department's personnel had been inoculated.

In late September, President Rodrigo Duterte finally gave the green light for a limited reopening of schools that had been shut more than a year due to the coronavirus pandemic

"DepEd has to find ways for teachers to have full access to available vaccines. I don't understand why they are not as persistent as the transport or tourism sector given the fact that teachers are considered part of the essential workforce," the senator said during a hearing of the Senate basic education committee.

"Aren't they bothered that there is a probability that the one who teaches the children is not vaccinated?"

The senator reasoned that a special vaccination program for teachers, similar to what was done for the transport and tourism industry workers, should be in place to ensure safety in schools selected for pilot testing.

Binay said that the problem could have more to do with teachers' access to vaccines than hesitancy among the sector.

As it currently stands, out of the 638 nominated schools, only 59 have passed the risk assessment of the Department of Health for limited face-to-face classes.

Groups have long warned of the negative impact of prolonging students' learning in their homes, with many difficulties seen from the setup in its first year of implementation.

The United Nations Children's Fund said the Philippines and Venezuela are the last countries that have yet to allow a safe return to classrooms. — Franco Luna