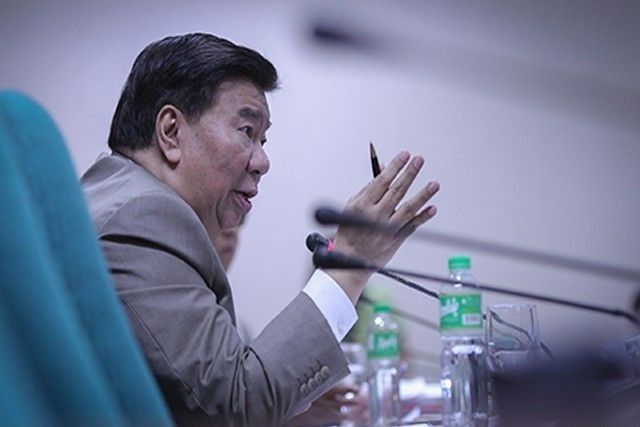 In a message to reporters on Thursday, Drilon confirmed that “the petition is being prepared, and will be filed shortly.”

“The decision is to question [Duterte’s] memorandum banning executive officials from attending the Pharmally hearings, as I did in 2005 when as Senate President, I questioned in the Supreme Court the validity of [former President Gloria Macapagal-Arroyo’s Executive Order 464],” he added.

Executive Secretary Salvador Medialdea on October 4 issued a memorandum bearing Duterte’s order for officials and employees of the Executive department to “no longer appear before” the Senate Blue Ribbon Committee hearings into the government’s pandemic spending.

In his pre-recorded address that aired late Monday night, Duterte said he welcomes the move to question the legality of his directive before the SC. “That is the court which should eventually decide on the constitutionality of the order and we will defend it,” he said.

He added that the SC ruling can end his “disagreement with the Blue Ribbon Committee because of their behavior.”

The Blue Ribbon Committee hearings, led by panel chair Sen. Richard Gordon, have since spanned to close in on Duterte’s appointees and other individuals linked to him, and have been ongoing for the past two months.

Drilon was referring to Arroyo’s EO issued on Sept. 28, 2005 which prevented Cabinet members and other government officials from attending congressional probes unless given permission by the president.

Portions of the order were struck down as unconstitutional by the Supreme Court on April 20, 2006, which upheld the right of Congress to compel the appearance of officials to hearings “in aid of legislation.”

But the SC also upheld the president’s right to bar officials from appearing before congressional inquiries known as “question hour,” which “do not relate to specific legislation but are directed merely to congressional oversight over the implementation of laws.”

Two years after this ruling, Macapagal-Arroyo revoked EO 464 after a meeting between government lawyers and Catholic bishops.

The Integrated Bar of the Philippines and the Philippine Bar Association have appealed to Duterte to recall his order to the officials of the Executive branch.

The PBA, the oldest organization of lawyers in the country, earlier said that the president’s order "upsets our system of checks and balances and transgresses the doctrine of separation of powers among the three branches of government under our Constitution." — Kristine Joy Patag with reports from Bella Perez-Rubio, Xave Gregorio