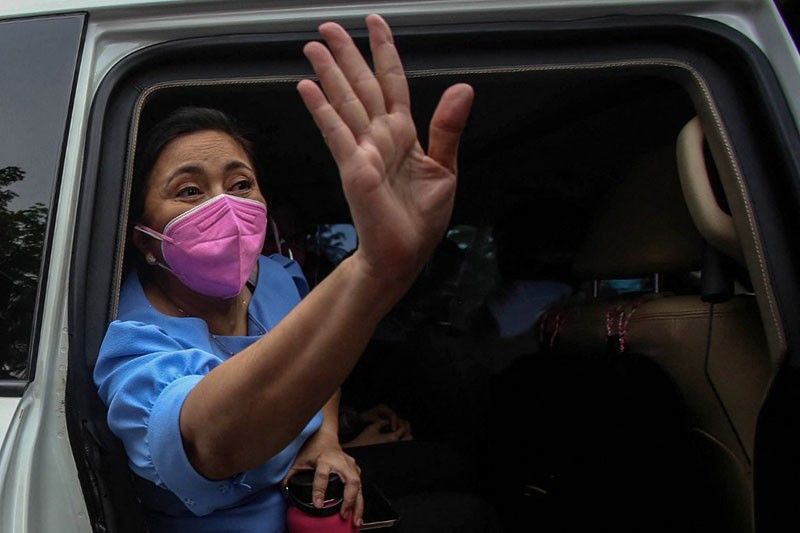 MANILA, Philippines — Vice President Leni Robredo threw her support for proposals limiting the grounds for the substitution of candidates in elections, saying that the current rule has been abused and has turned election law into a “mockery.”

Robredo, who is running for president, said Wednesday at a press conference with local media in her bailiwick of Bicol that the way the substitution rule is being “abused” is through the fielding of “placeholder” candidates who would later on be substituted by other bets.

Several lawmakers in both the Senate and the House of Representatives have filed bills seeking to prohibit substitution in case of withdrawal and only allow it in case of death or disqualification.

In the Senate, five senators are also proposing to include incapacity as an additional ground for substitution.

These measures, however, are unlikely to make progress given that lawmakers will be busy mounting their candidacies for next year’s elections, which has historically led to poor attendance in Congress.

Former Commission on Elections Commission Luie Tito Guia also told Philstar.com that amending the rules on substitution may not be enough as an overhaul of the entire legal framework on the elections might be needed.

"Revisiting this law and trying to amend it is maybe myopic in the sense that it may have an effect on other aspects of election," Guia said partly in Filipino. “What we really need is to revisit the whole election legal framework whose core basis is the 1985 Omnibus Election Code, which even came before the 1987 Constitution that it’s supposed to implement."

At least three presidential aspirants, including Sen. Ronald “Bato” dela Rosa of the administration party, have said they are willing to give way to the president’s daughter, Davao City Mayor Sara Duterte-Carpio, should she run for president.

Duterte-Carpio insists that she is not seeking to replace her father in Malacañang and is aiming for reelection as Davao City’s mayor.

However, under current rules, accredited parties have until November 15 to substitute their chosen candidates.