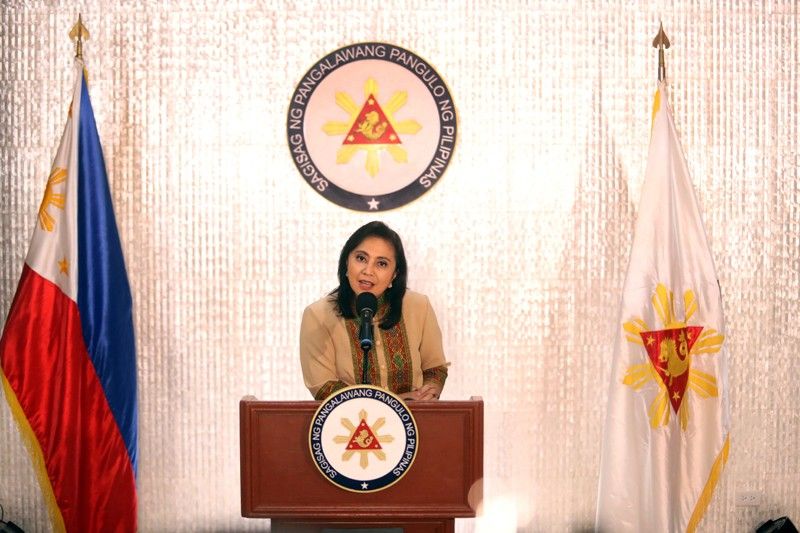 MANILA, Philippines — Vice President Leni Robredo on Sunday called on the government to allow micro, small, and medium enterprises or MSMEs and other small businesses struggling to keep up with the government's quarantine restrictions a conditional stimulus package to allow them to pay their employees.

Speaking to reporters at the sidelines of her visit to Malaybalay's Choice Handicraft in Bukidnon, the vice president stimulus could include grants for businesses that keep their workers.

According to the latest report of the Philippine Statistics Authority released in early October, the unemployment rate amid the coronavirus pandemic in the Philippines jumped to 8.1% from the 6.9 % first recorded in July.

"I have always advocated for the government to put up a stimulus package — not a loan — stimulus package for MSMEs so that they have the ability to keep employing their employees, including giving them 13th month [pay]. Because for me, it's not enough to ask for 13th-month pay because so many people have lost their jobs," Robredo said in mixed Filipino and English.

"Many others have [already lost their jobs]. So hopefully for me, [the solution is a] conditional stimulus package. You can be given a grant as long as you keep your employees so that your employees can have a job. Then give them the remuneration that they deserve… if it's a stimulus package that you don't have to pay but you promise the government to keep people employed, it's a bigger thing."

MSMEs constitute 99.6% of businesses in the Philippines. Per figures from the Department of Trade and Industry at the end of September, the number of MSMEs in the country shot up to 2.081 million despite the coronavirus-induced lockdowns.

President Rodrigo Duterte at his final State of the Nation Address said that MSMEs were "vital to economic activity, job creation, and poverty reduction."

Asked about addressing hunger, Robredo said that feeding programs are only part of the solution and called on the government to take on more sustainable initiatives.

"[These] feeding programs, that’s just part of it. But we want it to be sustainable because there are so many feeding programs. But how sustainable are they? You [get them out of] malnutrition but they will slide back, because you did not address your root cause," she said in Filipino.

"The root cause is poverty," she said that feeding malnourished children is more than just giving them food. "[You should also] give them plenty of opportunities to lift them up in life so children don't become malnourished."

Per the recommendation of the Inter-Agency Task Force for the Management of Emerging Infectious Diseases, quarantine restrictions in Metro Manila are set to be relaxed until the end of October as the COVID-19 situation in the capital region continues to show marked improvement.

Health authorities reported 6,913 more coronavirus infections on Sunday, bringing the national caseload to 2,720,368. — with reports from The STAR