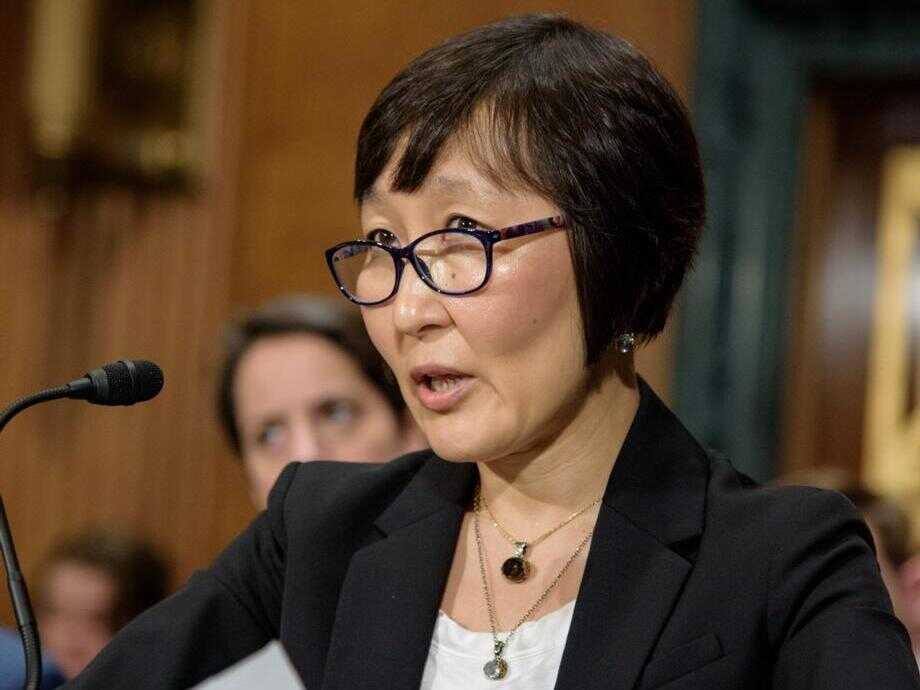 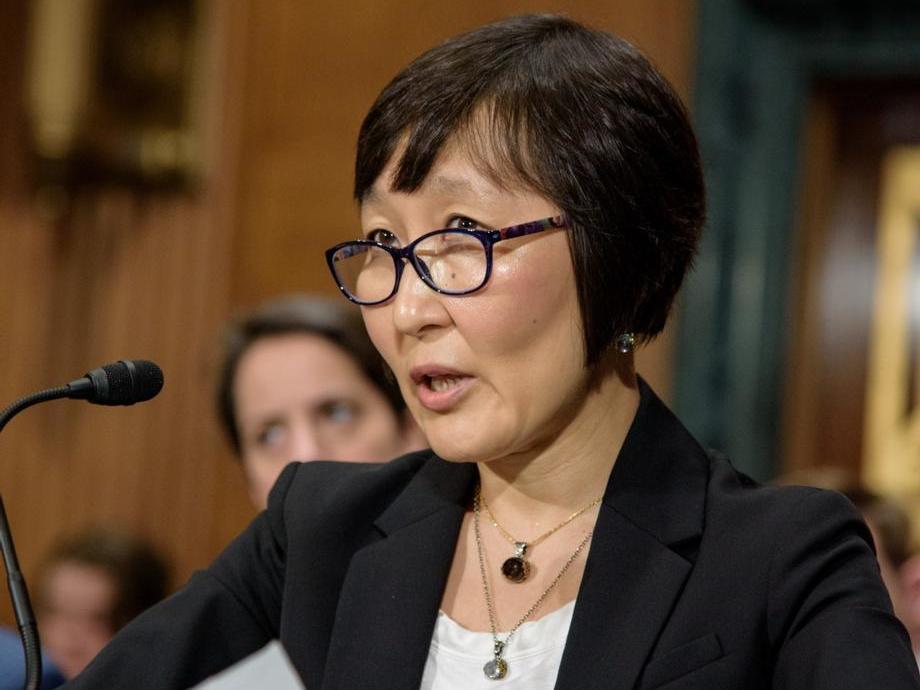 Cornell University Professor Saule Omarova testifying on fintech at a hearing organized by the Senate Banking committee on Sept. 18, 2018. Today, Omarova is President Biden’s nominee to head the agency that oversees the majority of the assets held by the country’s banks, and she will appear in front of the same Senate committee for her confirmation hearing on Thursday.

The president’s pick to become a top banking regulator doesn’t usually attract a lot of interest, but this time is different.

President Biden has nominated Saule Omarova, a law professor at Cornell University, to be the next head of the Office of the Comptroller of the Currency (OCC), which is responsible for regulating the assets held by more than 1,000 banks.

At Omarova’s confirmation hearing on Thursday, many Democrats on the Senate Banking Committee lined up in support of her nomination.

Progressives have applauded her nomination, seeing in Omarova a person who would bring a tougher approach to banks at an agency that has been criticized for being too friendly with the sector. But there was no indication any Republican on the committee will back her. Omarova’s critics say she is a “radical” nominee who wants to nationalize banking.

Omarova has attracted unusually personal criticism. At the hearing, Sen. John Kennedy (R-La.) brought up her childhood in the former Soviet Union, and Republicans cited an academic paper she recently wrote proposing a reinvention of the U.S. financial system, which The Wall Street Journal’s conservative editorial board argues is proof she hasn’t “repudiated her Soviet-era views.”

Omarova, who came to the U.S. as a university student, and is now a U.S. citizen, strongly denies she holds communist views. She accused her critics of singling her out because she is a woman and a minority.

Here’s a look at Omarova and her nomination.

What is the OCC?

The Office of the Comptroller of the Currency, which has been around since 1863, regulates and supervises banks, from smaller, community lenders to large institutions, including Bank of America, Citibank, and Wells Fargo.

Although the OCC is housed within the Treasury Department, it operates independently, and part of its mandate is “ensuring fair access and equal treatment to bank customers.” 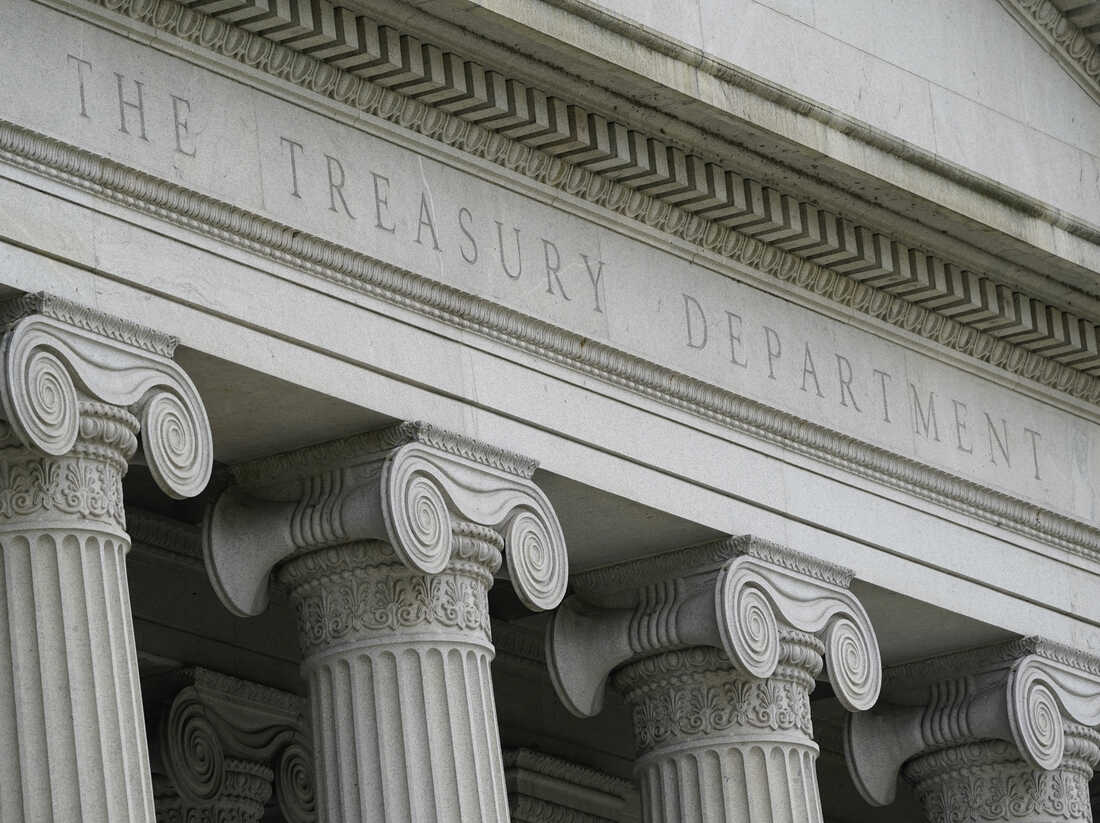 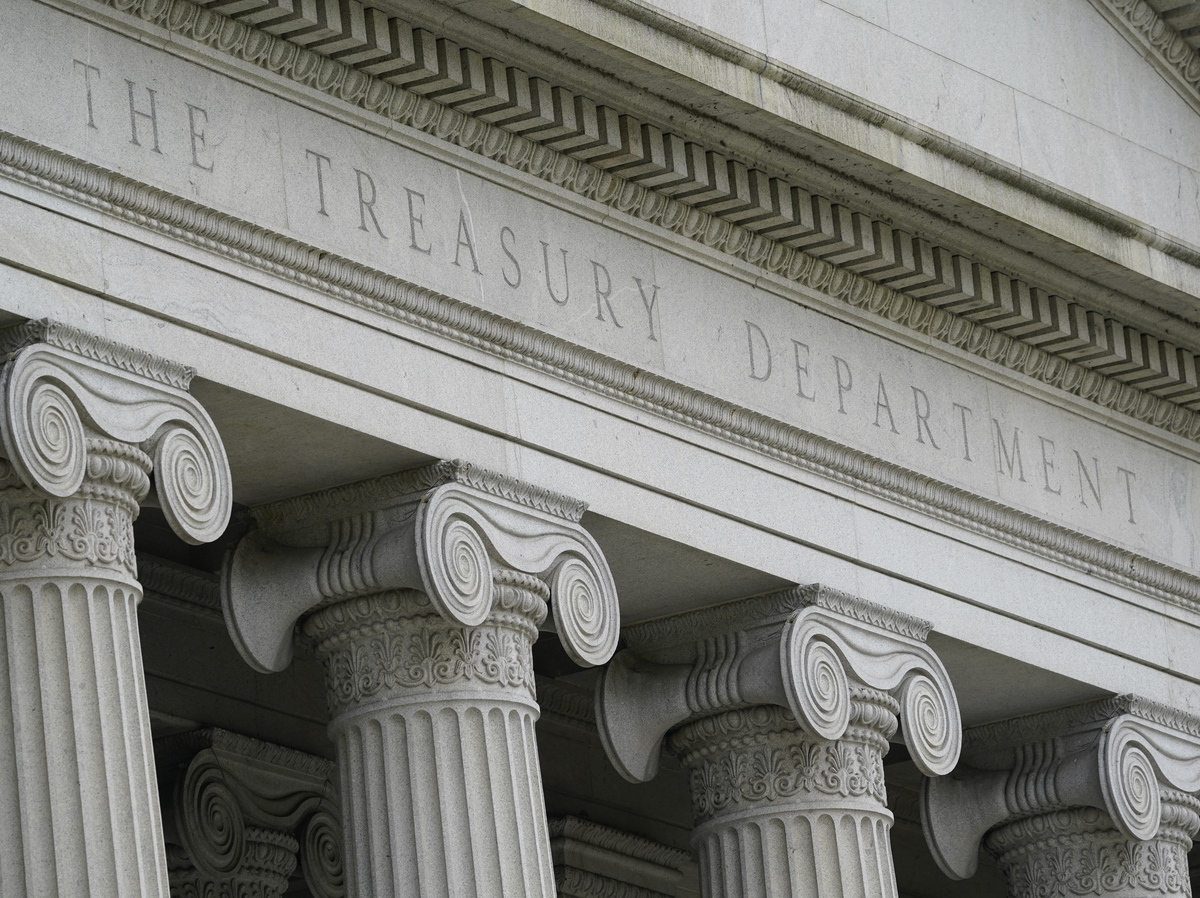 The Treasury Building is viewed in Washington, D.C. on May 4. The OCC is a little known regulatory body within Treasury with an outsized role overseeing banking assets.

Why is this job so important?

Despite its relatively small size, the OCC has a sizable regulatory footprint.

Altogether, the institutions the OCC oversees have assets worth almost $15 trillion. They represent 65% of all “U.S. commercial banking assets,” according to the OCC.

The OCC has previously come under criticism over perceptions it’s too close to the banks it regulates. The comptroller during the Trump administration, Joseph Otting, reportedly referred to banks as his “customers.”

Who is Saule Omarova?

The White House’s nominee to be the next comptroller of the currency is currently a professor of corporate law and financial regulation at Cornell University.

Previously, Omarova worked as a lawyer at Davis Polk, and during the George W. Bush administration, she was a special advisor for regulatory policy in the Treasury Department.

Although her research is wide-ranging, on everything from energy policy to infrastructure investment, Omarova is a well known scholar of financial regulation. 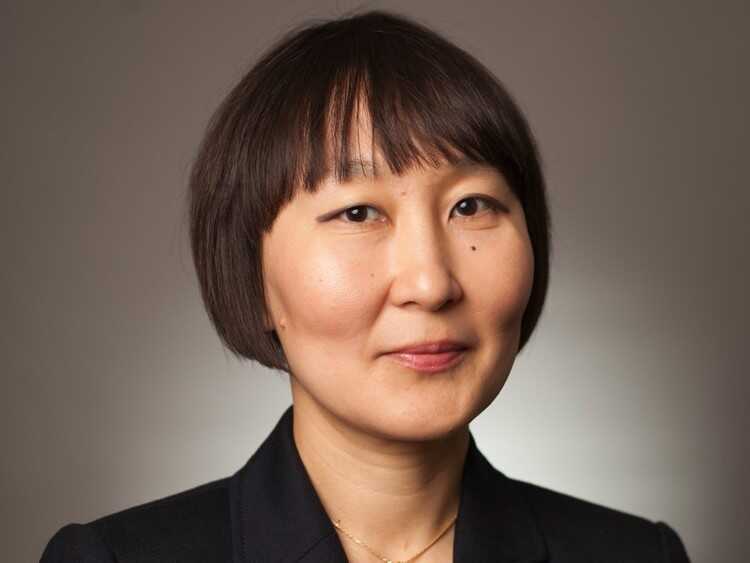 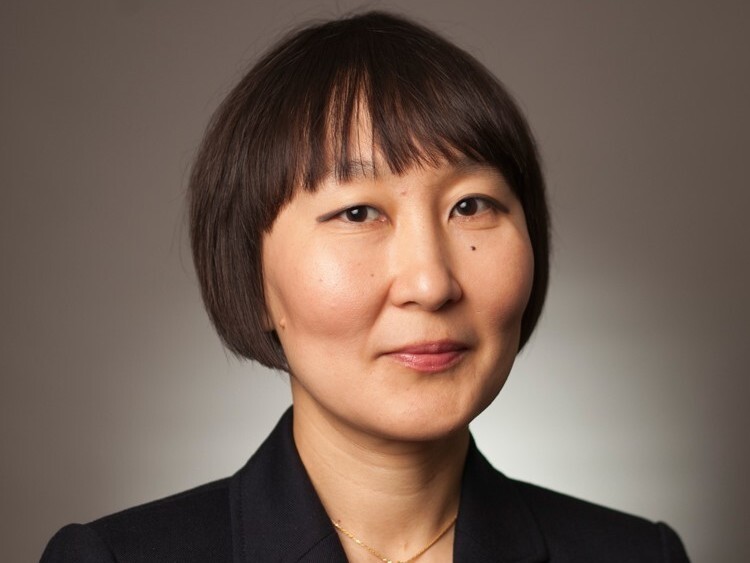 A head portrait of Saule Omarova, a professor of corporate law and financial regulation professor at Cornell University. Omarova has faced withering criticism from some Republicans and conservatives over her views on revamping the financial system.

“Saule is widely regarded as one of the top financial regulatory scholars in the world,” says Jeremy Kress, an assistant professor of business law at the University of Michigan. “Whether you agree with her, or disagree with her, you can’t have a complete debate about current topics in U.S. banking law and U.S. financial regulation without taking into account what Saule has written on the topic.”

But her research has come under withering attack by some critics.

In one paper, Omarova suggests the federal government could offer a bank account to every American through the Federal Reserve. Supporters of that proposal say it would reduce the number of “unbanked” persons significantly. Critics argue it would undermine commercial banks.

In another article, she calls for the creation of an agency not unlike the Food and Drug Administration, that would be charged with approving or rejecting new financial products.

What do Saule Omarova’s critics say?

In a fiery speech in October, Sen. Toomey told his colleagues, “I don’t think I’ve ever seen a more radical choice for any regulatory spot in our federal government.”

Omarova “clearly has an aversion to anything like free-market capitalism,” the senator said, citing examples of her academic work.

During his speech, Toomey said Omarova’s interest in these topics and others could have been shaped by her upbringing.

“You could ask yourself, ‘Where would a person even come up with these ideas?'” he said. “Well, maybe a contributing factor could be in if a person grew up in the former Soviet Union, and went to Moscow State University, and attended there on a Vladimir Lenin Academic Scholarship.”

Omarova was born in what is now Kazakhstan. She came to the U.S. as part of an exchange program when she was a student at Moscow State University in 1991. But when the Soviet Union dissolved, she was stranded in the U.S. Today, she is a U.S. citizen. 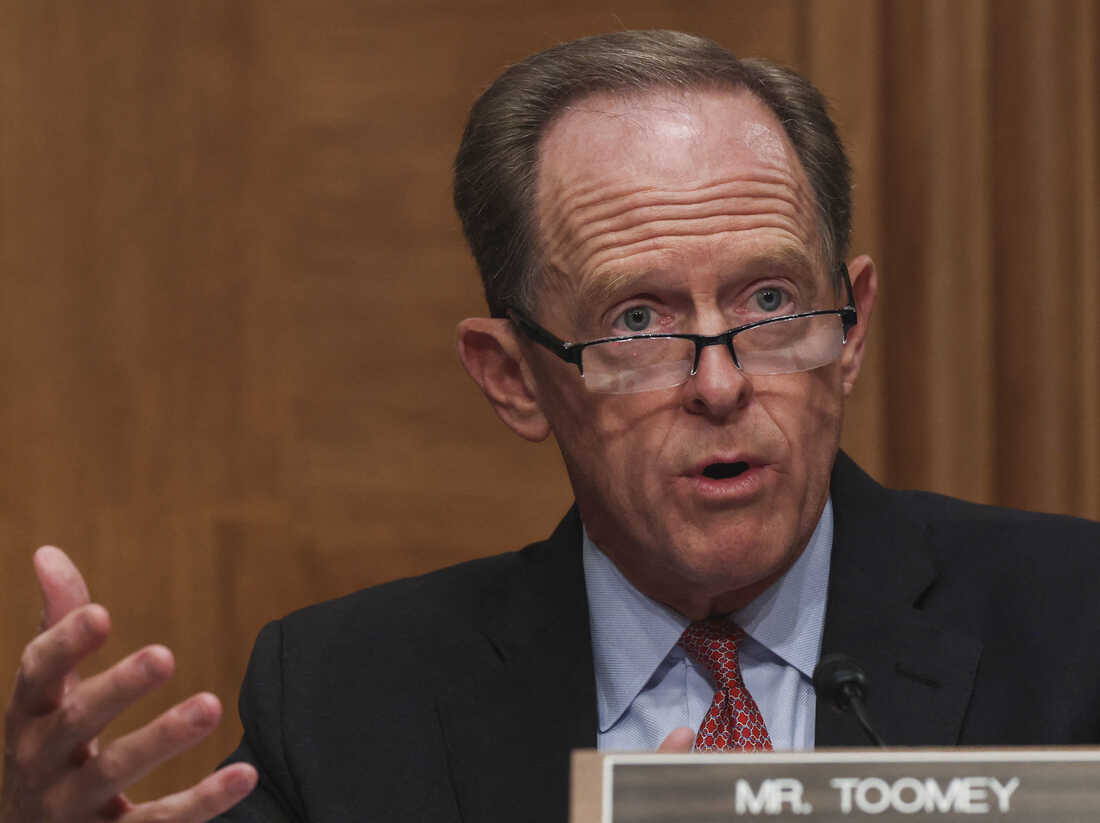 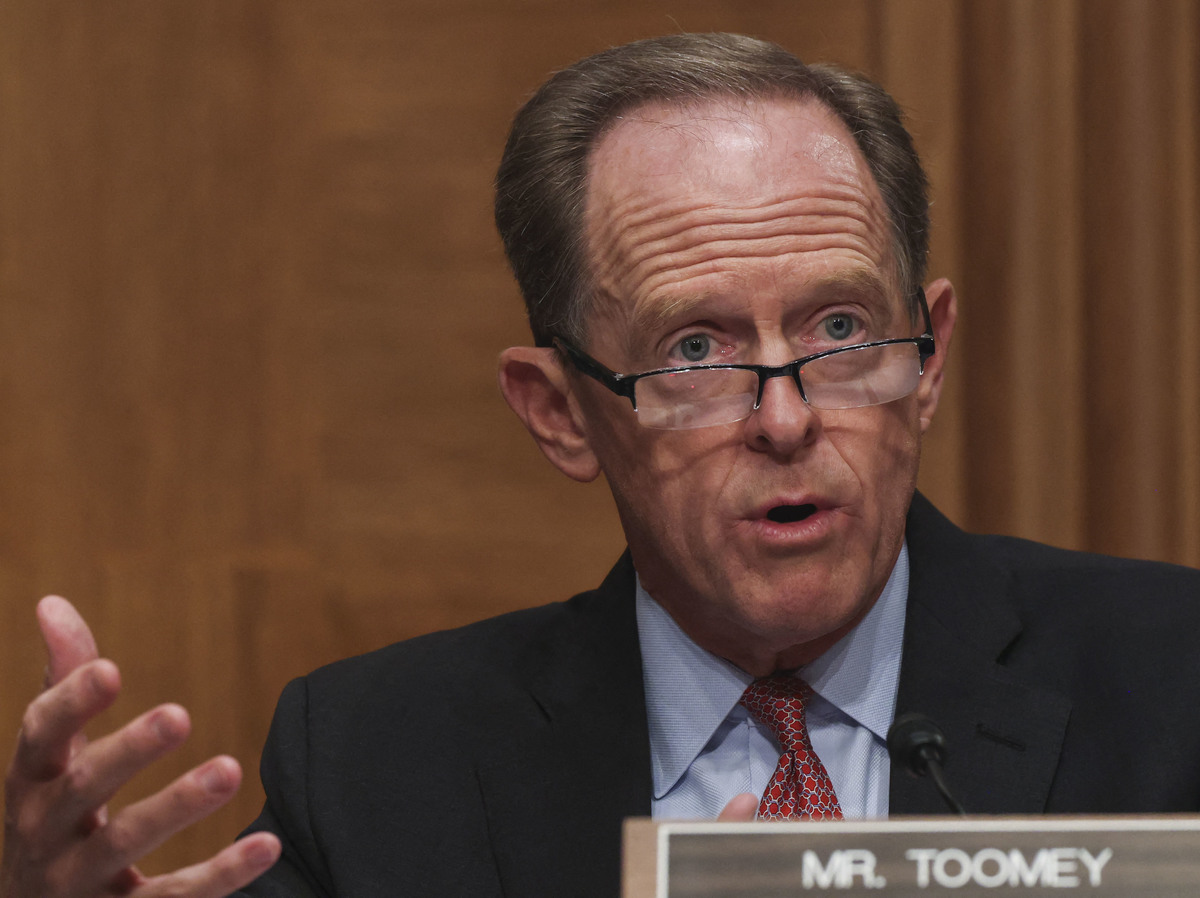 Sen. Pat Toomey, R-Pa., is pictured during a a Senate Banking Committee hearing on Sept. 14. Toomey, the ranking member of the committee, has been one of the most outspoken Senate critics of Omarova.

What have Omarova and her supporters said?

Omarova has defended her research and pushed back against the personal nature of the attacks against her.

“I am not a communist,” she shot back to Kennedy during Thursday’s hearing after the Louisiana senator said he did not know whether to describe her as a “professor” or a “comrade.”

“I do not subscribe to that ideology. I could not choose where I was born,” she also said.

In an interview with MSNBC, Omarova said, “My entire academic career has been centered around this issue of how to ensure that our financial system is stable, effective, and efficient.”

Her supporters have also denounced Omarova’s critics. In an interview with NPR, the chairman of the Senate Banking Committee, Sen. Sherrod Brown, D-Ohio, called Toomey’s remarks “despicable” and “character assassination” — a term he used again Thursday, after Kennedy questioned Omarova.

How would Omarova approach the OCC job if confirmed?

Financial experts say Omarova is likely to adopt a tougher approach to banks, but many agree that her previous research has been misrepresented.

Progressives would welcome a tougher approach to banks, and Omarova’s candidacy is in line with the Biden’s administration approach to regulation so far.

“I do think that part of what she represents is an effort to shake up the status quo,” says Kathryn Judge, a professor at Columbia Law School. “The comptroller has often been viewed as overly responsive to the interests of the industry that it oversees.”

According to Judge,Omarova would see that relationship differently.

“She is really determined to make sure that banks are providing core services to the people who need them,” she says.

At the same time, experts claim Omarova’s critics, including Toomey, are misrepresenting her research.

“Many of us do thought experiments about how we would reimagine or restructure the financial system if we were starting from scratch,” says Kress from the University of Michigan.

“That’s not to say that any of us who have undergone those thought exercises, if put in a position of power in the government, would seek to effect this sort of large-scale changes.”

What’s the likelihood that Omarova is confirmed?

Despite pushback from Republicans, the White House pressed ahead with Omarova’s nomination.

“Saule Omarova is eminently qualified and was nominated for this role given her strong track record on regulation and strong academic credentials,” an administration official said in a statement to NPR. “The White House strongly supports this historic nomination.”

But Democrats have a thin majority in the Senate overall, and on the Senate Banking Committee, where they can’t afford to lose a single vote.

During the hearing, Sen. Jon Tester, D-Mont., one of the more moderate members of the committee, expressed some concerns about Omarova.

“Some of Dr. Omarova’s past statements about the role of government in the financial system raise real concerns about her ability to impartially serve at the Office of the Comptroller of the Currency, and I’m looking forward to discussing them with her at her hearing,” Tester said in a statement before the hearing.

But Sen. Brown is optimistic Omarova’s nomination will get wide, bipartisan support.

“I care greatly about this nomination,” he said. “We’re going to make it happen.”