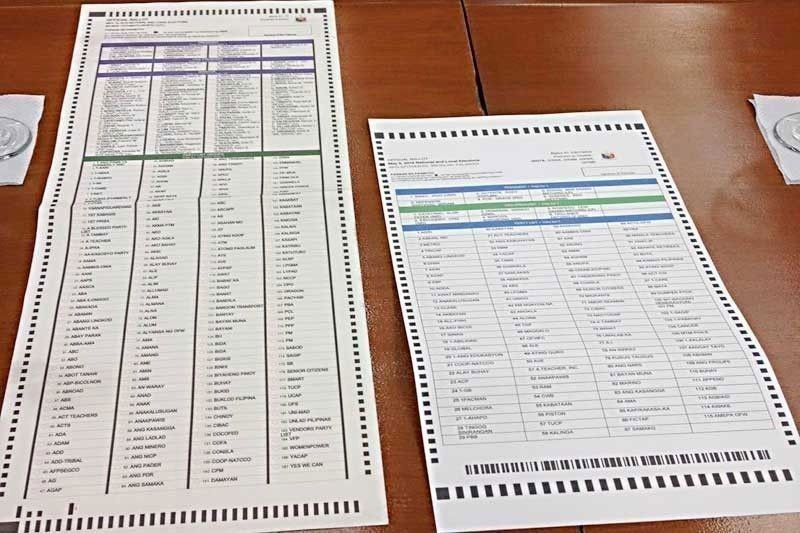 MANILA, Philippines — The Commission on Elections (Comelec) has allowed 165 party-list groups to participate in the raffle to determine the order of listing on the official ballots, while 107 were denied participation.

On Dec. 1, the Comelec issued an 18-page Resolution No. 10735 on the order of party-list groups as printed on ballot for the May 9 elections.

The Comelec identified 152 registered party-list groups, and 13 with pending incidents, that are all eligible to take part in the raffle at 10 a.m. on Dec. 10.

Both the Mother for Change (MOCHA) party-list that has Uson as its first nominee, along with beauty queen Michele Gumabao; and the Malasakit Movement Partylist (Malasakit Movement) where Pialago is seeking a congressional seat, are both listed in the Comelec’s 13 party-list groups with pending incidents.

Among the 152 registered party-list groups are the I-Patriotic Coalition of Marginalized Nationals Inc. (1-Pacman); and the Advocates for Retail & Fashion, Textile & Tradition, Events, Entertainment & Creative Sector (ARTE) that has Binibining Pilipinas Universe 2011 Shamcey Supsup-Lee as its first nominee.

Meanwhile, the poll body also listed 107 party-list groups whose petitions for registration have been denied.

“The motions for reconsideration of the petitions for registration of the following party-list groups, organizations, and coalitions have been denied; hence they shall not be allowed to participate in the raffle,” the Comelec said.

This includes the Dunong at Ulirang Tao Edukadong Rebolusyong may Talas sa Ekonomiya ng Bayan sa Gawain at Adhikaing Nasyonalismo Party-list (DUTERTE KBGAN); Duterte Atin To Inc (Duterte Atin To); the LGBTQ + Organization (LGBTQ PLUS), and the National Organization for Responsive Advocacies for the Arts (NORAA) which has veteran actress Nora Aunor as its first nominee.

The Comelec earlier said that it maintains the authority to exclude any party-list groups, organizations, or coalitions subject to the pending incidents.

“Participation in the raffle is without prejudice to the resolution of the pending incidents and the exclusion on the official ballot, if applicable,” said the poll body.

The Comelec said a final listing of the party-list groups, organizations, and coalitions in the order of the result of the raffle shall be published and posted at the poll body’s website within 15 days after the conduct of the raffle.  – Evelyn Macairan

MANILA – Election candidates, including those running for national positions, are not mandated to participate …