Duterte authorizes service incentive of up to P10K for state employees

Duterte authorizes service incentive of up to P10K for state employees 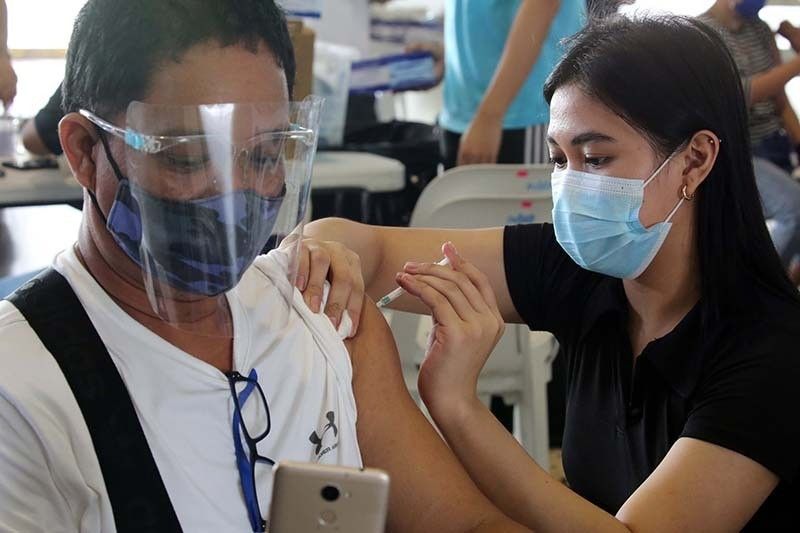 MANILA, Philippines — President Rodrigo Duterte has approved the grant of a one-time service recognition incentive to government employees, citing the need to provide assistance to public servants affected by the pandemic and natural calamities.

The giving of incentives to state employees for fiscal year 2021 is contained in Administrative Order No. 45 that Duterte signed on December 24.

In his order, Duterte said the government continues to acknowledge all public servants for their "collective and unceasing participation in and invaluable contribution to the establishment of streamlined government processes and responsive delivery services to the public" especially in the midst of the pandemic.

"It is imperative to provide reasonable incentives and assistance to our public servants who are impacted not only by the pandemic, but also by various natural calamities," the president said.

The one-time incentive shall not exceed P10,000 for each executive department personnel.

The order covers civilians working in national government agencies, including those in state universities and colleges and government-owned or controlled corporations occupying regular, contractual or casual positions; and uniformed personnel of the military, police, fire, jail, and corrections bureaus; coast guard; and National Mapping and Resource Information Authority personnel.

Civilian personnel occupying regular, contractual or casual positions, those who are still in government service as of November 30, and those who have rendered at least a total or an aggregate of four months of satisfactory service as of that date are qualified to receive the cash incentive.

For those who have rendered less than four months of satisfactory service as Nov. 30, they shall be entitled to a pro-rated share of the incentive.

Those who do not have employer-employee relationship and whose compensation are funded from non-personnel services budgets are excluded from the grant of the incentive including consultants and experts engaged for a limited period to perform specific activities or services; laborers engaged through job contracts and those paid on piecework basis; student workers and apprentices; and persons and groups of people whose services are engaged through job orders, contracts of services or others similarly situated.

The incentives for national government agency employees will come from the available released personnel service allotments of the respective agencies under the 2021 budget while those for workers of state-run firms will be sourced from their respective approved corporate operating funds.

If the funding sources are not enough to cover the maximum allowable rate of the incentive, a lower but uniform amount shall be paid to all qualified employees.

Employees of the Senate, House of Representatives, the judiciary, Office of the Ombudsman, and constitutional offices with fiscal autonomy may be granted a one-time incentive by their respective heads at a uniform rate not exceeding P10,000, each chargeable against the available released allotment of their respective agencies, the order said.

The grant of the service recognition incentive to employees in local government units shall be determined by their respective councils depending on their financial capability. Duterte said local councils are expected to exercise prudence and judicious use of government funds in determining the amount of the incentive to ensure that the delivery of services to the public would not be adversely affected.

Local water districts may also grant the incentive to their employees. The amount will be determined by their boards of directors and may be charged against their respective corporate operating budgets for 2021.

Employees in agencies exempted from the coverage of the Compensation and Position Classification Act of 1989 may also grant the incentive to their employees at a uniform rate to be determined by their governing boards or agency heads.

The uniform rate for workers of local governments, local water districts, and those in agencies not covered by the law on compensation and position classification shall also not exceed P10,000.

The payment of the service recognition incentive to all qualified government workers shall not be earlier than December 21, the order said.