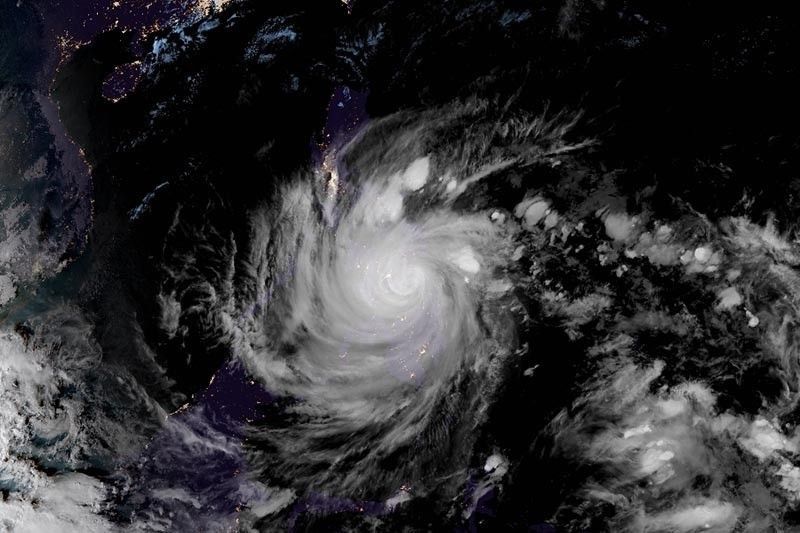 Odette, the strongest typhoon to batter the disaster-prone Philippines this year, made landfall over the Palawan municipality at 3:10 p.m. It was last seen at around 4:00 p.m. within the vicinity of San Vicente municipality.

The typhoon slightly weakened with maximum sustained winds of 150 km per hour near the center and gusts of up to 205 kph.

Odette is heading west at 25 kph and is forecast to pass in the vicinity of Kalayaan Islands on Saturday.

TCWS No. 3 (Destructive typhoon-force winds prevailing or expected within 18 hours)

“Destructive typhoon-force winds will be experienced within any of the areas where TCWS No. 3 is in effect. This may bring moderate to heavy damage to structures and vegetation,” PAGASA said.

TCWS No. 2 (Damaging gale- to storm-force winds prevailing or expected within 24 hours)

"Damaging winds reaching gale- to storm-force strength will be experienced within any of the areas where TCWS #2 is in effect," PAGASA said.

"This may result in generally light to moderate damage to structures and vegetation."

TCWS No. 1 (Strong winds prevailing or expected within 36 hours)

Moderate to heavy with at times intense rains

Light to moderate with at times heavy rains

According to PAGASA, Odette may exit the Philippine Area of Responsibility Saturday morning or early afternoon.

“Re-intensification is likely once Odette emerges over the West Philippine Sea,” the weather bureau added. "However, continuous weakening may ensue beginning Sunday as the typhoon becomes exposed to increasing vertical wind shear and the surge of the Northeast Monsoon."

More than 300,000 people fled their homes as the typhoon battered the country.

According to the National Disaster Risk Reduction Management Council, one person has been reported dead.

BIR branch says it has closure order authority vs. Megaworld

Mendoza: Cases vs. BBM must wait after proclamation