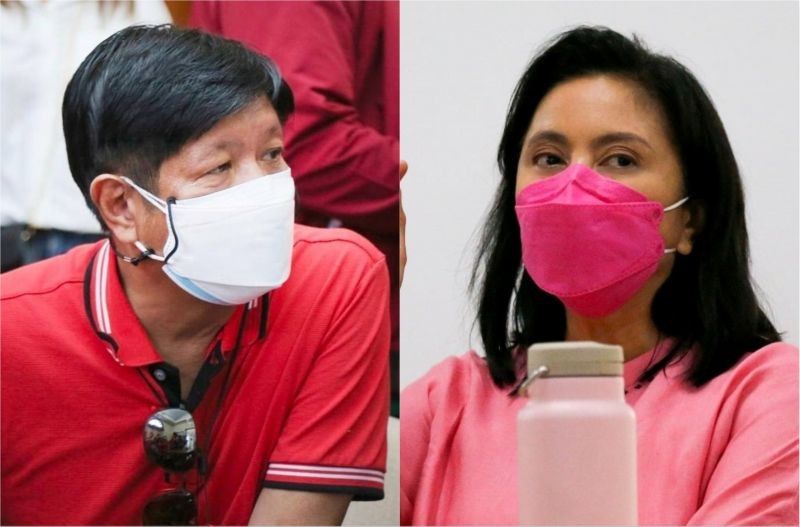 MANILA, Philippines —It’s firming up to be Sen. Ferdinand Marcos, Jr., Vice President Leni Robredo, and everyone else for the 2022 polls, with the former senator leading all candidates and the latter slowly improving, a survey by private pollster Pulse Asia suggests.

In the results of its survey conducted from December 6 to 11, the think tank found that the son and namesake of the late dictator was the top candidate for the presidency, with 53% of respondents saying they would vote for him if elections were held then.

On the other hand, Robredo’s 20% of respondents was  a significant increase from the 8% in the previous Pulse Asia poll.

Coming in tied for third place with 8% voter support each were Manila City Mayor Isko Moreno and Sen. Manny Pacquiao. Sen. Panfilo Lacson took the sole fourth spot with 6% of respondents saying they would vote for him if elections were held during the survey period..

Surveys serve as a snapshot of public sentiment during the survey period. These can change over time but are useful guides for candidates and their campaign teams. Marcos’ lead on his rivals was clear across all regions and all social classes. In both Metro Manila and Mindanao, he took more than half of voters with 61% and 64%, respectively.

This came despite the dominant headlines at the time the fieldwork for the survey was conducted: President Rodrigo Duterte’s accusation that an unnamed presidential candidate was a cocaine user, and the petitions for disqualification against Marcos.

In Metro Manila, Manila City Mayor Isko Moreno actually led Robredo 17%-14%. He was also close to her number among the poorest voters with 14% in Class E to Robredo’s 21%.

“Should their original pick for president end up not pursuing his/her candidacy, 23% of those with a first choice for the post would instead vote for Manila Mayor Domagoso,” Pulse Asia also said.

“Pulse Asia Research’s pool of academic fellows takes full responsibility for the design and conduct of the survey, as well as for analyses it makes based on the survey data,” the pollster also wrote in its report.

“In keeping with our academic nature, no religious, political, economic, or partisan group influenced any of these processes. Pulse Asia Research undertakes Ulat ng Bayan surveys on its own without any party singularly commissioning the research effort.” – Franco Luna