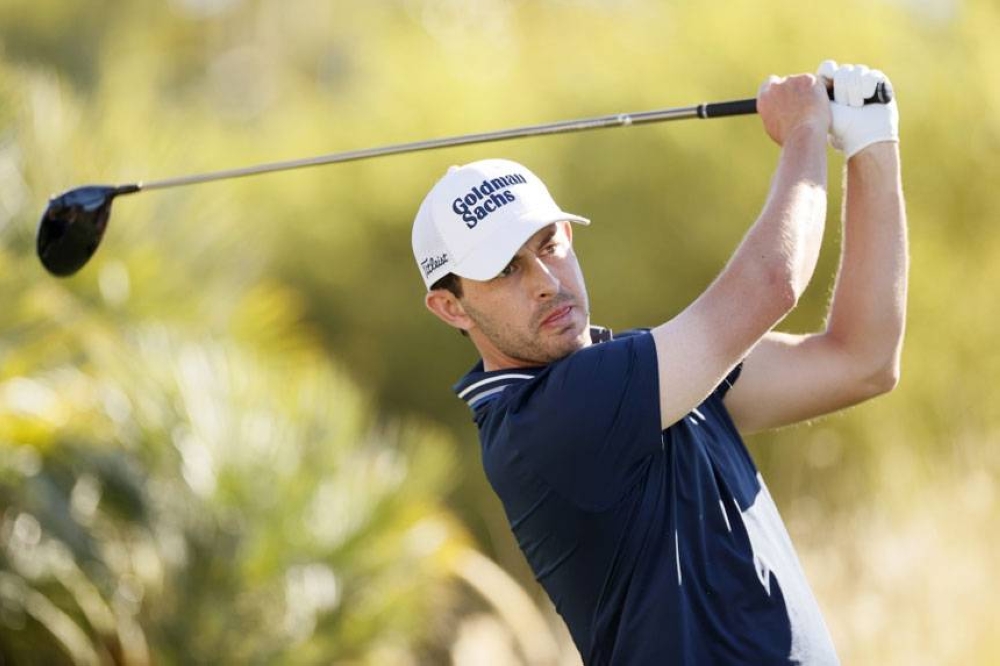 Patrick Cantlay plays a shot on the 18th hole during the second round of The American Express at the Jack Nicklaus Tournament Course at PGA West on Friday, Jan. 21, 2022 (January 22 in Manila), in La Quinta, California. AFP PHOTO

LOS ANGELES: World No. 4 Patrick Cantlay fired a four-under par 68 in the California desert on Friday (Saturday in Manila) and will take a one-shot lead into the weekend at the US PGA Tour American Express.

Cantlay, the reigning FedEx Cup champion, had shared the overnight lead with rookie Lee Hodges, but was alone atop the leaderboard after a round that featured six birdies and two bogeys on the Nicklaus Tournament course, one of three in use over the first three rounds of the event.

American Tom Hoge was a stroke back after a bogey-free six-under par 66 on the Stadium Course, toughest of the three.

“I felt like it was really solid golf,” Cantlay said. “I didn't get the most out of it I possibly could, but another solid day and two more of those I should be right there.”

Although his three-putt bogey at his penultimate hole, the eighth, was disappointing, Cantlay said he putted well all day.

“The greens were a little beat up and it was hard to make putts. But I rolled it really well and I rolled it how I wanted to, I just didn't get any to go in,” he said.

After opening the tournament on the La Quinta course, Cantlay will play Saturday on the Stadium Course, which will also host the final round on Sunday.

“It's a golf course that suits my game,” Cantlay said. “We'll see how it plays tomorrow with the increased wind… I think usually you have to really put your foot on the gas and make a ton of birdies. Tomorrow if the forecast stays the same it will not be that kind of day.”

Five players shared third place on 132, led by American Will Zalatoris who surged up the leaderboard with an 11-under par 61 on the Nicklaus Tournament course.

Zalatoris barely put a foot wrong, and even when he did — slipping on the tee at his final hole, the ninth — he came up with a birdie.

That capped a run of seven straight birdies to close a round that was 10 strokes better than his first-round effort.

“I think today I just gave myself chances, I hit a lot close and made a couple 20-, 30-footers to keep the round going and obviously making birdie on 9 from the wrong fairway is kind of the icing on the cake,” Zalatoris said.

Zalatoris's tee shot at the ninth found the rough on the adjacent first hole, from where he hit a six-iron from 212 yards to 15 feet and made the birdie putt. He had 12 birdies overall and one bogey.

Zalatoris struggled some after finishing tied for eighth at the PGA Championship in May, which followed a runner-up finish to Hideki Matsuyama at the Masters.

He said Friday that after challenging in those majors he had put too much pressure on himself, which could have contributed to the back injury that forced him out of the British Open.

“I was trying to win tournaments, I was working, honestly, too hard, worked myself all the way into an injury and I knew that that was kind of where I needed to take a step back,” Zalatoris said.