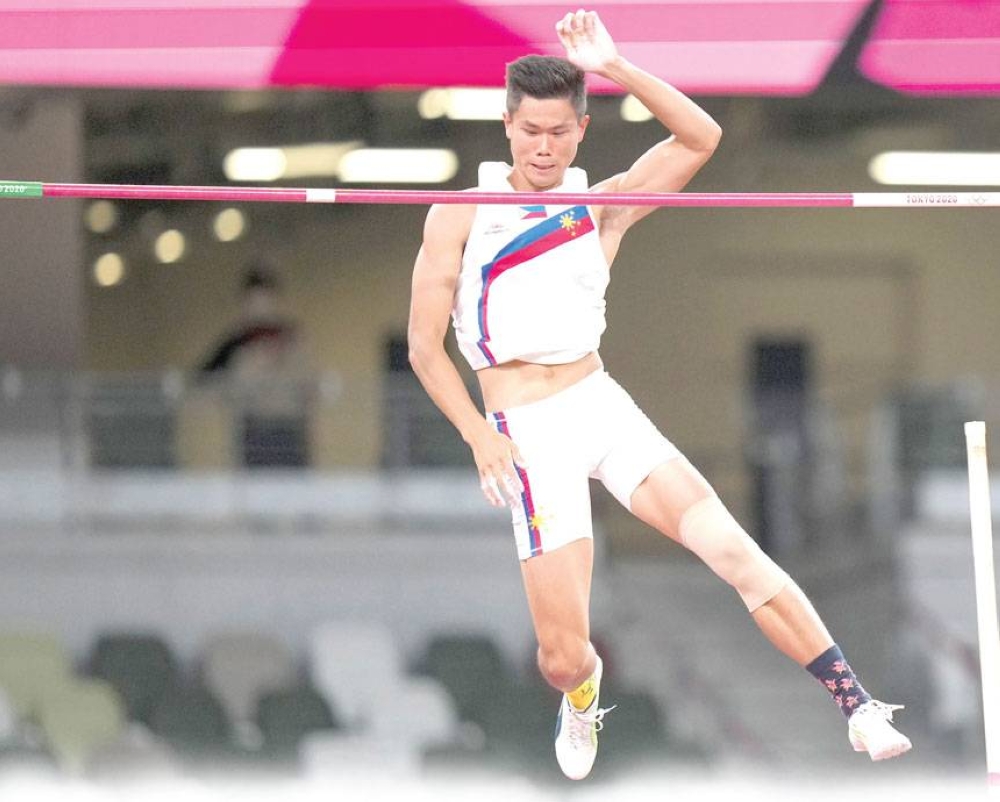 But he is not complaining.

“Right now, I have nothing to complain about,” said the Italy-based Obiena during the roundtable discussion with The Manila Times on Thursday.

The PSC, however, clarified that the budget request by Obiena has been approved by the government's sports arm until December 2022, and the amount will only be released after the completion of Obiena's liquidation report for the previous financial assistance.

Having been a recipient of the PSC's support for elite athletes since 2017, Obiena understands how the system works.

Obiena said he has already submitted his liquidation report to the PSC and the Philippine Athletics Track and Field Association (Patafa). Lacking is the copy of the contract signed by Obiena's Ukrainian coach Vitaly Petrov, which Obiena said the Patafa has not yet forwarded to the PSC.

To support his training in Italy, Obiena has to tap on his savings and a little help from friends like James Michael Lafferty, the de facto manager and adviser of Obiena.

“The Philippine system of liquidation is completely retroactive. People have to front the money,” explained Lafferty, who is based in Dubai. “He gets the money from the PSC. A big chunk of money with no breakdown of how much should go to rent. They have done the math, but there's no breakdown.”

When Obiena went under the knife to clean his meniscus and remove the screw that was placed on his knee during an anterior cruciate ligament (ACL) reconstruction in 2017 last week, it was Petrov who shouldered the expenses for the surgery.

The PSC, however, promised to reimburse the medical expenses of Obiena, including the therapy in Germany for his ailing back muscles (thoracic spine) in 2020.

“And then he gets an injury (in 2020). That was never in the board resolution of the PSC, they didn't give him any money and say, 'here's emergency money for treatment with the doctor',” Lafferty said.

“And so he has all this money sitting on his account, and he suddenly has a doctor bill. That doctor bill was 8,000 euros. Now the doctor wants some money now. He's not giving credit. So what does EJ do? He takes the 8,000 from the money that is sitting there for his coach. Petrov is a good man, he's like a father to EJ. And he says, 'I can wait' (to get paid).”

Obiena is currently preparing for the opening of the 2022 indoor season on January 28 in Karlsruhe, Germany, and Petrov wants his prized athlete to stay focused in training and not be distracted by his issues with Patafa.