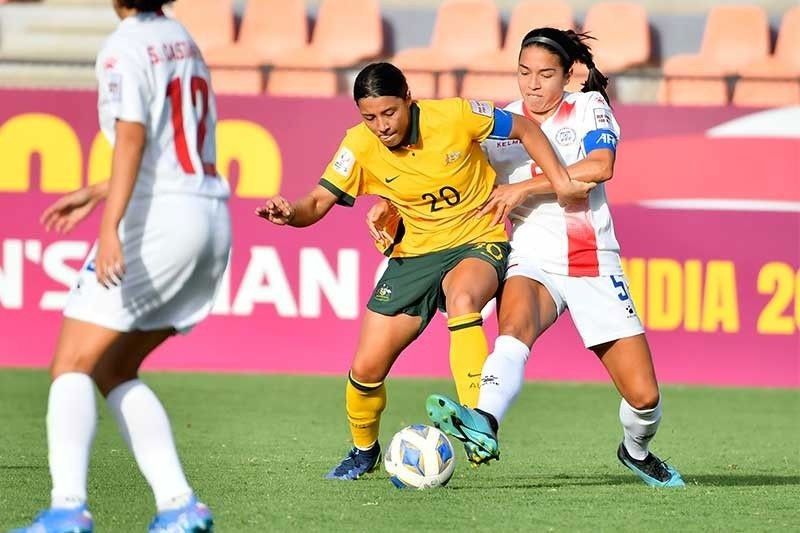 MANILA, Philippines — The Philippines shoots for a breakthrough quarterfinal slot in the AFC Women’s Asian Cup tonight against Indonesia at the Shree Shiv Chhatrapati Sports Complex in Pune, India.

With three points on a 1-0-1 win-draw-loss card in Group B, the second-running Filipinas can seal the country’s first knockout stage stint in an Asian meet by beating winless Indonesia in the 10 p.m. game (Manila time).

A draw may even be enough as long as third-running Thailand won’t get maximum points against unbeaten Australia (six points) in the other group match over in Mumbai.

“Our mindset going into this is to win against Indonesia and make it out of our group,” said defender Hali Long.

The Pinay booters look to sustain the momentum from their 1-0 upset of regional rival Thailand and gallant fight in a 4-0 loss to the fancied Matildas to get the job done.

“The Thailand game set the bar pretty high and then the Australia game set it even higher for ourselves. So we definitely gave ourselves quite the challenge for the next game to raise that bar even higher, regardless of Indonesia’s ranking,” said Long.

Indonesia sits 30 places lower than the No. 64 Philippines in the world rankings.