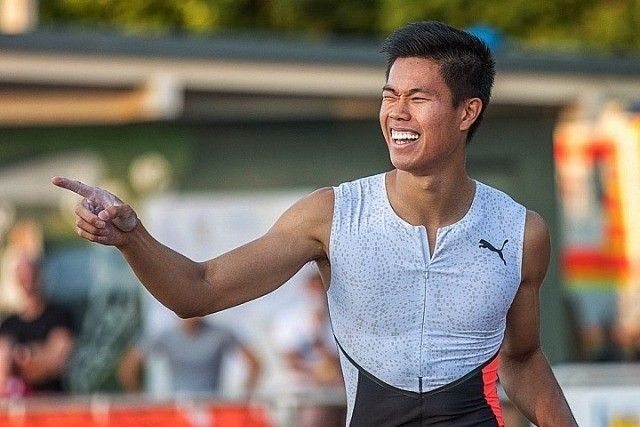 MANILA, Philippines – EJ Obiena is on the verge of losing his spot in the Philippine team.

This after the Philippine Athletics Track and Field Association (PATAFA) on Tuesday threw the book on the beleaguered Obiena with threats of filing a criminal case and dropping him from the national team for allegedly falsifying liquidations relating to payments to his Ukrainian coach Vitaly Petrov.

“The recommendations had just been made public today, so we will have to sit down and work out the mechanics and the procedures,” said PATAFA president Philip Ella Juico during Tuesday online briefer. “People will have to be notified, arrangements have to be made, so it is not an instant thing that we can do.

“Filing of cases will require documentation and all sorts of things, so we have to abide by all of this. It will soon be implemented,” he added.

The administrative committee that PATAFA has assigned to probe into the issue recommended the filing of an estafa complaint against Obiena “insofar as the funds in the amount of 6,000 Euros (P360,000) are concerned representing the coaches fees for months of May 2018 to August 2018.”

It also suggested that Petrov be “immediately terminated” as national team coach and be charged by World Athletics for violating the Integrity Code of Conduct.

In documents shown by PATAFA, Petrov had a signed statement claiming he wasn’t paid, which he later retracted saying Obiena had settled it in November last year.

The report, copies of which would be furnished to the Philippine Sports Commission (PSC) and the Commission on Audit (COA), also included findings that Obiena allegedly “misappropriated the amount or EUR 61,026.80 (P3.661,608.00 more or less) which were released to him by the PATAFA/PSC as payment for coaching fee of Mr. Petrov but which were not paid as of August, 2021.”

Obiena’s mother, former PATAFA auditor Jeanette Obiena, was also implicated and was being accused of having allegedly “misappropriated the amount of P624,116.76 she claimed from the PSC under pretext that it is a reimbursement of the coaching fee paid to Mr. Petrov for the months of January 2019 to March 2019.”

Obiena sought the help of the Philippine Olympic Committee (POC) executive board, which acted by withdrawing recognition from Juico as PATAFA chief, saying world-class athletes should be treated better.

PSC chairman William Ramirez tried to intervene and find a solution by suggesting a mediation but Obiena refused.

With the recent developments, it seems like there is no turning back for both Obiena and PATAFA.

(FILES) This file photo taken on August 6, 2021 shows Yuka Saso of the Philippines …