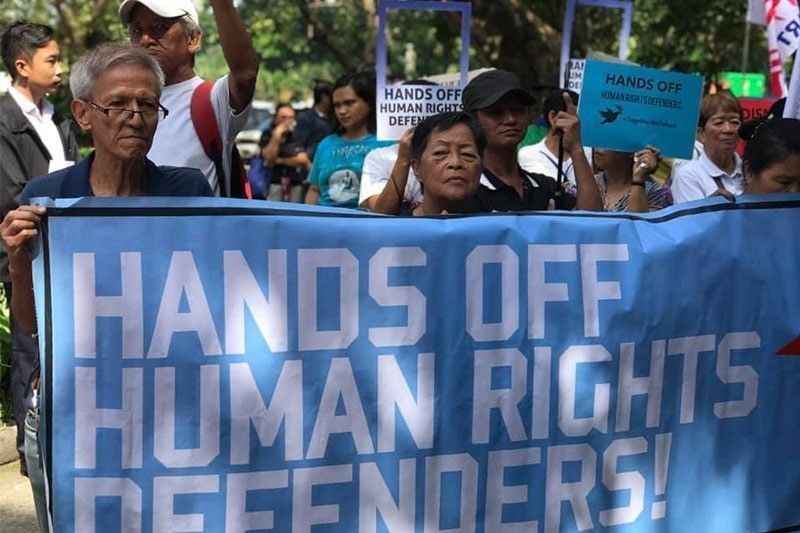 MANILA, Philippines — The House of Representatives has passed a bill to protect the rights of human rights defenders but it stands “little to no chance” of passage at the Senate, one of its authors said.

Another remained optimistic, saying that public support for the bill would make passage at the Senate easier.

“Unfortunately, there is slim to none chance for this measure to be passed this Congress,” de Lima told Philstar.com through her media relations officer on Tuesday.

“The topic of the bill necessitates extended deliberations in the Senate in both committee and plenary levels. Given the present extended office closure due to the pandemic, there might not be enough time to give this measure the scrutiny it deserves,” she added.

Even if Congress passes the bill, she said that it is “almost certain that President Rodrigo Duterte will veto it.”

The National Task Force to End Local Armed Conflict has expressed opposition to the bill, claiming incorrectly that the bill “seeks to institutionalize in the government, groups that are known fronts of the [Communist Party of the Philippines-New People’s Army-National Democratic Front]” in a Human Rights Defenders Protection Committee that will be chaired by a commissioner of the Commission on Human Rights.

According to the Senate website, SBN-179 or the proposed Human Rights Defenders Protection Act has been pending at the committee level since 2019.

“I’m truly disappointed that there has been no action on this very important bill all this time,” de Lima, former chair of the Senate human rights panel, said.

“We can now ask Sen. [Richard] Gordon, the committee chairperson, to set a hearing for this but the opportunity to hear it, much less finish committee hearing is very limited at this point,” she said.

Gordon chairs the Senate Committee on Justice and Human Rights.

Hontiveros said she remains optimistic that the bill still has a “fighting chance of being passed” in the chamber.

“What is crucial now is for more citizens, more human rights advocates, organizations, and allies to persist in our mission to protect those who defend our rights. When a proposed law has a groundswell of support, our institutions will often have no choice but to listen,” she told Philstar.com through her media relations office on Tuesday.

In a separate statement, Amnesty International called on the Senate to “swiftly and judiciously” pass the bill.

“It is crucial for this law to be enacted before the current Congress ends. The Senate’s action on the bill may help rescue the deteriorating human rights situation in the country fueled by Duterte’s counter-progressive policies on freedom of expression and association,” Amnesty International said in a recent statement shared on its website.

It also welcomed passage of the Human Rights Defenders Protection bill at the House, adding that it is “sorely needed” to address “the administration’s intense crackdown on activists and people who speak critically of its policies.”

“Enacting legislation at the national level is an important means by which States can recognize the work of human rights defenders and create robust mechanisms for their protection,” she said then.

States that enact legislation to protect human rights defenders “send a clear message about their willingness to uphold their human rights obligations,” she also said.