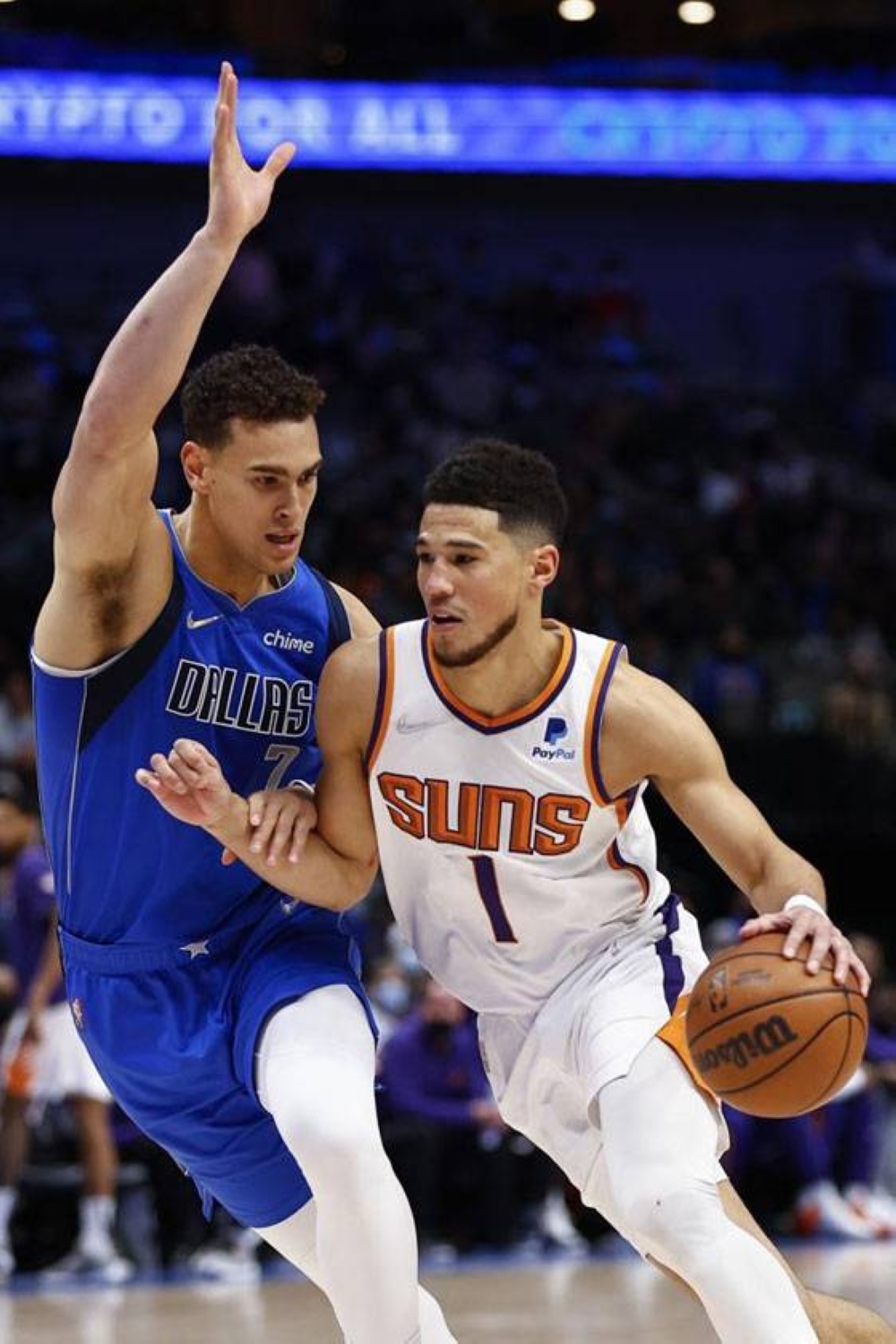 ONE ON ONE Phoenix Suns guard Devin Booker (1) drives against Dallas Mavericks forward Dwight Powell (7) during the first half of an NBA basketball game on Thursday, Jan. 20, 2022, in Dallas (January 21 in Manila). AP PHOTO

In a matchup of two of the NBA's hottest teams, Phoenix (35-9) finished a sweep of its season-high, five-game road trip and won its ninth straight against the Mavericks.

Luka Doncic scored 28 points, Jalen Brunson added 19, and Kristaps Porzingis had 18 points and 11 rebounds for the Mavericks (26-20), who finished a home back-to-back and had a four-game winning streak snapped.

After Mikal Bridges' floater gave Phoenix a 101-99 lead with 2:56 left, Bismack Biyombo — playing only his seventh game this season after joining the Suns this month — followed his free throw with a dunk to give Phoenix a 104-99 lead. Paul's 3-pointer with 19 seconds to go was the clincher, putting the Suns ahead 107-99.

In San Francisco, Keifer Sykes hit a go-ahead 3-pointer with 1:41 left in overtime and a layup the next possession, Chris Duarte scored 27 points and undermanned Indiana beat Stephen Curry and Golden State.

Golden State got one more chance with 6.4 seconds left after a jump ball and Klay Thompson checked in but couldn't get a shot off.

Curry scored 39 but none in overtime, missing a 3 from the top of the arc with 16.5 seconds left. He had a tying layup with 2:44 left and four free throws in the final 34.5 seconds of regulation, but Golden State surrendered Justin Holiday's tying 3 with 6 seconds left to send the game into OT.

Duarte hit clutch jumpers late in regulation as the determined Pacers hung tough on a night they were missing the starting backcourt duo of Malcolm Brogdon and Caris LeVert, along with starting center Domantas Sabonis because of injuries.

Brandon Ingram and Devonte' Graham each had 15 points for New Orleans, with Jose Alvarado adding 13 and Herbert Jones scoring 11.

RJ Barrett and Mitchell Robinson each scored 17 for the Knicks, with Robinson adding 15 rebounds.

New Orleans only led 46-42 at halftime, but opened the second half on a 32-12 run, which culminated with Hart making three free throws with 3:52 left in the third quarter.