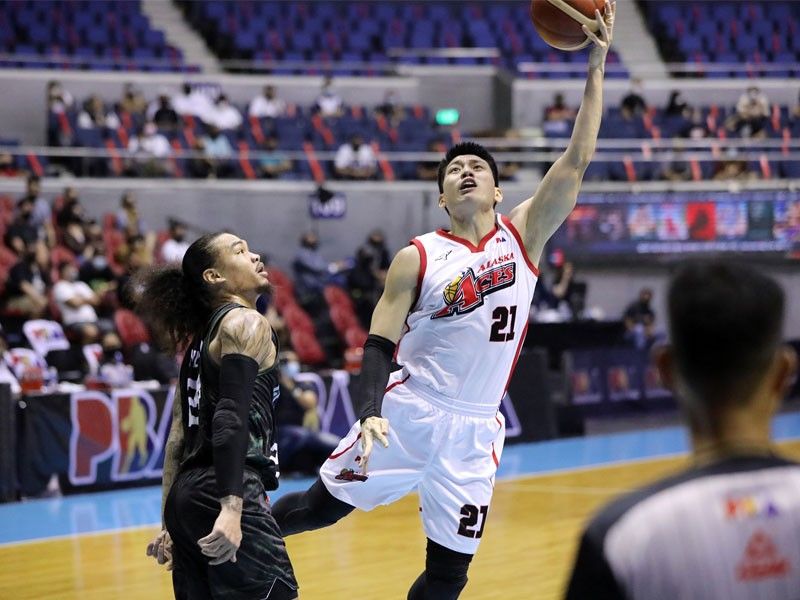 MANILA, Philippines – Alaska’s farewell tour in the PBA got off to rousing start as star guard Jeron Teng seized the driver seat in a bid to help the storied franchise cap off its final conference in the league on a high note.

Days after the announcement of the team’s imminent exit in Asia’s first professional league after 35 years, Teng took the lead and ignited the Aces’ final hurrah with two quick victories in the Governors’ Cup.

The former La Salle stalwart did it in style marked by a career-high scoring output to earn the Cignal Play-PBA Press Corps Player of the Week for the period February 16 to 20.

Teng, 27, prevailed in a hotly contested voting among the men and women that regularly cover the PBA beat, with TNT Tropang Giga’s Mikey Williams and Magnolia’s Adrian Wong also in strong contention for the weekly honor.

The second-generation player registered 18.5 points on 55% shooting clip aside from grabbing 5.0 rebounds, and dishing 2.5 assists on top of 1.5 steals in Alaska’s back-to-back wins over Rain or Shine and Terrafirma.

Teng’s stellar week included a new career-best of 30 points spiked by a 14-point eruption in the final period as the Aces clawed back from 20 points down to beat the Dyip, 102-97.

The Aces previously held off Rain or Shine, 80-74, as they claimed solo third place with a 5-2 card heading into the homestretch of their final PBA conference.

Teng is certainly eyeing a memorable exit as the Aces attempt to sail into the sunset with a 15th championship on deck after a decorated three and half decade stint highlighted by a grand slam in 1996.

“Every game, we’re inspired. We’re doing it for the Alaska company, of course for boss Fred Uytengsu, and for all the players that played before us, the Alaska legends, the management, the coaches,” said Teng, the fifth overall pick of the Aces in the 2017 draft.