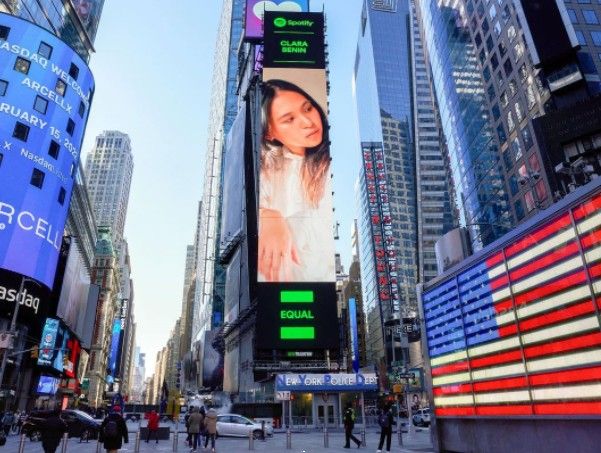 MANILA, Philippines — Indie singer Clara Benin is the latest Filipino artist who was featured on a giant billboard at Times Square in New York.

“Look I'm in Times Square! What an honor thank you Spotify for featuring my songs alongside all these lovely and talented women," she wrote in the caption.

"Hope our music touches and inspires more people,” she said in the caption," she added.

Clara, the daughter of Side A songwriter and bassist Joey, was featured as part of Spotify's Equal program which highlights women musicians around the world.

Nadine Lustre, KZ Tandingan, Belle Mariano and Ylona Garcia were also featured in the same Spotify campaign in the past.

The bestselling books in Canada for the week ending May 18, 2022

Dozens of Indigenous ironworkers died in the Quebec Bridge disaster of 1907. Their story is the inspiration behind ‘Sky Dancers’

Members of K-pop girl group TWICE have opened their own Instagram accounts. TWICE at their …