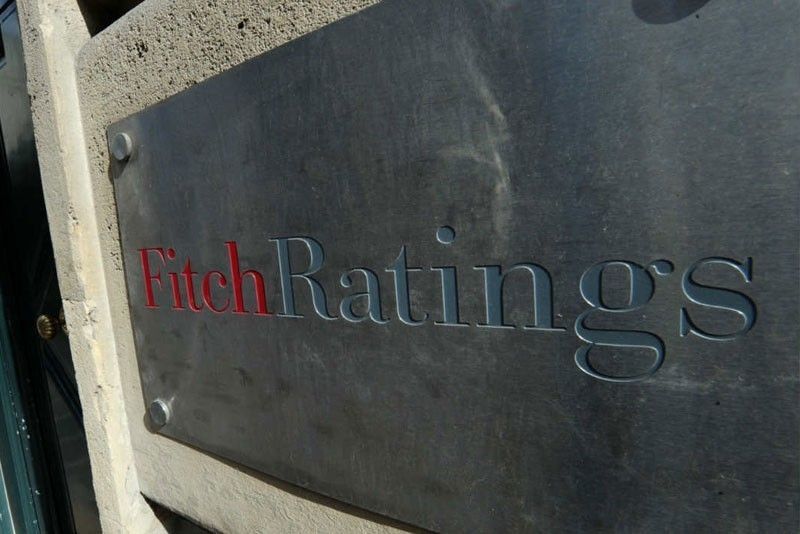 MANILA, Philipines — Debt watcher Fitch Ratings affirmed the Philippines' investment grade rating on Thursday, in a nod to the Duterte administration's strides towards economic recovery from pandemic fallout but remained wary of the fiscal cost of the government's pandemic response.

Fitch Ratings kept the sovereign's "BBB" rating while assigning a "negative" outlook, which meant the hard-earned credit rating that the Duterte administration has long tried to protect by limiting pandemic spending could be downgraded over the next 18 to 24 months.

Despite that, the Bangko Sentral ng Pilipinas noted in a statement on Friday that the country has maintained the same rating from Fitch throughout the coronavirus pandemic, despite a slew of rating downgrades for other countries throughout the crisis.

"[Philippine economic recovery] should be supported by a pick-up in vaccination rates (92% of 54 million target individuals had been fully vaccinated as of December 2021), falling COVID-19 infection numbers, normalized economic activity – particularly in services – after tight containment measures in 2020 and part of 2021. The fiscal and monetary policy response, strong infrastructure spending and resilient remittances and exports are also boosting the recovery," the BSP said.

The Philippine economy grew 5.6% in 2021 considering that the economy suffered from waves of infections and mobility restrictions. The shift to granular lockdowns in the latter part of the year cushioned the economic damage from economic restrictions, but other rating agencies are still wary of economic scarring as a result of the downturn.

"The government has accommodated the huge cost of COVID-19 crisis response to help vulnerable sectors survive and recover from the crisis, largely because of President Duterte’s comprehensive tax reform program and his policy of prudent fiscal management and discipline," said Finance chief Carlos Dominguez.

The Duterte administration has spent over $30 billion to bankroll its pandemic response, sending debt levels slightly above manageable per the latest data. In 2022, the national government signed a P5.2 trillion national budget, higher by 11% compared to its 2021 version.

Fitch Ratings remained wary of the country's uncertain economic recovery. The debt watcher noted effects of potential economic scarring from the pandemic, the risk of new virus variant sprouting up and the results of the May elections, which could spell uncertainty for the country's fiscal and economic strategy.

As the debt watcher sees it, unwinding stimulus measures pose certain risks. The country's credit ratings face downgrades if the national government fails to reduce its debt to gross domestic product ratio, which currently stood at 60.5%, raising questions on its ability to pay back creditors.

Fitch was also quick to point out the ratings still reflected the Duterte administration's shortcomings, such as governance.

"Philippines' rating balances strong external buffers and growth against lagging structural indicators, including per capita income and governance. It also reflects weak government revenue mobilisation compared with peers and government debt/GDP that rose sharply from pre-Covid-19 pandemic levels but is forecast to stay close to the 'BBB' median over the next few years," Fitch said.

The Duterte administration coveted an "A" rating by 2022 before the public health crisis derailed its plans.

Despite its outlook, Fitch expects economic growth in the country to accelerate 6.9% this year and 7% in 2023.

What’s a derecho and why is it so destructive? The science behind this powerful storm

U.K. PM ‘humbled’ by lockdown parties scandal, but wants to move on