Nadal edges ahead of Fed, Novak 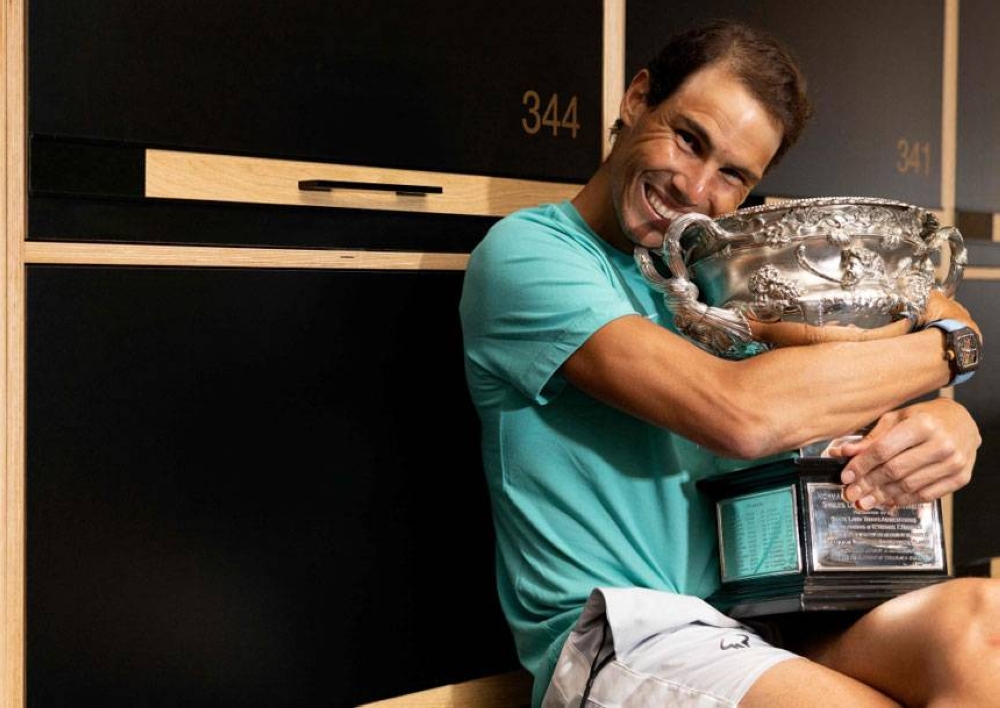 LONDON: The numbers do not lie. Rafael Nadal stands alone on 21 Grand Slam titles, breaking a tie with Roger Federer and Novak Djokovic in the race to be crowned the greatest male tennis player of all time.

The number of major titles is not the only factor used to determine where players sit in the pantheon but it is increasingly used as the go-to metric.

Nadal played down his astonishing achievement following his gruelling five-set win over Daniil Medvedev in the Australian Open final in the early hours of Monday.

The 35-year-old Spaniard said he did not care much whether his 21st title made him the best player in history or not.

But many fans are captivated by the debate about who will ultimately emerge from the golden age of men's tennis on top, with each of the “Big Three” supported by their own phalanx of die-hard supporters.

Swiss great Federer was out on his own as the sport's alpha male when he overtook Pete Sampras's record of 14 Grand Slam wins at Wimbledon in 2009, with Nadal trailing on six majors and Djokovic on just one.

As the rush of big titles began to slow for Federer from 2010, his two great rivals stepped on the accelerator, consistently winning Grand Slams over the following decade, even though Federer returned to winning ways in 2017 and 2018.

Nadal pulled level on 20 Slams after winning the French Open in 2020 and Djokovic joined the party after scooping three majors during a stellar 2021 season.

Nadal now has 58 “Big Titles”, defined by the men's ATP Tour as a trophy at a Grand Slam championship, ATP Finals, Masters 1000 tournament or an Olympic singles gold medal.

He is the fourth man in history to capture at least two trophies at all four Grand Slams, a feat also achieved by Djokovic.

Federer has won the most overall career singles titles of the three, with his tally of 103 only bettered by American Jimmy Connors, who won 109.

Djokovic is out on his own in terms of time spent at number one, notching 358 weeks at the top so far, with Federer on 310 and Nadal on 209.

The Serbian, who lags behind his two major rivals in the popularity stakes, also boasts a winning record in head-to-head matches against both, although Nadal edges Djokovic in their Grand Slam meetings.

So what next in the battle for tennis immortality?

Nadal did not have to confront either of his great rivals in Melbourne.

Federer was absent injured and Djokovic, unvaccinated against coronavirus, was deported on the eve of the tournament after Australia cancelled his visa.

The future of Federer, 40, is the biggest unknown as he works his way back from a persistent right knee injury that restricted him to just five tournaments last year.

He does not expect to be in action again for months and has said it is unlikely he will be fit for Wimbledon, where he realistically has his best chance of winning another major.

2022-02-02
AtinitoAdmin
Share
Previous Chot is concurrent coach of TNT, Gilas
Next DA-BFAR to put up fish feed mill in Aurora