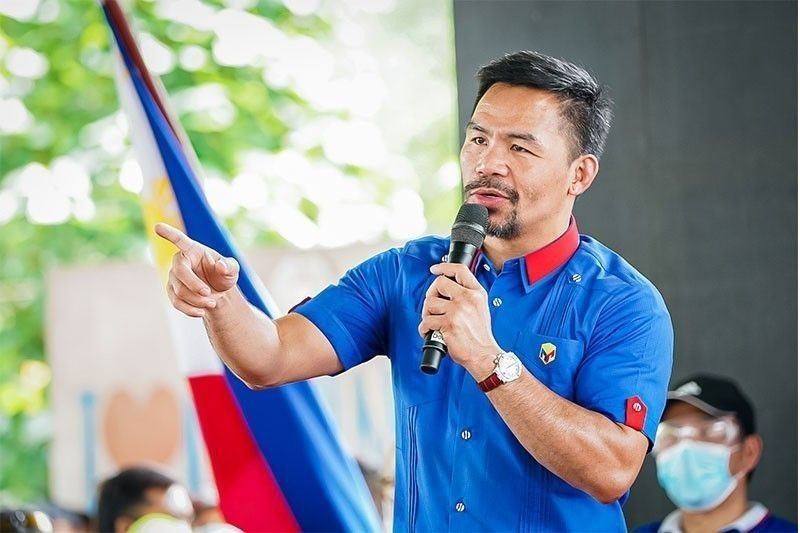 MANILA, Philippines — Presidential candidate Sen. Manny Pacquiao yesterday said he wants to criminalize loansharking and other usurious lending practices that have preyed upon cash-strapped Filipinos over the years.

During a media briefing at the municipal hall in Cainta, Rizal, Pacquiao said his government would put an end to the oppressive lending schemes commonly known as 5-6 – a practice where lenders charge an interest of 20 percent per month, which means that when a borrower borrows five pesos, they have to pay back six pesos.

“I don’t agree with that practice because ‘5-6’ is not humane, because it only aggravates the burdens of the poor who need to borrow money. Imagine, 20 percent interest monthly. That just only brings people deeper in debt and it makes it more difficult to surface from debts,” Pacquiao said.

He said small businesses are the usual victims of these loan sharks who take advantage of their desperate situation.

To end this practice, he said he would ask Congress to pass a law that would criminalize excessive interest charges on loans.

“It’s really illegal because instead of helping, they add to the poverty,” he stressed in Filipino.

Apart from criminalizing oppressive loan schemes, Pacquiao vowed to set up a fund that would be used to provide zero to low interest loans for micro-small and medium enterprises.

Pacquiao said because of systemic corruption, the government lacks the capacity to initiate programs that would provide credit facilities for poor Filipinos.

“I will create a fund that would give capital to the poor, and all they need to return is what they borrowed without profit or interest,” he said.

‘Red flag’ laws to prevent mass shootings could be on the U.S. political table. Do they work?