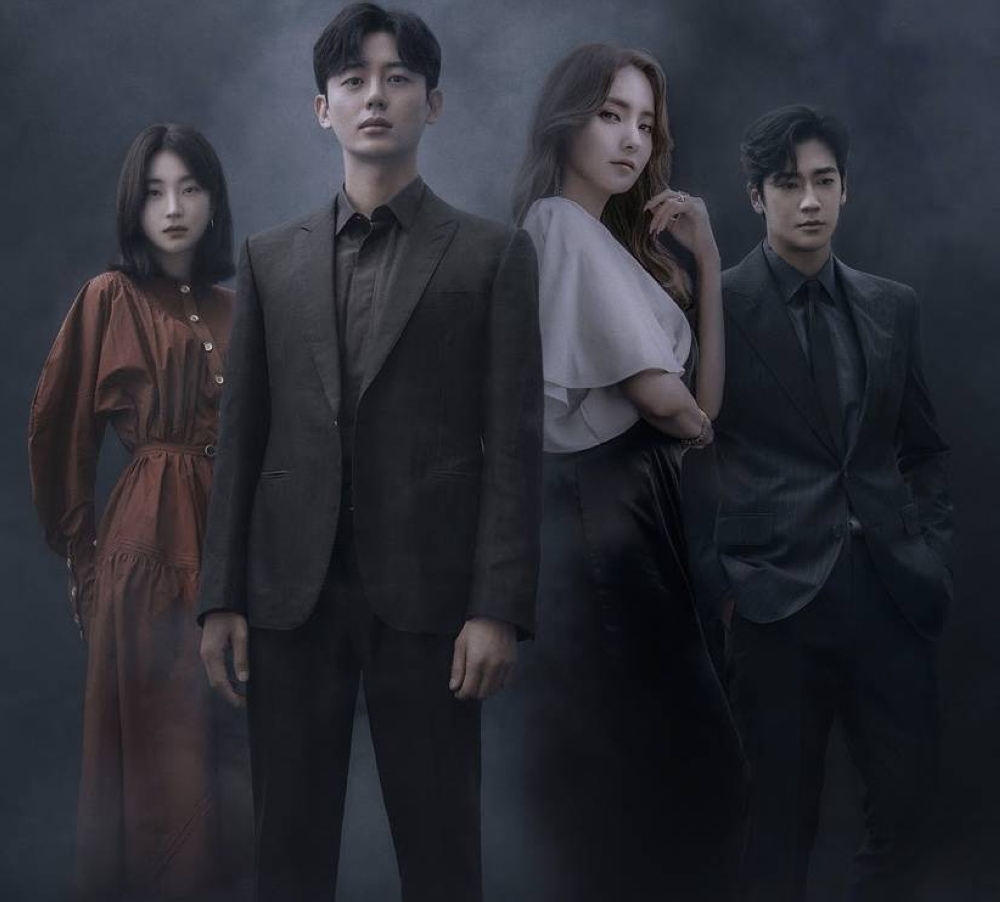 ‘Sponsor’ is a romance thriller of four men and women who will stop at nothing to satisfy each of their own desires. CONTRIBUTED PHOTO

An intriguing Korean drama will premiere on K-Plus. “Sponsor” is a 12-episode drama starring Lee Ji-hoon (“River Where The Moon Rises,” “Dinner Mate,” “Rookie Historian Goo Hae Ryung”), Han Chae-young (“Boys Over Flowers,” “A Pledge To God,” “Bel Ami”), Ji Yi-soo (“When the Camellia Blooms,” “My Fellow Citizens,” “Doctors”) and Koo Ja-sung (“Was It Love,” “The Secret Life of My Secretary,” “Misty”).

A thriller romance on scandalous love affairs between two men and two women, these people will do whatever it takes to get what they want, and they will set out to find a sponsor that will satisfy their desires.

Lee Sun-woo (Lee Ji-hoon) is an editor and photographer. He wears a warm smile but hides a thirst for revenge. Han Chae-rin (Han Chae-young) is the CEO of a beauty company. She possesses both wealth and beauty but longs for love. Park Da-som (Ji Yi-soo) is a rising star who will do anything for success. She struggles to protect her son who suffers from a rare disease. Da-som’s husband, Hyun Seung-hoon (Koo Ja-sung), is an aspiring model who dreams of success.

These four men and women reveal the true face of desire. Where will the desires for dream, love and passion lead them? Where will it end? What is the future for them?

See how actor Lee Ji-hoon portrays a flawless synchronization with his character who keeps a burning ambition and deepest desire for revenge hidden behind his warm exterior. He’s someone who had no choice but to pursue cruel revenge for the sake of the ones he loves, so he rationalizes all his actions based on that. To him, revenge is a fate that he can’t escape. Love is something that throws a wrench in his plans. Viewers can look forward to see how love gives him a change of heart.

Stay tuned to the unconventional chemistry of those who can’t help but fall in love, and the unpredictable development of the four characters’ perilous choices. The most important thing to keep an eye on in this drama is the relationships between the characters, which are constantly being spun upside down and inside out. Viewers will enjoy the drama even more if they pay attention to the subtle, nuanced emotions within those changing relationships.

Sponsor premieres on February 24 at 9:15 p.m., with encore every Sunday at 10:30 p.m. on K-Plus, the ultimate Korean entertainment network. In the Philippines, K-Plus is available via Cignal, SKY Cable, and CableLink.

2022-02-21
AtinitoAdmin
Share
Previous Calling for a concise and clear roadmap to recovery
Next ‘Sing 2,’ ‘Uncharted’ open in cinemas today