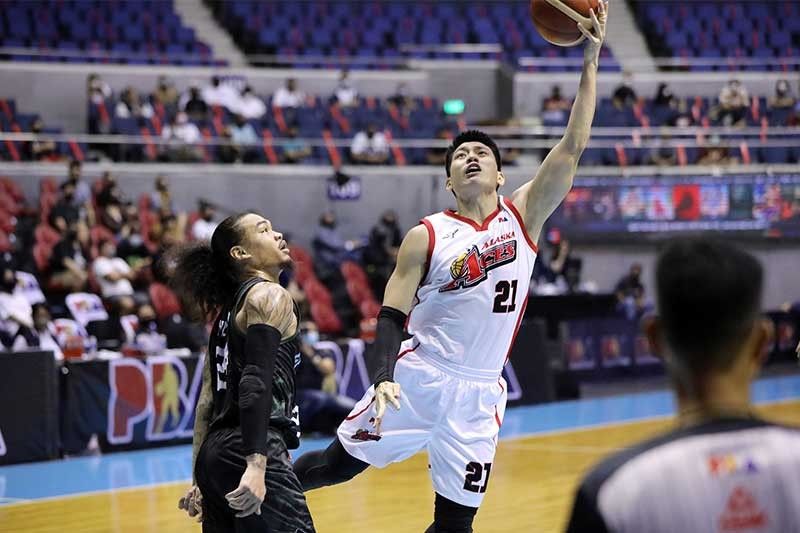 MANILA, Philippines — The Alaska Aces mounted a huge fourth quarter comeback to take the victory against the Terrafirma Dyip, 102-97, in the PBA Governor's Cup at the Smart Araneta Coliseum on Saturday.

After trailing by as much as 20 points at the tail-end of the third salvo, the Aces battled back to pull the rug from under Terrafirma.

Jeron Teng paced Alaska, who are playing their final conference in the PBA, with a career-high 30 points.

The fourth quarter where the Aces outscored the Dyip, 36-14, was triggered by back-to-back triples by rookie Allyn Bulanadi.

But it was Teng who was the late game hero after he scored all Alaska points in a crucial 7-1 run that gave the Aces enough breathing room, 100-95, to take the win.

He also stole the ball with 28 ticks left in the game to force Terrafirma to play the foul game.

His fellow Green Archer alumni Abu Tratter chipped in on offense with 21 points and 10 rebounds.

Alaska reinforcement Olu Ashaolu had a double-double as well of 11 points and 19 boards.

For the Dyip, it was Antonio Hester who paced the scoring with 24 markers.

Hester finished with a triple-double as he also had 14 rebounds and 11 assists.

Alaska thus improved to 5-2 and tallied their third straight victory while the Dyip fell to 2-5.