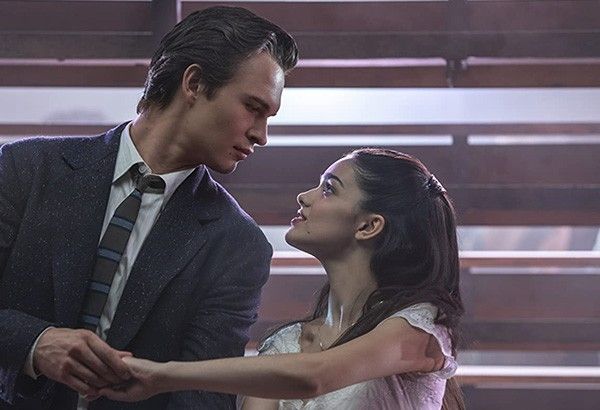 MANILA, Philippines — In 1957, Jerome Robbins, Leonard Bernstein, and Stephen Sondheim debuted a modernized musical version of "Romeo and Juliet" called "West Side Story," which was set in New York's Upper West Side between rival gangs of different ethnicities. Robbins would then help Robert Wise adapt it into a film in 1961, which went on to win 10 Academy Awards — a record for a musical.

And now 60 years later, venerated filmmaker Steven Spielberg has taken it upon himself to make a new adaptation of "West Side Story," and he does so with such reverence that honors the material, while becoming a cinematic masterpiece of its own.

Across a decades-long career, Spielberg has never done a musical. But one wouldn't have guessed such with how he handled such a cherished story, making it even a bigger sensational viewing than thought possible.

"West Side Story" was already a game-changer for theater, but Spielberg and screenwriter Tony Kushner give the tale more depth, adding more weight to an already socially-charged story.

The two are also aware of the 1961 film's place in history, and they find ways to integrate some bits of nostalgia in several set pieces through Robbins' original choreography but made fresh by Justin Peck's additions. Cinematographer Janusz Kaminski captures these numbers with great effect through well-placed angles and a balance between coolness and warmth.

And Spielberg makes creative decisions for audiences to better enjoy these sequences — "America" has moved from the rooftop at night to the warm New York streets, "Gee, Officer Krupke" takes place in a police station, and "Cool" is now between Tony and Riff.

From the electric ensemble, the standouts are a fierce and exciting Ariana DeBose as Anita, the slick and stern Mike Faist as Riff, and the absolutely engrossing newcomer Rachel Zegler as Maria with a vocal range that just about eclipses her peers.

Of course what would "West Side Story" be without Rita Moreno, who portrayed Anita in the 1961 film. Her Valentina bridges the past and present, and her rendition of one of the musical's most endearing songs will have any moviegoer in tears—a tune of the ending that Maria and Tony deserved.

It might not be possible to say which between the 1961 and 2021 versions is better as they shine in their own merits. What is certain is that the love that flowed then rushes through again, and we feel all the more happier for it.

RELATED: 60 years & counting: Why West Side Story never gets old

An alleged victim has come out to accuse Korean actor Nam Joo-hyuk, star of the …