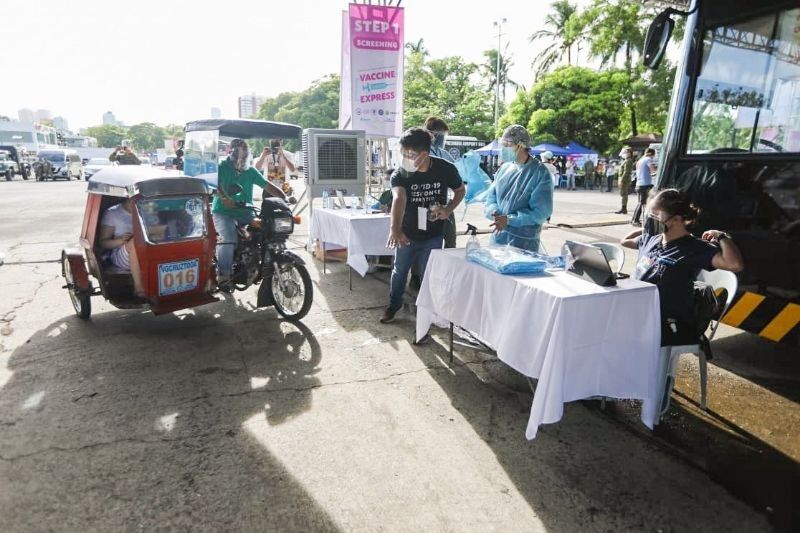 MANILA, Philippines — Vice President Leni Robredo has pulled the plug on her office's pandemic response program for the time being with the Commission on Election still yet to decide on her request to allow the programs during the campaign period.

Under Comelec Resolution No. 10730, the official campaign period begins on February 8 and ends on May 7, 2022. The resolution also defines "election campaigning" as "an act designed to promote the election or defeat of a particular candidate or candidates to a public office."

Speaking in her weekly radio program aired over dzXL, Robredo said that the last day of her programs’ operations was on Friday, February 4. She added that the Office of the Vice President and the Comelec had a hearing "last week" that she personally attended.

"We're suspending it for now because we’re waiting for Comelec’s decision on the exemption," the vice president said in mixed Filipino and English.

"We have [four] COVID-19 response programs and we are requesting for an exemption because while cases go down, we see the number of people asking for help every day. And if we stop this, others do not have anywhere to go. So, hopefully, the exemption can be granted so we can resume."

The programs include her Bayanihan E-Konsulta program, Vaccine Express sites, Swab Cab, and medical assistance program. The Office of the Vice President earlier said that it gets around 400 coronavirus-related calls per day on its teleconsultation platform.

Despite minimal funding, the Office of the Vice President has spearheaded pandemic response programs including free teleconsulting and vaccine express partnerships with local government units over the coronavirus-induced quarantines.

The vice president on Sunday added that she vowed not to show up at the programs' operations if her office were to be given an exemption.

"It would be a waste to end this because we're helping a lot of people. We understand why an exemption is needed, but we said that if we're given an exemption, I won't show my face there and we will make sure the logo isn't identified to me," she said.

She added that viral photographs of tarpaulins with her face on them were all volunteer efforts that she had no hand in designing.

Robredo also clarified that Friday is only the programs' "last day while waiting for the exemptions."

"If we aren't granted one, then we can't do anything about that because it's the decision of Comelec. But we're still hoping because so many patients are in need of help," she said.

"We have a lot of volunteer nurses and healthcare professionals and that's how we can help… hopefully we can get the exemption by this week."

The Department of Health recorded 8,361 cases of COVID-19 on Sunday with a 21.5% positivity rate.

2022-02-06
AtinitoAdmin
Share
Previous ‘Why now?’: Quiboloy legal counsel questions timing of FBI ‘wanted’ poster, trafficking charges
Next How the Prairies must adapt to meet the challenges of climate change

Looking back, moving forward: Toward a more inclusive Marcos gov’t