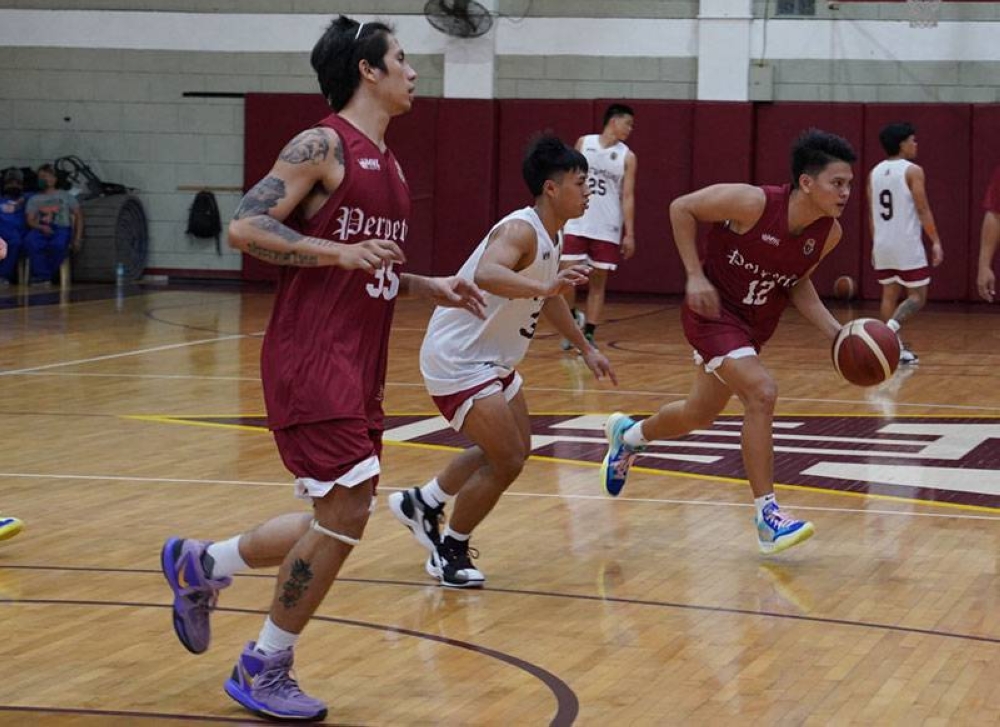 PREPARING FOR NCAA WARS The Altas of the University of Perpetual Help System Dalta practice at the Atlas Gymnasium in Barangay Pamplona 3, Las Piñas City on Monday, March 21, 2022, in preparation for the new season of the NCAA men’s basketball tournament which opens on Saturday, March 26, at the La Salle Greenhills gym in San Juan City. PHOTO BY DENNIS ABRINA

LAS PIÑAS CITY: A rookie-laden team and a new head coach make up the Perpetual Help Altas, who are ready for the return of the National Collegiate Athletic Association (NCAA) basketball wars on Saturday, March 26, at the La Salle Greenhills gym in San Juan City.

Saguiguit, however, said he will lean heavily on his nine rookie players who he hopes can play like veterans and adjust to the NCAA brand of basketball right away.

“We are ready, maganda naman ang blending of old and new players, all of them know the system inside the court, our main target is to win every game,” Saguiguit said.

The Altas placed seventh in Season 95 and are aiming to barge in the Final Four in Season 97. Men’s basketball was not held in Season 96 due to the Covid-19 pandemic restrictions.

The Altas will open their 2022 season on March 29 against the Jose Rizal University Heavy Bombers.