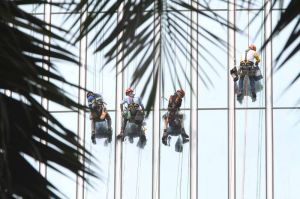 MALACAÑANG is studying the proposal of the National Economic and Development Authority (NEDA) to implement a four-day work week and extend the work-from-home (WFH) arrangement to cushion the impact of the steep climb of fuel prices on Filipinos and the economy, Palace acting spokesman Martin Andanar said.

NEDA Secretary Karl Kendrick Chua on Tuesday proposed decreasing the number of workdays to limit the mobility of workers and soften the blow from skyrocketing fuel prices on the economy.

Chua proposed a 10-hour, four-day workweek as an alternative to increasing minimum wage.

“Let us try to conserve energy and one of the examples here is through the four-day workweek. Every Filipino will still have to work 40 hours per week but instead of five days, it will be four days, and instead of eight hours, it will be 10 hours per day,” he said during President Rodrigo Duterte’s “Talk to The People” on Wednesday.

The official said that the same arrangement was implemented in 2008 when fuel prices increased.

He warned that the combined inflationary impact of the fare and minimum wage hikes may increase inflation by 1.4 percentage points, which could drive inflation beyond the government’s 2 percent to 4 percent target this year.

Chua said that increasing the minimum jeepney fare by P1.25 will also cause inflation to go up by 0.4 percentage points.

“According to the Bangko Sentral ng Pilipinas, our inflation rate is projected to hit 3.7 percent. If we add the 0.4 percentage points, this will be 4.1 percent,” he said.

Increasing the minimum wage by 6 percent or P39 per day in the National Capital Region will also cause inflation to go up by 1 percentage point.

“Higher inflation rate is a tax on all and leads to higher interest rates. We will all be affected by the faster increase in prices,” Chua said.

The Labor department said that implementing the four-day workweek requires no new law.

It can be implemented anytime by employers in consultation with their employees, Labor Undersecretary Benjo Benavidez said on Wednesday.

“Under the Labor Code of the Philippines, the normal work week is six working days, but the employer can reduce it to five, four or three days. It is a management prerogative,” he added. “So the proposed four-day work week does not need a law anymore to be implemented.”

Benavidez said that in support of the NEDA proposal, the Labor department can possibly come out with guidance in the form of a labor advisory to guide employers on the nitty-gritty of the new work arrangement.

“In my opinion it can help but at the end of the day, the decision will not be made by the Labor department but by the employer and their workers if they wish to implement such a work arrangement,” he said.

“Implementing flexible working arrangements like working from home is one of the best interventions that the government can do because it protects productivity for businesses and workers’ welfare while cutting fuel consumption,” Villanueva said.

The reelectionist senator renewed his call on the Department of Labor and Employment to work with businesses for the full implementation of the Work From Home Law, which was enacted in 2018.

“We have yet to see the end to the problems of traffic and high price of fuel, and WFH is one way for industries to adjust and cope,” Villanueva said.

Lacson said that shortening the workweek “is a good idea because at least three days [worth of fuel cost] would be saved.” — With Bernadette Tamayo, Javier Joe Ismael and William Depasupil