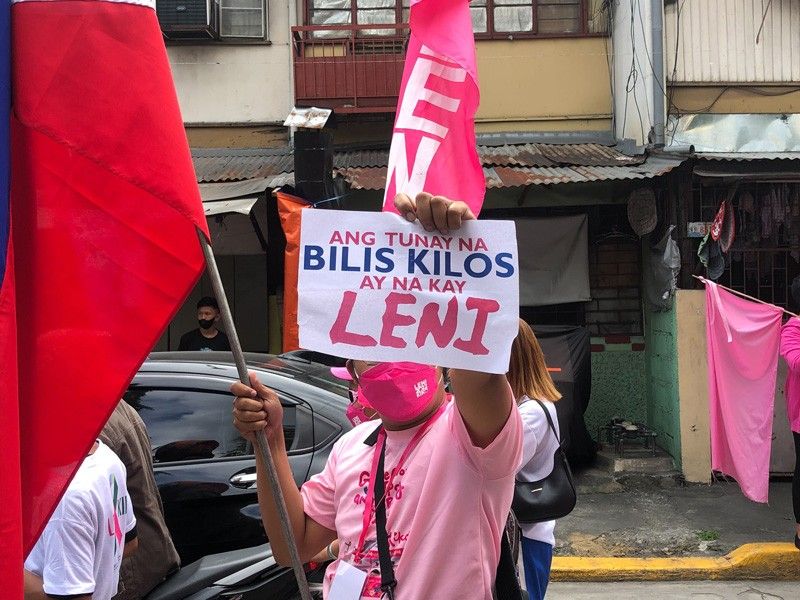 At a press briefing earlier Thursday morning, Lito Banayo, Moreno's political strategist called into question the vice president's meeting with religious leaders from Metro Manila supporting her presidential bid at the Cathedral-Shrine and Parish of the Good Shepherd.

"We didn't want the bishops and priests to be compromised. Because the instruction of Pope Francis is clear for the Catholic Church not to meddle in politics," he said in Filipino.

"They can preach moral values. But to use the Church itself as a focal point for a rally, that's not acceptable. And we saw that on TV, there were leaflets and pink propaganda materials in front of the altar. That sends a different message already."

The vice president urged the church to join her in her fight against disinformation as she said that the Catholic Church in her hometown of Naga City helped establish a "People's Council" that forced the local government to be honest in its dealings.

Moreno, too, is coming off a motorcade going to Balanga City where he paid a courtesy visit to Bishop Ruperto Cruz Santos of the Diocese of Balanga.

"We don't deny anyone's right to preach their moral values in choosing their leader…That is their right. But on our part, we can't do something like that," Banayo also said Thursday.

"But for us, we don't ask the media to cover [when we met with the bishops]. We made it a very private affair." — Franco Luna