Next president seen to zero in on growth 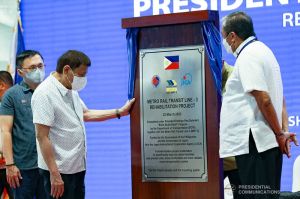 A PROMINENT United Kingdom-based research institution expects broad policy continuity in the Philippines following the elections on May 9.

“Regardless of the presidential election outcome, we expect a smooth transition to the new administration with only minor changes to economic policy,” Fitch Solutions underscored in a report released on Friday.

It said Ferdinand “Bong Bong” Marcos Jr.’s policy approach is the most close to outgoing President Rodrigo Duterte’s, while Vice President Maria Leonor “Leni” Robredo’s presents the largest divergence, but both of them will provide some policy continuity.

Marcos has consistently led pre-election surveys, while Robredo has been drawing record crowds to her campaign rallies.

Fitch noted that policies like Duterte’s flagship Build, Build, Build infrastructure program and maintaining a geopolitical balancing act between the US and China would likely be retained by the next president.

But it pointed out that Robredo’s stance of favoring public-private partnerships contrasts with the Duterte administration’s preference for Japanese and Chinese financing.

“On the foreign policy front, there is a more clear-cut difference between the two leading candidates, particularly on the issue of South China Sea,” Fitch said.

Marcos has mainly repeated Duterte’s stance on the dispute, declaring his preference for bilateral negotiations and seeking a fishing agreement with China. Robredo, in contrast, has stuck to leveraging the 2016 Hague judgment and forging relationships with other countries that share her views on the subject.

“Nevertheless, we believe the next Philippine administration will likely continue to prioritize the country’s economic interests and maintain a delicate balancing act between the US and China,” Fitch concluded.