The newest all-girl P-pop group Calista was formally introduced via a grand media launch held Tuesday night at the Monet Ballroom of the Novotel in Cubao, Quezon City. 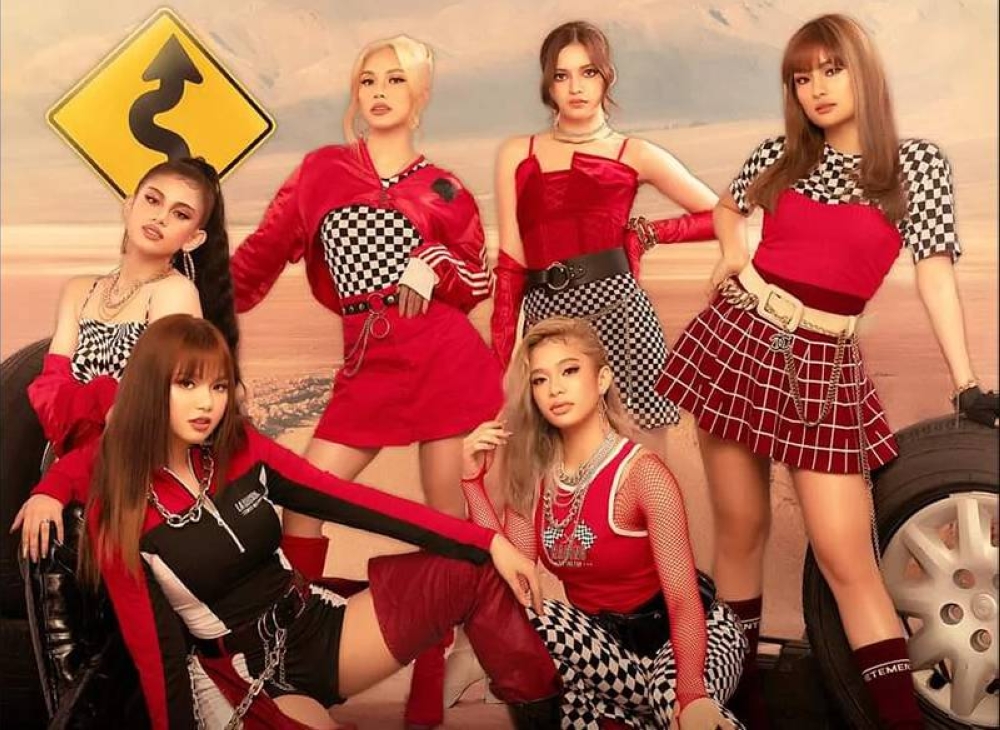 All-girl P-pop group Calista – coined from the words “Call It A Star.”

Calista was coined from the words “Call It A Star.” The group is being managed by Tyronne Escalante Artists Management (TEAM) which also handles the careers of Jane de Leon, Kelvin Miranda and Arkin del Rosario.

Also launched during the event was the music video for Calista’s debut single titled “Race Car” which can now be downloaded thru various digital streaming platforms.

Released on YouTube and produced by Merlion Events Production Inc, the music video completely captures the essence of the song. Written and composed by sought after music producer Marcus Davis, “Race Car” is all about Calista’s race to the top of the industry.

“These girls are on the rise and they’re getting there fast. Calista promotes women empowerment and ‘Race Car’ is meant to be an anthem. It’s for all girls who have a strong drive to reach the top and aren’t afraid to get what they want,” Escalante shared.

“We launch the video today, very aware that it’s ‘International Women’s Day.’ Calista represents all women that are claiming their space. They’re here and they’re ready to prove themselves.”

Shot in the span of three days, the music video was filmed in the Asian Aerospace airplane hangar in the NAIA Complex, Pasay; I’M Hotel’s rooftop bar Antidote in Makati City; and Clark International Speedway in Mabalacat, Pampanga.

“Calista’s ‘Race Car’ music video features a helicopter and sports cars. It’s a symbol of what you can achieve if you work hard. Our production team took the song to heart and worked tirelessly for days to ensure the success of this music video. From finding the right venues to editing the video, this music video is the result of everyone’s effort and dedication,” Merlion CEO Atty. Javier Flores revealed.

The press launch was hosted by DJ JhaiHo of MOR 101.9 and featured performances by Billy Crawford and Niana Guerrero. During the press launch, they also announced details regarding the upcoming “Vax to Normal” concert.

Calista is set to headline the concert on April 26 at the Smart Araneta Coliseum in Cubao, Quezon City. “Vax to Normal” will also be telecast on TV5 and features special performances by Yeng Constantino, AC Bonifacio, Elmo Magalona, Andrea Brillantes, Darren Espanto, and Ken San Jose.

The concert is produced by Merlion Events Production Inc. and directed by Nico Faustino. Soc Mina is the concert’s musical director and the choreographer is dance icon Nesh Janiol

Award-winning actor Allen Dizon did very well in his role as the corrupt police officer in “Walker,” his latest movie and maiden offering of Sunrise Films.

Directed by Joel Lamangan, Allen’s portrayal of the bad cop should garner attention from the audience.

Allen (Greg) makes life miserable for Sunshine’s family. He doesn’t talk much but you can sense his character is capable of doing something for people he dislikes.

The actor made good use of his expressive eyes to convey a whole gamut of emotions. He is so bad in his role that you’d wish him dead.

We won’t be surprise if he wins an award for his work in “Walker” – a term used to describe prostitutes.

“Walker” was written by Troy Espiritu.

Various groups have thrown their support to the tandem of Manila Mayor Isko Moreno and Sara Duterte. The coalition named ISAng Pilipinas supports the bid of Isko for the presidency and Sara for the vice president.

The conveners of ISAng Pilipinas met with the press at the historic Club Filipino on Wednesday morning to declare their support for the candidacy of Isko at Sara. 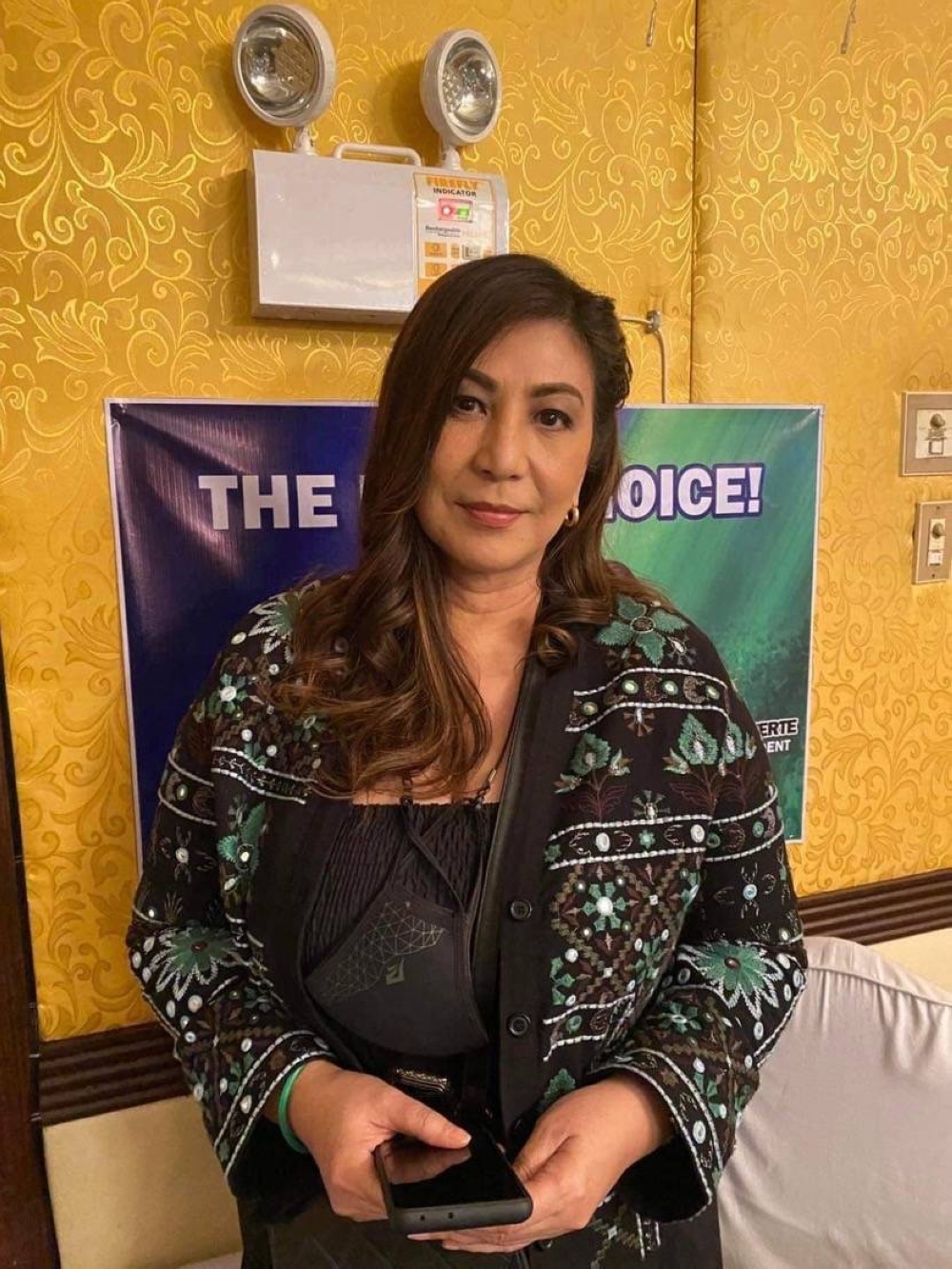 Vivian Velez, one of the conveners of ISAng Pilipinas coalition which supports the bid of Isko Moreno for the presidency and Sara Duterte for the vice president.

According to former sexy star Ms. Vivian Velez, Isko and Sara are the best choice to be our leaders for the next generation.

The supporters of ISAng Pilipinas said they are doing this without politics involved.

Vivian said that she and her companions who formed ISAng Pilipinas believe in the capability and capability of Isko and Sara to lead the Philippines in these trying times.

With two months left before the elections, the conveners of ISAng Pilipinas promised to work hard to convince the voters that Isko and Sara are the best choices to lead the country.

Mayor Isko’s efficiency in running the City of Manila was a factor that made ISAng Pilipinas support Isko’s bid for the presidency.

They also used the same yardstick in their decision to support Sara Duterte to be the vice president.