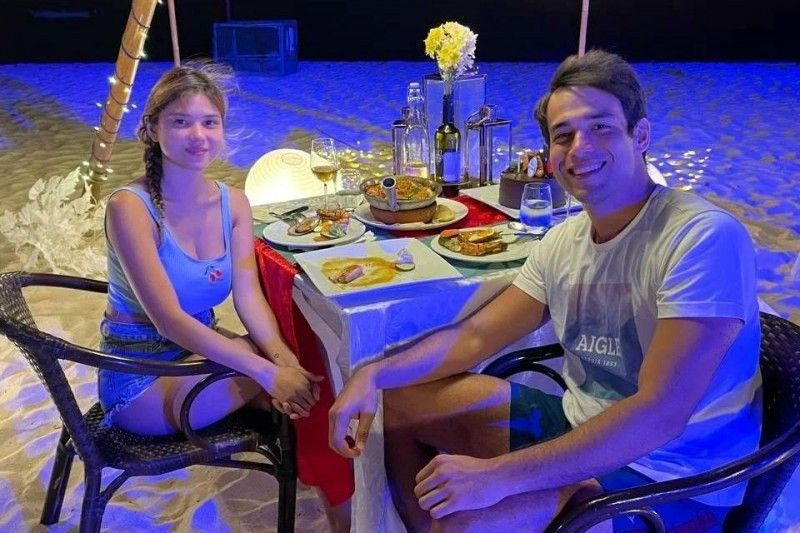 MANILA, Philippines — The Philippine National Police corrected an earlier misstatement to say that it does not condone violence in the alleged case involving actor Kit Thompson beating girlfriend Ana Jalandoni.

“We do not condone any act of violence, especially against women,” the police force said in a statement Saturday. “As we celebrate Women’s Month, we couldn’t stress enough the inherent role of the PNP to protect the rights of every woman in society.”

Ana Jalandoni speaks up on alleged beating by Kit Thompson

In its previous statement, the PNP said it condones acts of violence, prompting reactions and corrections on social media.

“The PNP continues to monitor the condition of the lady victim after the rescue operation,” PNP said in its new statement.

“The suspect, actor Kit Thompson, has been arrested at inihahanda na po ang mga ebidensya for possible filing of charges,” it added.

“When you love someone you will never ever harm them. Minahal mo ba talaga?” Ana asked.

“This is me saying, you all should be careful out there. I can’t reply to all of you right now but thank you for checking up on me,” she said.

“We have just been informed that one of our artists, Mr. Kit Thompson, was allegedly involved in an incident that transpired last night in Tagaytay City, Cavite. As we have yet to receive a formal report regarding the alleged incident, we could not give a response nor comment on the matter,” it said.

“However, we request the public to be mindful of casting judgment based on unfounded reports being circulated online,” it added. — Jan Milo Severo