Breaking News
Home / Editorial / The virus that refuses to go away

The virus that refuses to go away 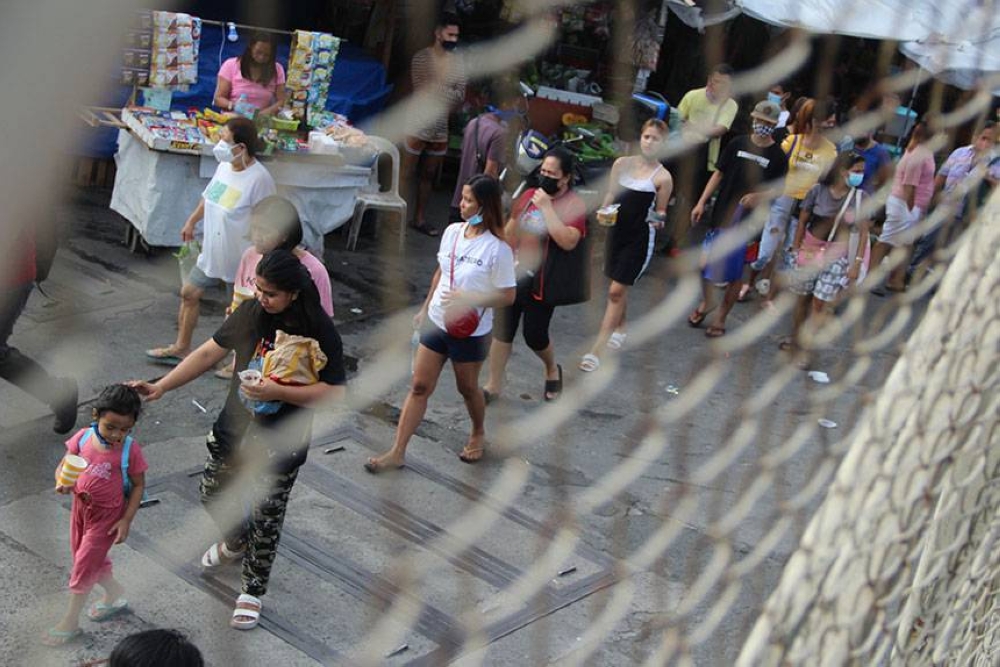 Residents of Quezon City form up a long line at a sidewalk of Commonwealth Avenue leading to a distribution of aid or dole out on February 20, 2022, the distribution however began on February 17. PHOTO BY ENRIQUE AGCAOILI

IT’S been two years since a coronavirus pandemic was declared by the World Health Organization (WHO). In the months following, a sense of biblical dread blanketed the world as the virus spread sickness and death, paralyzed economies and disrupted billions of lives. The world has fought back with a vaccination offensive that has blunted Covid-19’s advance. The toll, however, has been massive: 457 million infections, 6 million deaths, and a global financial loss of $85.54 trillion.

Countries like the Philippines have begun to relax anti-coronavirus restraints to breathe life back into businesses that were choked by lockdowns and get the economy back into high gear.

Many believe that the worst is over. Top officials of the WHO, however, are not clinking glasses to celebrate the second anniversary of the declaration of the pandemic.

They are, in fact, dismayed. Two months before the pandemic declaration, the WHO had already issued a public health emergency of international concern for the coronavirus — its highest level of alarm for an outbreak — when Covid-19 was still largely confined in China.

WHO emergencies director Michael Ryan lamented that “the warning in January was way more important than the announcement in March. Do you want the warning to say you’ve just drowned, or would you like the warning to say the flood is coming?” Maria Van Kerkhove, the WHO’s technical lead on Covid-19, shared Ryan’s frustration.

For Van Kerkhove, observing the anniversary of the pandemic declaration “is fundamentally incorrect.” And it buttresses the belief that the WHO was late in ringing the warning bells for Covid-19.

“You hear the frustration in our voices because we still haven’t corrected the narrative. It will happen again! So, when are we actually going to learn?” she said.

The two-month gap of inaction allowed Covid-19 to race around the world almost unimpeded. For many countries, it was a tragic miscalculation.

The fight is definitely far from over. It has even gotten more difficult now that complacency could be setting in again in the rush to attain the “new normal.” The initial impetus to create a vaccination shield against Covid-19 appears to be waning. More than 5 billion worldwide have received one dose of Covid vaccine; that’s 65.1 percent of the world population. And there remains a huge divide between vaccination programs. In low-income countries, which depend largely on doses donated through Covax, only 14 percent of the population has received at least one dose of a vaccine. In high- and upper-middle-income countries, it’s 79 percent. In the Philippines, 63.1 million have been fully inoculated, and 63 million are waiting for a second dose. About 11 million have received a booster shot. The government’s vaccine blitz, however, continues to fall short of target, and the latest round of jabs had to be extended one more day.

We must not slacken our inoculation drive now that Covid infections are on the rise again in China. In Hong Kong, 2,000 hamsters were ordered culled after 11 of the popular pets tested positive for coronavirus. It could be the first proven case of an animal transferring the virus to humans.

Early in 2020, bats being sold in a market in Wuhan, China were widely suspected to have transmitted the first known coronavirus strain to humans. That narrative, however, was never fully substantiated, and the origin of the coronavirus remains a mystery to this day.

Despite the threat, the Philippines has not restricted travel from Hong Kong, as health authorities assure that basic Covid precautions such as masking are enough to block a foreign variant. Health officials are more worried about the threat from the huge crowds attending election campaign events such as motorcades and rallies. The danger of these gatherings becoming Covid super spreaders is all too real. Social distancing has all but melted in defiance of Commission on Elections rules.

Two years on, we’ve fought off one Covid wave after another and grown confident that we are on the road to recovery. Still, we must accept the reality that the coronavirus could be, at this moment, morphing into a more resilient, deadlier strain, waiting to strike again.