Share
Other than an apology for residential schools, what else could the delegates request? I suggest they ask the Pope to scrap a couple of papal bulls that laid the fictional foundation for colonization, writes Taionrén:hote Dan David.

This column is an opinion by Tahieròn:iohte Dan David, an award-winning journalist based in Kanehsatake Mohawk territory. For more information about CBC’s Opinion section, please see the FAQ.

This week, a group of Indigenous people are at the Vatican looking for an apology from Pope Francis for what priests and nuns of the Catholic Church did to generations of children, families and communities at residential schools across Canada.

But what does an apology mean in real terms for Indigenous peoples?

Children were forced into Catholic-run schools, regardless if their parents had converted to Catholicism or not. An apology from the Pope might give Catholic survivors comfort. But many have left the church, and may never return. Still others tried to rebuild their lives by turning to traditional beliefs and ceremonies.

Many Indigenous peoples across Canada didn’t attend Catholic residential schools and are not Catholic. To them, what’s the big deal? An apology means the church might finally pay its share of the largest class-action settlement in Canadian history. But even an apology is no guarantee they’d pay.

Popes have made lots of apologies in the past: for African slavery, sexual abuse and (not quite an apology) a request for forgiveness for “sins” against Jews, women and European Roma. Last year, Pope Francis apologized to the Greek Orthodox Church.

Other than an apology for residential schools, what else could the delegates request? I suggest they ask the Pope to scrap a couple of papal bulls. Six years ago, Indigenous groups from across the Americas did just that. They could ask again, or even ask for a new papal bull that recognizes the United Nations Declaration on the Rights of Indigenous Peoples (UNDRIP).

Papal bulls are pronouncements or decrees issued by the Vatican. In 1961, Pope John XXIII issued a papal bull calling for a Second Vatican Council. He wanted the church to align itself to 20th-century realities. Historically, papal bulls have granted Henry VIII the right to marry his brother’s widow, defined papal infallibility and authorized torture and slavery.

Two papal bulls, one in 1455 and another in 1493 shortly after Columbus “discovered” the Americas, granted explorers the right to claim the entire continents of Africa and the Americas.

Scholars lump these two papal bulls under one title: the Doctrine of Discovery.

This doctrine set a legal pretense, a fictional foundation, for colonization from then until now. 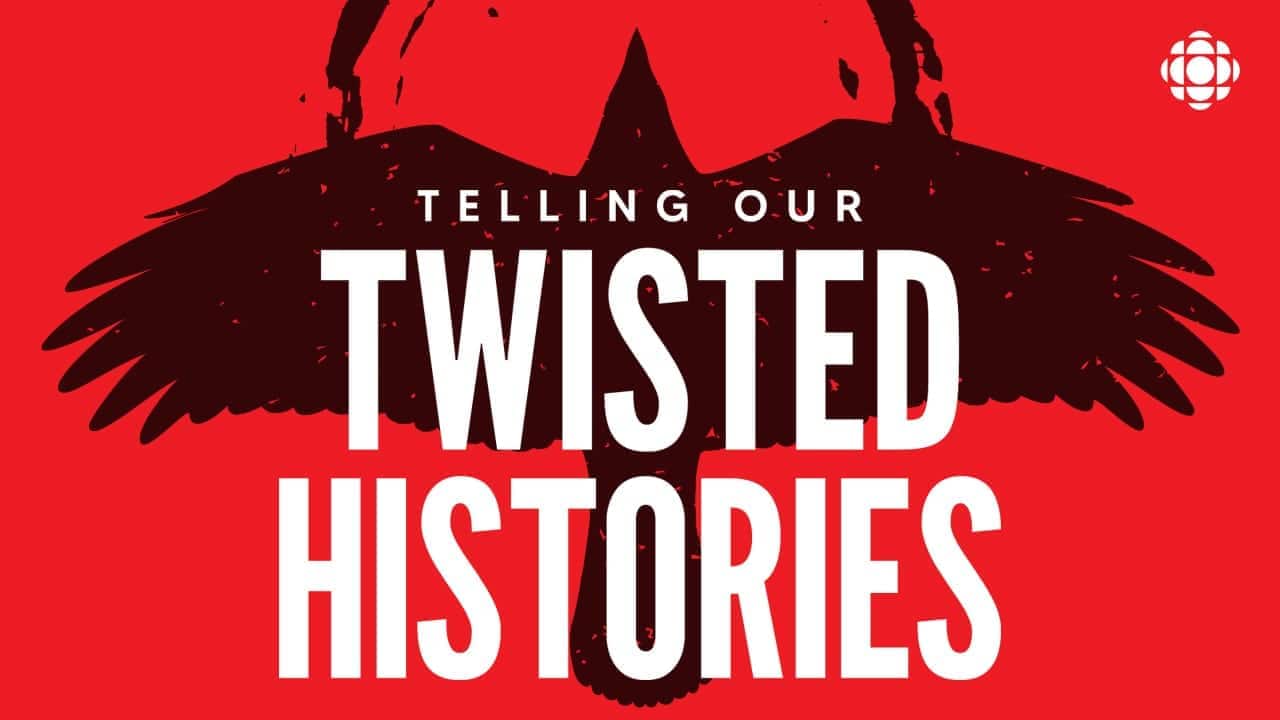 70 conversations. 15 Indigenous communities. 11 words with the power to hurt. In this first episode, host Kaniehti:io Horn decolonizes the word, ‘discovery’. Christopher Columbus, Jacques Cartier, even Leif Erikson all claimed to have found a ‘new’ land. But by the time they reached the shores of the Americas, millions of people had already been living here for at least 11,000 years. The Doctrine of Discovery –a papal bull from the 1400’s– justified the dispossession and displacement of the First Peoples from their Lands. Together, we’ll explore words that are now helping us to rewrite our history. Telling our Twisted Histories is a podcast series made by Indigenous people for anyone who wants to start decolonizing their vocabulary – and their histories – one word at a time. Telling Our Twisted Histories is a Terre Innue and CBC co-production.21:55

Indigenous peoples in Africa and the Americas were deemed unworthy of European legal protections. The doctrine declared these lands terra nullius, lands belonging to nobody. To the colonizer, Indigenous laws, governments, religions, did not matter. The lands and resources under Indigenous feet no longer belonged to them — but to the colonizer.

The influence of these two papal bulls are seen in Canada’s Indian Act, the reserve system, land claims and residential schools.

For example, First Nations don’t “own” their reserves. They exist on “Crown land” at the pleasure of the Crown, the government of Canada. Everything, from the pass system to the outlawing of traditional ceremonies and denial of fundamental legal rights, all can be traced back to the Doctrine of Discovery.

But society has changed. The simpler days of colonialism are fading as Indigenous peoples struggle to have their collective rights recognized. Still, the federal government clings to the ideas of the Doctrine of Discovery and finds itself ever more confused by its own Indigenous policies

On the one hand, Canada claims overall “sovereignty,” including “territorial sovereignty.” Yet Canada’s courts are, more and more, recognizing the pre-existing or residual rights of Indigenous peoples to self-government and unceded territories.

Even a casual observer can see that Canada’s playing a crooked game using a stacked deck with Indigenous rights at stake. The aces in that stacked deck are these papal bulls. Without them, the ideological house of cards collapses.

Nobody expects Canada to dismantle itself and return to precolonial conditions. But people do expect this country to acknowledge its past, confront its racist foundations and abide by UNDRIP.

To begin, it must disavow this Doctrine of Discovery as the foundation for its national policies and laws. Decolonization, true reconciliation, demands nothing less. Canada must understand that residential schools are only part of the story.

Canada needs to understand where it all started — in Rome, nearly 500 years ago, with the writings of a Pope.

Support is available for anyone affected by their experience at residential schools or by the latest reports. A national Indian Residential School Crisis Line has been set up to provide support for former students and those affected. People can access emotional and crisis referral services by calling the 24-hour national crisis line: 1-866-925-4419.

Do you have a strong opinion that could add insight, illuminate an issue in the news, or change how people think about an issue? We want to hear from you. Here’s how to pitch to us.

Tahieròn:iohte Dan David is an award-winning journalist based in Kanehsatake Mohawk territory near Oka, Que. Some journalists call him the “grandfather of APTN News.”

Police in Saanich, B.C., announced Saturday that they’re letting locals back into what was for …