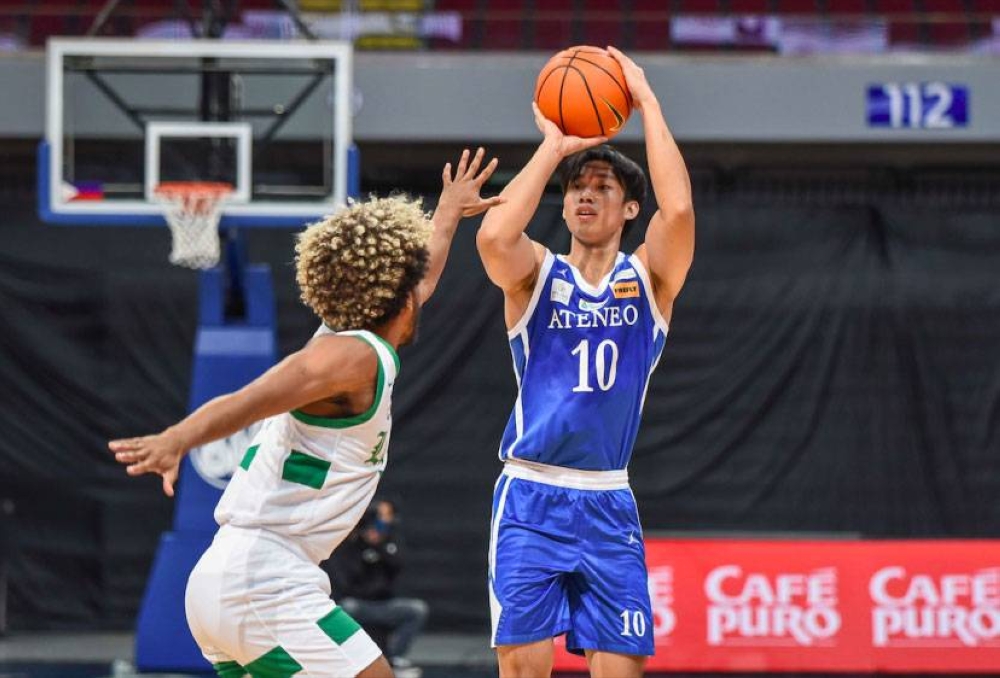 Game time is 7 p.m.Unlike their first encounter this season on April 2 where the four-peat seeking Blue Eagles scored a 74-57 win over the Green Archers behind closed doors, this rivalry game will be spiced with live cheers as the UAAP have been accommodating fans back to the venue since April 5.

Ateneo’s win then broke its tie with La Salle at 3-0 and allowed the former to take the solo lead at 4-0. After the first round, Ateneo still leads the pack with a 7-0 slate while La Salle is in third place with a 5-2 win-loss card.

The Blue Eagles are coming off a 91-80 win over the University of Santo Tomas (UST) Growling Tigers last Saturday to sweep the first round and extend their winning run to 33 games.

With a chance to extend their winning run that started in 2018 against no less than their archrivals, Ateneo lead assistant coach Sandy Arespacochaga maintained that the Blue Eagles are not focusing on that, as they have always used and shall use the proverbial one game at a time approach.

“I think every game is really going to be a dog fight, we’re not looking at a record for how many wins we have. That’s something we’ve been stressing to our players even in this game, the game’s not yet over, so we’ve been coaching them, we’ve been hard on our players from the start to the very end.”

Meanwhile, the Green Archers closed their first round campaign with a 61-58 triumph over Adamson University (AdU) Soaring Falcons last Saturday.

La Salle head coach Derrick Pumaren said that such a win is important as the Green Archers look to stay within striking distance of the Blue Eagles and the University of the Philippines (UP) Fighting Maroons (5-2), who occupy the top spots.

“We’ve been talking about this, we have to get as many wins as we can, so far we have gotten five wins. We wanna stay on the path, we’re trying to catch up with UP and Ateneo, and this is a very important game for us, so we talked about during the pre-game that we have to end the first round on a winning note,” Pumaren said last Sunday.

Pumaren also stressed the need for his team to be sharp as the race for the Final Four heats up.

“We’re still good, couldn’t ask for more and I think we’re in a better spot, but the second round’s gonna be tougher so we just have to be ready for that and I think we have to have that conscious effort to play really as a team. Offensive wise, our execution (needs fine-tuning) because we cannot make mistakes now. This is the second round, one mistake might cause you the game, and that might cause you to be eliminated in the Final Four.”

The AdMU-DLSU game caps off the day’s quadruple-header that also features the National University-UP battle at 10 a.m., the Far Eastern University-AdU clash at 12:30 p.m, and the UST-University of the East contest at 4:30 p.m.