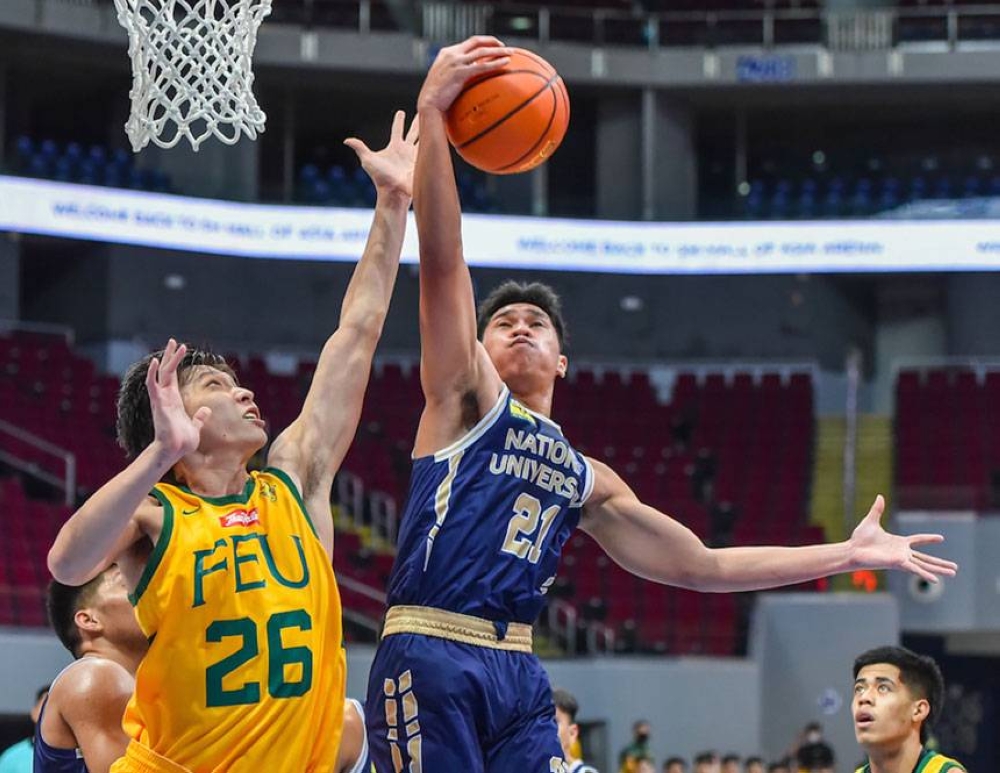 Despite Abarrientos’ hot-shooting game, the Bulldogs managed to keep within striking distance of the Tamaraws, thanks to John Lloyd Clemente, Michael Malonzo and Shaun Ildefonso’s efforts.

NU erased a 60-64 deficit with an 11-2 run capped by a Malonzo 3-point play completion to take a 71-66 lead with 38 seconds left in the fourth quarter. RJ Gonzales pulled FEU within three with a putback, and the Tamaraws managed to steal the ball on the ensuing play.

Xyrus Torres, though, missed his three-pointer as Jake Figueroa sealed the win for the Bulldogs by making a pair of free throws off a foul with 1.8 ticks left.

Clemente finished with 18 points, nine rebounds and six assists, while Ildefonso punched in 14 points and seven rebounds for NU, which improved to a 2-2 slate, good for the third spot at press time.

Malonzo added 13 points and six rebounds as Robert Minerva got nine points and eight caroms for the Bulldogs, who trailed by as much as 12 points in the first half.

Abarrientos, who hit seven triples and shot 11-of-21 from the field, also notched five rebounds in his career game as Royce Alforque added 13 points, three rebounds and three steals.

Gonzales chipped in nine markers and six boards for the now 1-3 Tamaraws, who scored one field goal only in the last five minutes of the game.

NU will shoot for its third win against Ateneo de Manila University on Tuesday at 7 p.m., while FEU will try to snap its 3-game skid against University of the East earlier that day at 4 p.m.