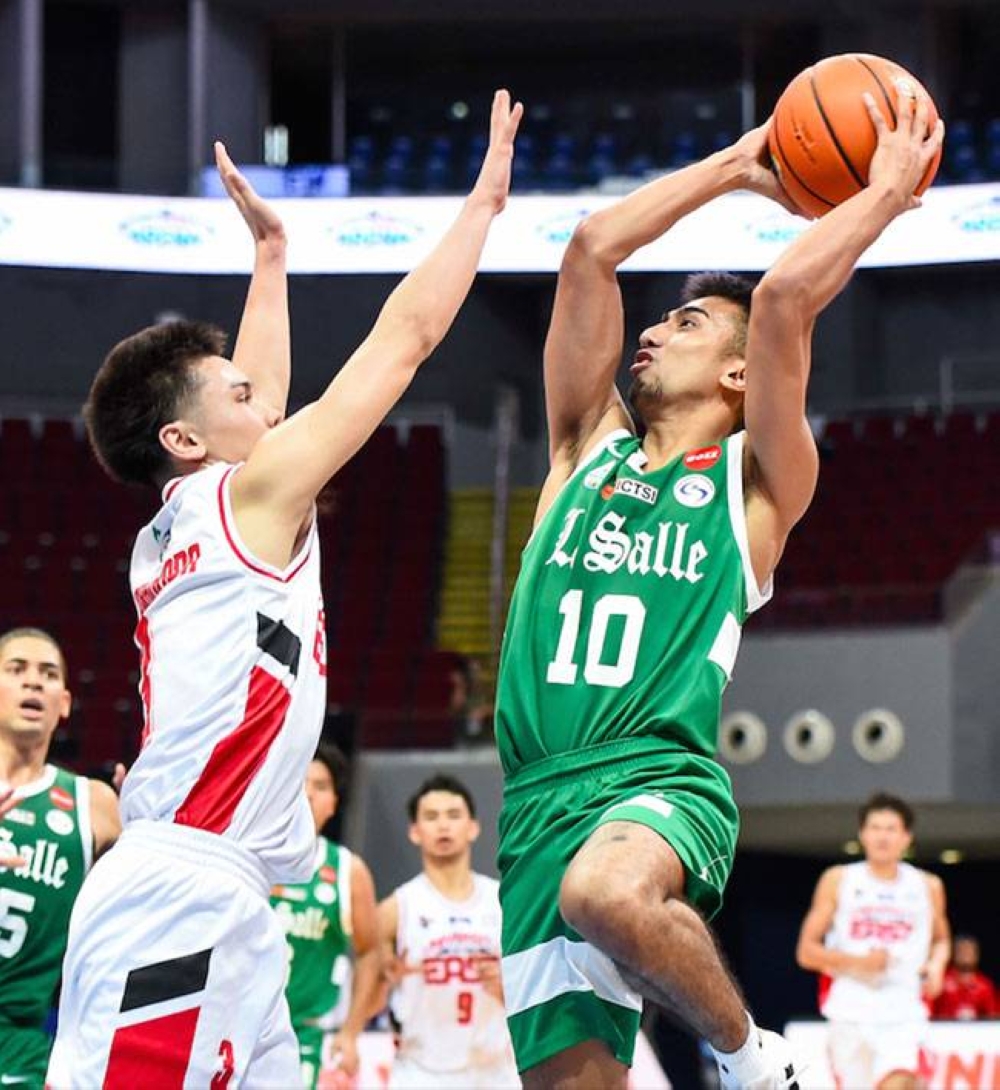 De La Salle University’s Evan Nelle goes for a jumper during the La Salle-University of the East match in the UAAP Season 84 men’s basketball tournament on Thursday, April 21, 2022, at the Mall of Asia Arena in Pasay City. UAAP PHOTO

The Green Archers-Tamaraws battle is set at 10 a.m., serving as the first game of the day’s quadruple-header.

It is a crucial game for La Salle as a win over FEU coupled with an Adamson University (AdU) Soaring Falcons loss to Ateneo de Manila University (AdMU) Blue Eagles later in the day at 4:30 p.m would book the Taft-based school a spot in the semifinals.

A loss to the Tamaraws, however, would leave the Green Archers still in danger of missing the Final Four.

La Salle is coming off a 69-72 sorry loss to the University of the Philippines (UP) Fighting Maroons on April 23.

With the Tamaraws also out to keep their Final Four hopes alive, the FEU-DLSU tiff could very well be a dogfight almost similar to their first round encounter when the Green Archers won, 75-65, on March 31.

FEU is coming off a huge 91-61 victory over the University of the East (UE) Red Warriors last Saturday, when the Tamaraws shot 16-of-37 from beyond the arc.

“Well, for a coach it’s always refreshing to have your players shoot that well, but what we really need right now is us really gaining the confidence that we need going into the crucial stage of the tournament,” Tamaraws head coach Olsen Racela said.

“So, right now our focus is our next game which is La Salle. I think that’s the most important game for us for this season right now, so we need to prepare,” he added.

It is indeed the most important game yet for FEU as a loss to La Salle will put the Morayta-based team on the brink of elimination.

La Salle, AdU, FEU, National University (NU) Bulldogs and the University of Santo Tomas (UST) Growling Tigers are still in contention for the last two Final Four berths. In case of identical records at the end of the elimination round, ties will be broken via playoff games.