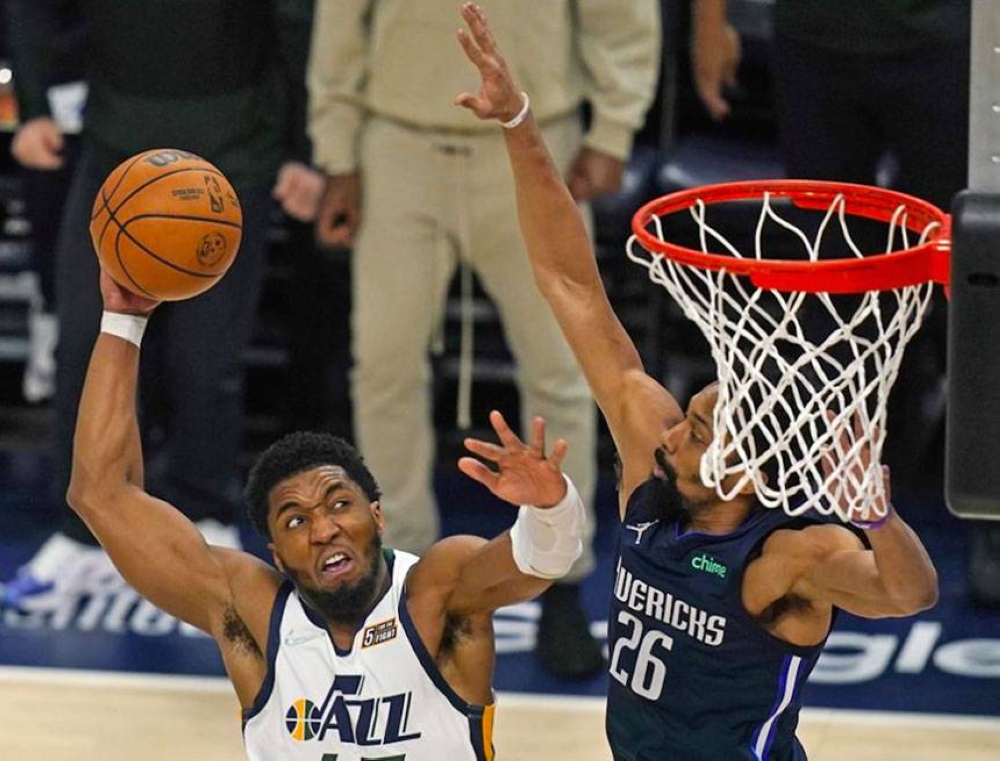 SALT LAKE CITY: Rudy Gobert gave Utah the lead with an alley-oop dunk with 11.0 seconds left and the Jazz held off the Dallas Mavericks, 100-99, on Saturday (Sunday in Manila) in Game 4 to tie the first-round series.

Spencer Dinwiddie missed a 3-pointer at the buzzer for Dallas.

Utah held the Mavericks to 18 points in the fourth quarter after surrendering a double-digit lead in the second half. Dallas made just two baskets through the first seven minutes of the fourth and shot 33 percent overall in the quarter.

Jordan Clarkson scored 25 points for Utah, Donovan Mitchell added 23 points and seven assists. Rudy Gobert had 17 points and 15 rebounds — 10 off the offensive glass. He was 3 of 8 from the free throw line in the fourth quarter and 9 of 18 overall.

Dallas star Luka Doncic had 30 points, 10 rebounds and four assists in his return from a three-game absence because of a strained left calf.

“Getting my wind back,” Doncic said. “A little bit tired now but it felt great to be back.”

Game 5 is Monday night in Dallas.

“We were down 12 at the half and we stayed the course, and it came down to the last possession,” Mavericks coach Jason Kidd said. “If you’re on the road in the playoffs and it comes down to the last play, you can’t ask for a better situation.”

After going 3 1/2 minutes without a basket, the Jazz took a 95-94 lead on Mitchell’s layup with 1:27 remaining. Doncic answered with back-to-back baskets to put Dallas up 99-95.

Mitchell converted a three-point play to bring Utah within one. Powell missed a pair of free throws with 19.8 seconds left, opening the door for Gobert’s winner.

The Jazz doubled Doncic on the final possession, forcing him to kick out to Dinwiddie on the right wing for a 3-point shot that fell short.