An attendant fills a motorcycle gas tank at a gasoline station in Delpan, Tondo, Manila, on Mar. 22, 2022. PHOTO BY MIKE ALQUINTO

THERE may be a silver lining to the painfully expensive pump prices seen these days that stem from the problems in Eastern Europe. Over there, the situation suggests the fighting will unlikely end soon, not even with the military setbacks suffered by the Russians against Ukrainians defending their homeland. With that, immediate relief from the costly fuel prices may not be forthcoming.

On the bright side, the pain associated with paying a lot more for fuel will hopefully convince policymakers and others in government to accelerate the transition to “green” energy. And with pump prices likely to remain elevated, there should be urgency to finding solutions that will lessen or even end the dependency on fossil fuels.

High fuel prices not only hurt motorists. They are also inflationary, meaning the prices of just about everything else also increase. According to the latest report, inflation is already at the upper bound of the government's target for the year. Economic managers are scrambling to contain inflation, which is approaching double digits in other countries.

High inflation threatens efforts to recover from the economic impact of the Covid-19 pandemic. In the US, the response was to raise interest rates. But that will constrain spending and investments, which are needed to bolster the American economy. As much as possible, the Philippines should avoid following that move.

On the consumer front, households are also struggling with high commodity prices that were exacerbated by pricey fuel. With wages not rising as quickly as inflation, people are simply making do with less because of their diminished buying power.

Increasing wages may be the wrong response to this situation, though. For one, that would push inflation even higher. Second, many enterprises cannot afford it now when they are still recovering from the health crisis. But as mentioned earlier, there may be a bright side.

Recently, the Department of Trade and Industry (DTI) proposed to eliminate tariffs on electric or e-vehicles. And at a public forum sponsored by this newspaper, Trade Secretary Ramon Lopez said the zero tariff may apply to e-vehicle parts and components, hopefully for the next three years.

At present, the import tariff on e-vehicles is 30 percent. The DTI believes that suspending it will, as Mr. Lopez explained in a statement, “…populate the market with e-vehicles.”

Actually, the government should do more. In other countries, for example, tax credits are also given to e-vehicle buyers, but at least the DTI proposal will be a good start.

Of course, the advantages of converting to e-vehicles might be negated if they are charged with electricity generated by fossil fuels. Fortunately, more attention has been given to renewable energy during this campaign season. Perhaps many of the candidates' ideas will become actual policies and programs soon.

On an arguably positive note, public resistance to nuclear energy also seems to be softening. While it is not a renewable energy source1, nuclear power does appeal to some people because it does not emit greenhouse gases, and it addresses the baseload requirement.

Granted, the impact of these developments may not be felt until much later, but the pivot to green policies now has urgency because of the high fuel prices. In other words, weaning the country off oil has become a necessity, if not more popular.

Meanwhile, the government should resist calls for suspending the excise tax on fuel. A safety net, like a direct subsidy to public utility vehicle drivers, would be better than foregoing tax income that could be generated from those who can afford to pay more for fuel. Also, the disbursement of those subsidies should be exempted from the election-spending ban as soon as possible.

To contrast, one of the perils of making fuel more affordable is that this will make policymakers, perhaps even the next government, complacent about adopting changes that make the country less dependent on oil. There will be less pressure to implement the laws enacted and to pass new ones that diminish our thirst for petroleum.

The pain suffered at the pump might be worth it in the end, if it results in green policies gaining momentum. 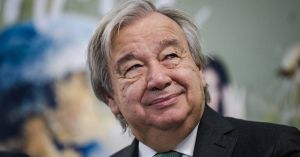 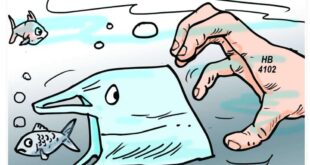 Save the environment, minimize or terminate use of plastics 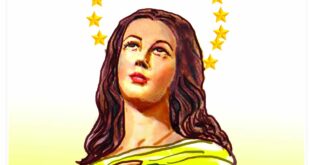 Remembering Mary, Mother of Godon the Feast of Immaculate Conception 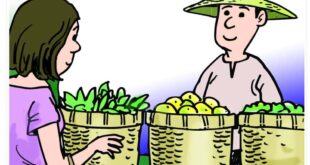 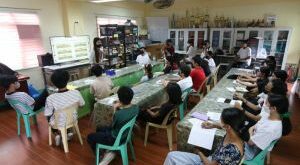 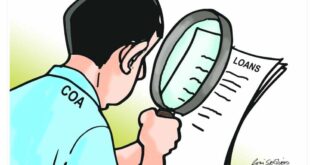 At the height of the pandemic, the Philippine government had to take out loans just …